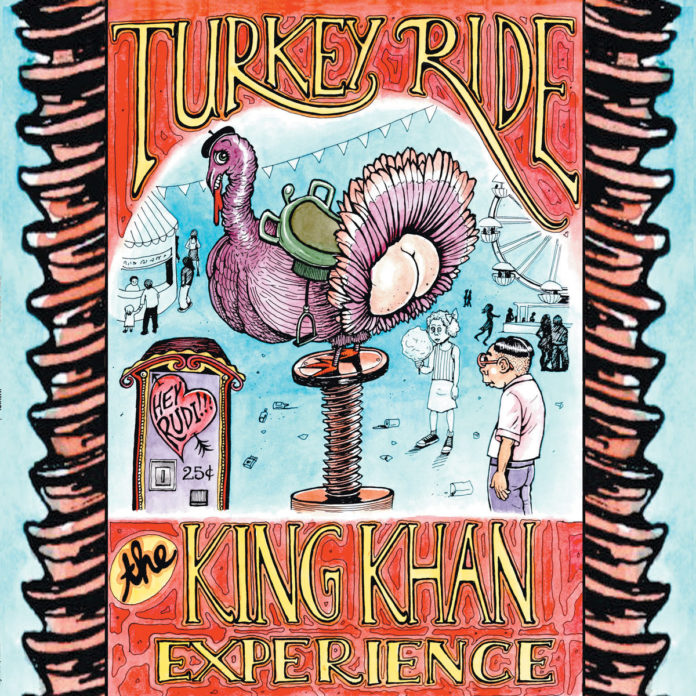 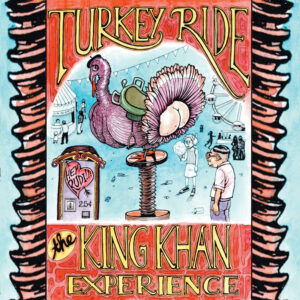 Canadian garage chameleon releases a mixed bag solo record which sheds a light on his beginnings and shows crumbs of what he would go on to create with The Shrines.

Over the last 20 years, King Khan has produced some fantastic modern-day stripped-back garage rock records with his numerous groups like the BBQ Show (his duo with Mark Sultan), and especially with his garage-psych outfit The Shrines. Now has come the moment for him to don the moniker of King Khan Experience and release a record of songs that he has compiled over the last 15 years. Recorded with numerous collaborators whilst on various trips through Europe, the album shows the seeds that would grow into some of his best work but unfortunately fails to hit the mark consistently enough over its thirteen tracks.

The album kicks off with the title track, a drunken Stones-like blues number, but it’s the two songs which follow that start to show the potential that he had back then. The grooving soul-inflected Otis Redding tribute Fa Fa Fa (Love Song) surges along with a winding tremolo-laden riff as Khan croons at his sweetest over the top, before the following Come Levitate Me flits in with a psych-garage style. The touches of flutes and organ that skip out add an almost Haight Ashbury 60s acid-trip air. They are flourishes that worm their way into your subconscious and linger long after, and that’s when the bouncing rock rhythm hits with the infectious Hey Rudi. It’s a fairly strong run-through of his styles that lead you to the middle of the record, made all the stronger by a great version of Jaques Dutronc’s Le Responsable, but what follows makes clear that it’s a pretty front-loaded album.

Bob Log Stomp, a homage to one-man blues garage rocker Bob Log III, is basically a one-line joke about finding out someone has shat in your whiskey, hashed to death with no subtlety, which of course has never been King Khan’s forte as it is. His tribute to Hendrix, Are You Serious, also falls flat, but that’s not to say that the second half doesn’t have its moments. The version of No Regrets brims with more urgency once stripped of his Shrines touches from the version that appeared on their album What Is?!. Knock Me Off My Feet is also a rollicking garage stomper, and his German version of Jay Reatard’s Hammer I Miss You, tightly wound around drum machine beats, is a great addition.

Turkey Ride will definitely appeal to King Khan’s devotees and in parts demonstrates the great psych/soul-garage touches that he would go on to perfect with his later projects. However, for anyone new to his music, there are better introductions. Kick it off with The Shrines’ What Is?! and work your way through to the full King Khan Experience.

Listen to Come Levitate Me and Hey Rudie below: