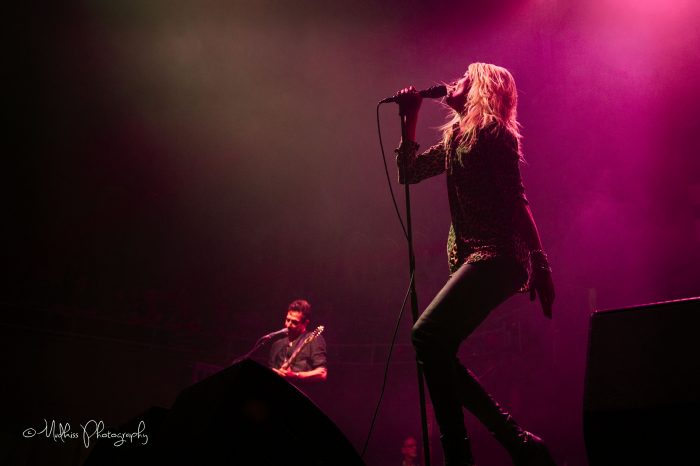 The Kills started their Ash & Ice UK Tour with a sold out show at Manchester’s Albert Hall. Louder Than War’s Katie Clare (writer) and Melanie Smith (photographer) went along to see what Alison Mosshart and Jamie Hince brought to the repurposed Wesleyan chapel. 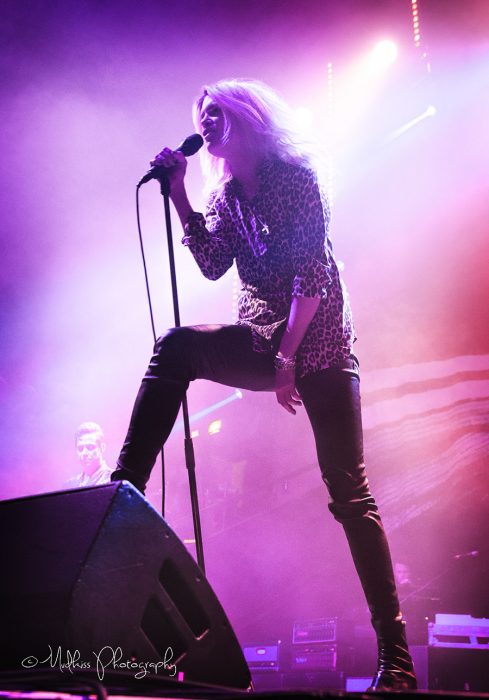 The Kills, fifth studio album, Ash and Ice is something of a departure for The Kills, their visceral sound has been slightly polished up, however, rather than simplifying or stifling their vividness this has in fact expanded their soundscapes, amplified their metrical rhythm’s, skilful vocals and magnified the richness of the duo’s musical arrangements. Starting their show with a Heart of a Dog we find that live the new tracks do retain that fresh sophistication, however, they retain an edge of that rawer rock ‘n’ roll Kills vibe, allowing us to experience the best of both worlds.

There is an hallucinatory overload of incendiary lights, fuzzy buzzy feedback and convulsive shape throwing for URA Fever that should have had everyone on their feet, the majority on the balcony remained seated – how beggar’s belief. Kissy Kissy keeps things feeling familiar; the front rows now well warmed up and making up for the lack of movement up top. Mosshart rewards them with outstretched hand, eye contact or 10/10 score hair tosses … at times she manages all three at once all the while making her voice heard through Hince’s reverb-drenched guitar shredding. 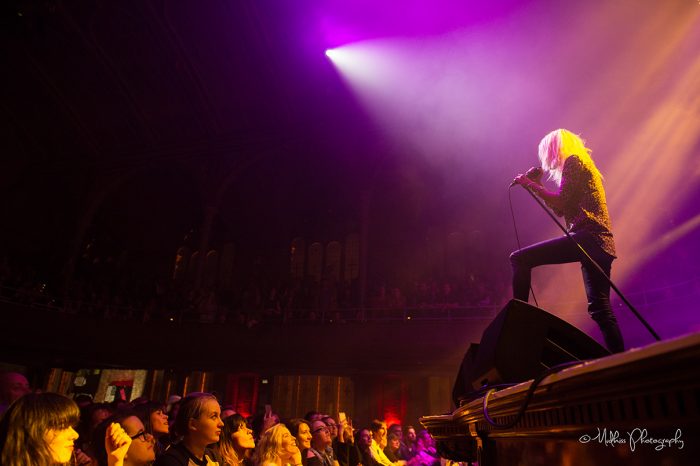 Powering through Hard Habit to Break, Impossible Track, Black Balloon and staggeringly splendid version of Doing it to Death; it is difficult to believe that Hince has managed to go through a tendon transplant and having to relearn how to play guitar, after accidentally trapping his hand in a car door at the start of the year, especially when he is standing right in front of you delivering a virtuoso performance complete with a good natured nonchalant swagger.

It is easy to forget in the maelstrom of big beats, frenzied guitars and songs full of unrestrained reflection on the nature of lost love, lost lust and other muses, the Kills, can do delicate gentleness, not only beautifully but while still managing to vibrate with an abundance of edginess. This shows most powerfully with Echo Home and That Love, which Mosshart performs solo; the raw disillusionment, is almost petulant at times – it is so steeped in romantic angst. 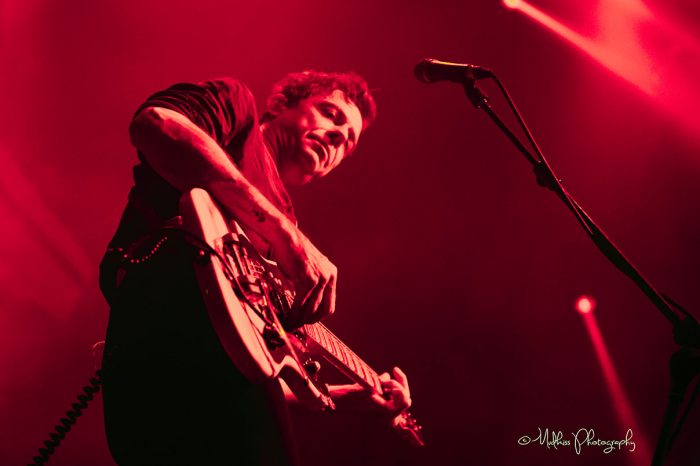 There is less of an encore more a second part as after Mosshart’s That Love solo the band proceeds with three more songs and finally getting the seated standing with Siberian Nights, Last Day of Magic and closing with Fried My Little Brains. The Kills tonight are, as they have always been, vigorous rock n roll firecracker’s with a solid gold line in dirty guitars, husky vocals who continue to perform with a lusty vigour that is as appealing now as it was a decade and a half ago.

The Kills 5th studio album Ash & Ice (Domino Recording Company) is out now and available in x2 LP, CD and DL formats from the band’s official website and from the usual online, independent and high street retailers