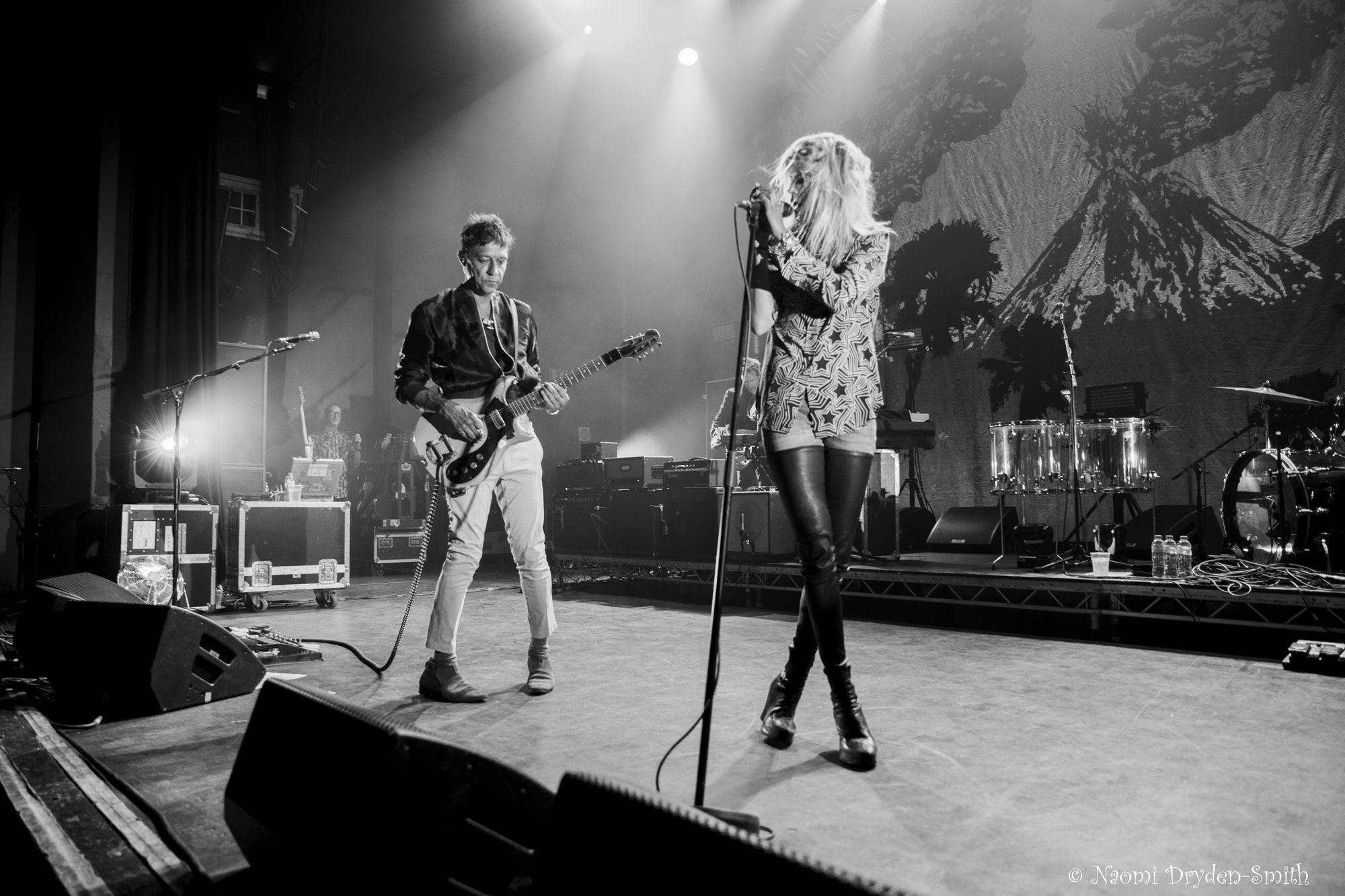 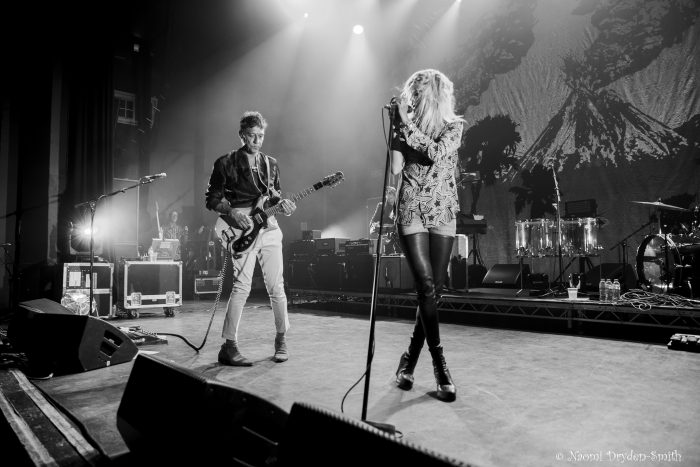 Naomi Dryden-Smith photographs and reports on The Kills’ first London gig this year, featuring material from their latest album and celebrating 15 years of music.

Swaggering onto a stage with a volcano for a backdrop, a casual 20 minutes late, garage-rockers The Kills are instantly forgiven as they storm into Heart of a Dog, from recent album Ash & Ice, their first new material in 5 years. Nothing says rock quite like crotch high boots and hair swishes, and Alison Mosshart dominates the stage from the start, Hince quietly cool and smouldering in contrast. They personify diffident arrogance and detachment and are extremely cool, although equally happy to admit “we’ve always wanted to play Shepherds Bush”. 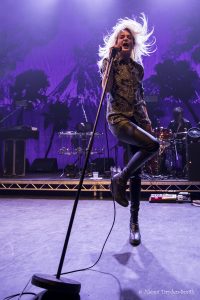 The set showcases tracks spanning their 5 album career so far, although not always the obvious ones, Alison’s vocal at times Siouxsie Sioux or Shirley Manson, at others Joni Mitchell or Lana Del Ray gliding over Jamie’s jangling feedback. Things go up a notch as she struts through Stonesy-Black Balloon, fans clapping out the complex beat like pros, followed by new single Doing It To Death, a song Arctic Monkeys would envy. There’s a slightly lacklustre Baby Steps but pace is regained with a hip-shaking finger-pointing Tape Song, which sits somewhere between Pixies and Yeah Yeah Yeahs.

At this point, security upstairs are trying to manage a frenetic glamorous bunch of headbangers, including Noel Fielding, crammed onto the balcony and definitely not sitting down. The duo pour everything they’ve got into Whirling Eye, another great new song, and finish with Pots & Pans, Alison pounding her special light-up drums and Jamie’s guitar sounding like a helicopter’s landing on the roof – it’s hard not to worry about his newly-recovered finger tendon. The indifference and detachment disappears for a moment when they stand with heads touching, the affection between them obvious, responding to the applause with “ah, that means so much to us”. 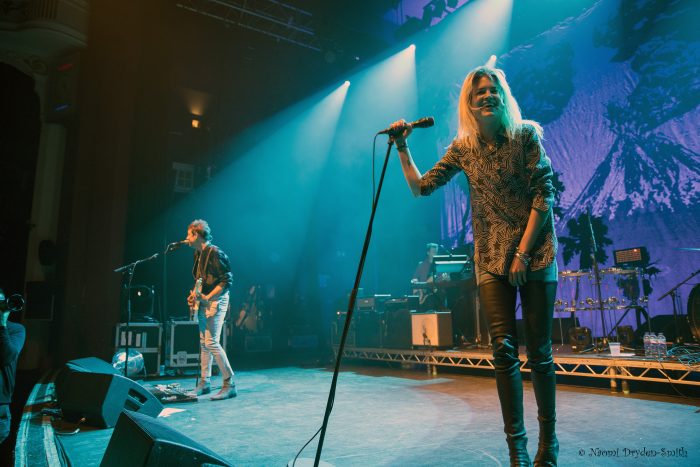 A great gig overall, although query whether stalwart fans who watch them repeatedly would mind that it’s almost exactly the same setlist as the Roundhouse gig six months ago, and all since, and that the staging has been around for a year too. On the plus side, the result is a tight, sleek show with loads of energy and attitude, great lighting and masses, masses of noise.