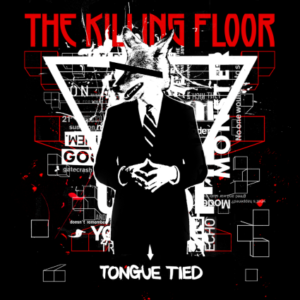 The Killing Floor are a transatlantic three piece that combine simply the best of British and American alternative rock music and delivers an electrifying and bombastic blend of rock, pop punk and grunge.

This four track EP is headed up by new single Corruption Capital and is the lead single off their second album Antisocialmedia, the follow up to their 2011 acclaimed self-titled debut.

With members, brothers Mark and Oliver Alberici from London and Marco Argiro of New York, geography certainly is no problem for this band. Having met by chance over a mutual working relationship with producer Mark Plati (David Bowie, The Cure), The Killing Floor’s credentials were destined to be great right from the start.

Corruption Capital leads this EP and what a starter it is. With a baseline and riff that Matt Bellamy only dreams about, the harmonized vocals kick in and seconds in to this track you already know The Killing Floor aren’t your average ordinary early career rock band. They seem to have already lived and breathed both American and British rock/metal. There are hints of Muse, Disturbed, Iron Maiden, Stone Sour, QOTSA and even The Stereophonics in just this one song!

Backs against the wall starts a very quieter affair compared to the distorted lead track. This is more heartfelt rock in an almost Feeder-esque mould, but with an unmistakable American classic rock bent.

Catalina has a great riffage throughout, as well as the harmonies and big rock sounds that this band just ooze. It really is quite hard to believe that this EP is part of this band’s sophomore output. These songs are BIG and tight!

Final song High is an absolute joy to listen to. Channeling their inner Ramones/punk sensibilities, this track just rollicks along at 100 mph and just puts a massive grin on my face. In comparison to the previous three tracks, it could seem a little incongruous as its tempo and lyrical content is so simplistic, but on multiple listens to the EP in full, it just seems to make perfect sense! Just a great fun band. Catch them live in a small venue when you can.