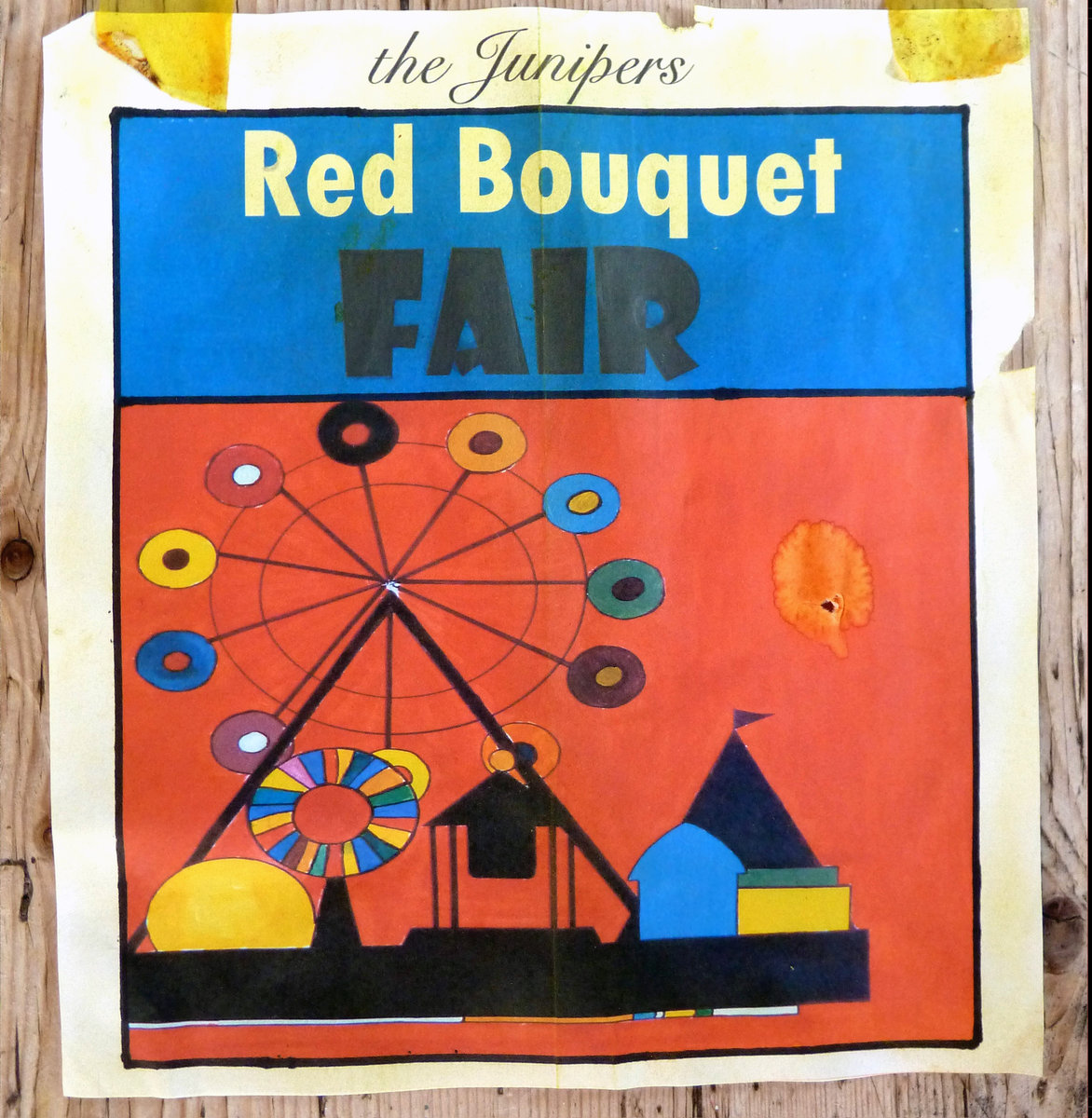 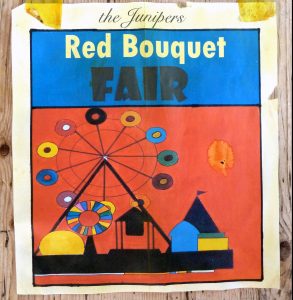 The Junipers are a psychedelic pop band formed in Leicester in 2000, who have been releasing excellent material since their formation with their latest release Red Bouquet Fair gaining rave but hushed reviews across the board.

Similar in terms of the initial reception Nick Drakes albums received, Red Bouquet Fair has been released without much fanfare, but more than deserves the sames accolades as the above referenced folk genius. An album of beauty, with harmonies to take your mind away to a land filled with green summer grass, sunsets on the beach and a ice cool lemonade with a red striped straw, this is the album to listen to whilst you blissfully dreaming of holidays and for taking your cares away. I interview the band who give their low down on their background and who has influenced them:

Can you give us a bit of a low down and your musical backgrounds?

JOE: my sister got into the Beatles. I used to nick her stuff & listen to it in secret. Saw Anthology on TV & that was it. Hooked on Beatles & ’60s & intrigued by the psychedelic era. Brian Matthew’s Saturday morning radio show sounds of ’60s too. Put me onto all sorts.

ROBYN: I’ve been playing in bands since I was 13.  Heavily influenced by the records given to me by my mum, when I was a pre-schooler.  (Beatles, Simon & Garfunkel bags of ’60s singles).

ASH: Always a lot of music in our house growing up. My Mam was a singer and my Dad played classical/flamenco style guitar so learnt a lot from them. Started off playing clarinet and sax then moved onto guitar and bass.

BEN:  I had 3 older brothers who all played, so it was always there as an influence.

PETE:  I wanted to be in a band from age of six. Best mate Joe begged me to join his psychedelic pop band an early version of The Junipers in 2002.

Why did you decide to pick up an instrument in the first place?

ROBYN: I wanted to be a Beatle for as long as I can remember.  Watching the Monkees in school holidays during the ’80s as well.  I’ve always wanted to be in that sort of gang!

JOE: I wanted to play drums after seeing Ringo on Beatles anthology on TV. Wasn’t allowed a kit cos it was too loud, so i turned my attention to guitar.

Who were your favourite bands growing up?

ROBYN: Beatles, Beach Boys and Simon & Garfunkel… oh and The Muppets and BBC Sound Effects. (All pre-teen records I hammered to death.)

JOE: Beatles, Hollies, Beach Boys were my main bands. Got into other styles along the way like folk, country & ’70s bands also.

ASH: Listened to a lot of Stones/Kinks/Neil Young/The Band growing up.

PETE:  Fave bands as a kid were Status Quo & Beatles.

Were you all friends before you got together as a band?

Yes. Previous bands together (and all good mates, in advance).

Did you naturally fall into the sound that you have successfully released material with?

JOE:  We’ve never forced a particular sound. We all have very similar record collections & have grown up listening to pretty much the same stuff as each other.  Which is pretty lucky really. We will all naturally refer to the music we know & love & that happens to be older music. Usually ’60s or ’70s. But we all have our own new bands & music that we like which will come out in our sound now & again.

There’s a distinct summer west coast guitar sound to your releases so far. Why was this chosen as the sound to the releases?

JOE: It’s down to Brian Wilson & Curt Boettcher mainly.  When I first heard the Sagittarius album Present Tense & the Millennium album I knew that was the sound I personally wanted to try to achieve. We record & rehearse in our own studio in an old factory in Leicester.  So we try to play music that makes us feel like we’re in the sun or in the English countryside & not in the centre of Leicester on a cold Tuesday evening.

Are the releases all band efforts or is there a main singer writer?

ROBYN : Joe is the creative well here.  The songs are written & then we all get together & see if we can make them sound half decent.

What’s the plan for the band in the future?

JOE:  Just to keep at it for now. As long as we enjoy it we’ll keep doing it. It’s just a social for us & a bit of fun making music. We don’t take ourselves too seriously.

ROBYN: More albums and singles.  We’re recording the follow up to Red Bouquet Fair at the moment. Then, we’ll do another one… I hope! 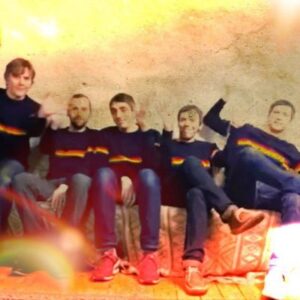