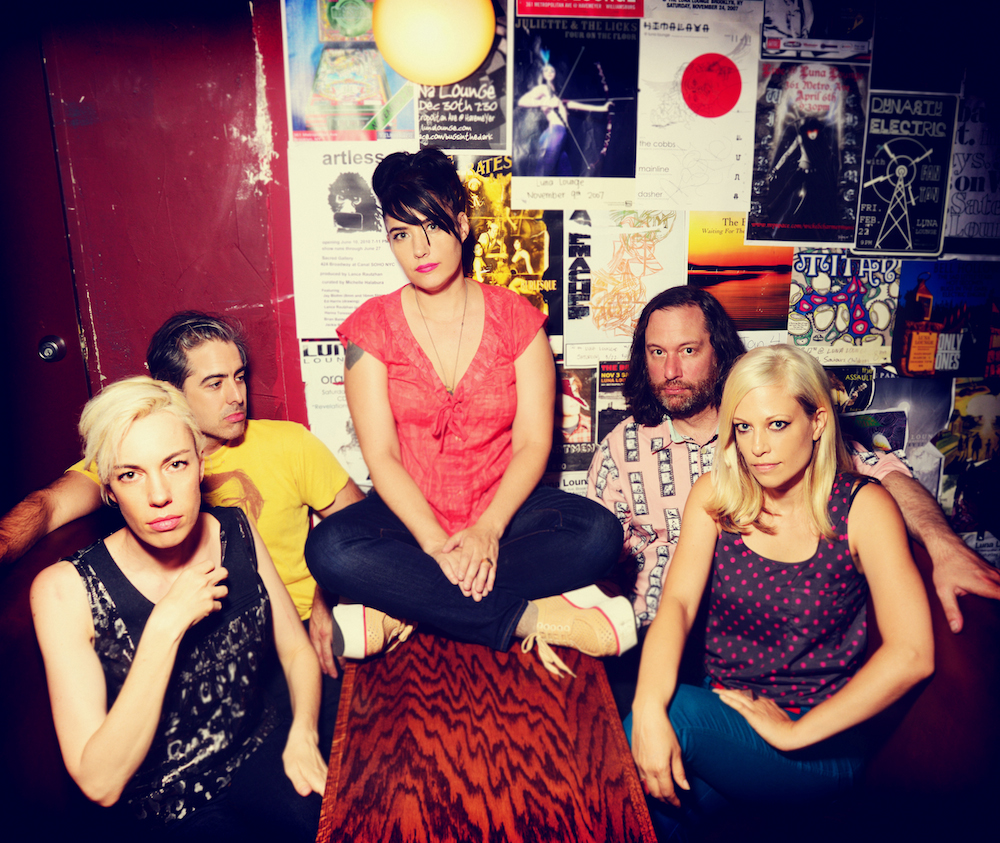 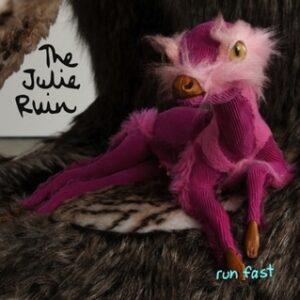 Punk hearts will swell for The Julie Ruin. Louder Than War hears the debut album from a band with a raucous history.

Released last September, ‘Run Fast’, the first album by The Julie Ruin, remains vital in 2014 and beyond. Lead singer Kathleen Hanna has roots in initiating the ‘Riot Grrrl‘ punk scene of the 1990s. After an eponymous solo album in 1997, The Julie Ruin are now reborn as a full-on band. On ‘Late Night with Jimmy Fallon’, they did what few bands can still do – kicked the stuffing out of safe television and ripped up the studio with a storming performance of the single ‘Oh Come On’. They were like a time-bomb celebrating the chance to explode. Driven by Carmine Covelli’s thundering drums, the garage-punch guitar of Sara Landeau, the dreamy bass of Kathi Wilcox and the cabaret-stab keyboards of Kenny Mellman, there’s a mighty spine for Hanna’s raw honeycomb voice to wrap around. Her singing carries the knowing anger of a laughing fighter. She’s been battling the near-debilitating illness of Lyme’s Disease for several years and her vocal stance is one of resilience and joy.

Kenny Mellman adds vocals on ‘Party City’ where, in America “every day is such a lie”. He busts into ‘Oh Come On’ and the Wacky Races fast jazz of ‘Kids in NY’ like a flustered Dr.Gonzo eager to hit the road. On the track ‘South Coast Plaza’, he leads a broken opera of memories that can’t be relived, “when we thought the world was ours”.

The 13 songs here are beat stories, reflections of moving away from the fading distance of the past, statements of identity and self-affirmation. They summon pictures of a need to move forward, to escape the encasing heavy brick of over-familiar streets. Streets that you want to paint on, to brighten, to make more exciting. Streets that made you and are still home. It’s a lift your arms, scrunch up your face, sling back your head and swear at the moon album. It has an energy that works a pathway into the core of your being. 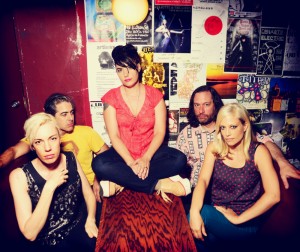 ‘Just My Kind’ stands out as a piss-take love song that works. A loose tango slinks confidently under an arch forward-stepping piano riff. The lyrics hit true expressions of feeling without being mawkish. From simply stating “I like your voice on the phone” to “I really like how you know my mind”, this could be Hanna’s poem to her Beastie Boy husband Adam Horovitz. Verses like “so many summers are gone, so much that we’ve been through, but don’t you know that I’m just getting started with you?” speak to us all about long-term soul mates. Spacious bongo scatterings enrich the sound and this track pulls off another rarity – a genuine, unschmaltzy love song.

There’s fluid harmonising on ‘Lookout’ and more cartoonish fun on ‘Girls Like Us’, evoking the humour and New York atmospheres that underpin this album. Track 12, ‘Stop Stop’ is a spit-back at the frustration of being ruled by a condition. Sara Landeau’s guitar soars with Hanna’s disrupted synesthesia lyrics, carrying immediacy and growth with an undiminished fire. The closer is title-track ‘Run Fast’, with Vangelis-like morse-code scattered keyboards and vast guitar-scapes that shine over a pulsing backline. It drives away into unknown horizons with a full tank of gas and a sarcastic expression.

Kathleen Hanna’s life is currently the subject of a documentary, ‘The Punk Singer’ and her story naturally forms a centrepiece of any review – but it’s worth noting that The Julie Ruin are a band naturally bonded, with a fused sound as sudden in freshness as it is strong in experience.

Check out the video below for album track Goodnight Goodbye…

All words by Adam Webbow. You can find more of Adam’s writing on Louder Than War at his author’s archive & you can check him out on Twitter where he goes by the handle @adwebbow.

Watch this! Video exclusive – The Scaners drop new video for...