As we reported back in February “John Peel‘s record collection is to be made into an interactive online museum”Â¦” Today that museum has opened it’s (virtual) doors.

I don’t think anyone will contradict me when I say that today see’s the zenith of that “exciting”, for today, as those of you who follow @JohnPeelCCA (or indeed the erstwhile @keepingitpeel whose solid blogging / tweeting / podcast creating work all year round is doing as much as anyone to keep Peel’s memory alive) will already know see’s the start of an extraordinarily ambitious project to make available to us, the public, virtual access to John Peel’s record collection (“one of the most important and eclectic modern music collections in the world”) via an online archive.

With a rumoured 25,000 LPs, 40,000 singles and “many thousands”Â of CDs it’s going to take a long time to get everything up online, especially as the people behind it aren’t rushing things, promising to upload what at first could be considered a modest 100 record a week but in reality I suspect will be a perfect amount. 100 records a week should hopefully give us the opportunity to wallow in each weeks selected uploads rather than overload us with swathes of information. (Apols to the guys behind the archive – I’m sure to you 100 records a week seems really ambitious & will entail a hec of a lot of work on you part). 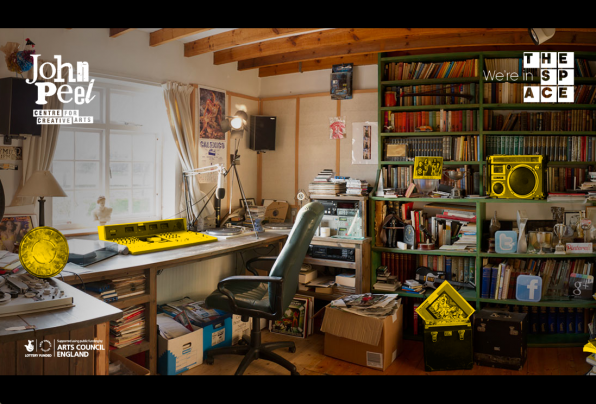 Although not every record will be streamable the people behind the John Peel Archive have promised there will be plenty of streamable material. They will also be using offsite streaming links courtesy of, for instance, Spotify. Also promised are lots of extra tidbits & other interesting stuff. For instance, as readers of Peel’s biography will remember he had quite a methodical approach to each new record he heard, hand typing out a card for each one. The card included a score in the form of stars, 1-5. Famously when he heard Teenage Kicks for the first time he burst free from his constraining 5 star system awarding it 28 stars. Dunno about you but I’d have loved it if there’d been someone videoing that event.

And talking of video’s apparently there will also be quite a few video’s on the website too, including some from Peel’s own private home video collection. Another thing to get excited about is detailed information about the record sleeves, front & back, plus out of each 100 records one will be chosen & highlighted as a “feature” album. I would definitely not like to be the person choosing that record (unless there were the option to go “oh f**k it, we’ll feature them all”).

You’ll also find on the site an introduction by Sheila Ravenscroft, (Peel’s wife of course), plus Peel sessions with links to Spotify & a particular favourite of John Peel Soundclips which include such delights as “A Typical Intro” and “John On Celebrity Pictures” – listen on The Space itself or to one of the clips below.

In these days of massive cuts to all sections of Arts it is reassuring that for important things such as this money can be found & a huge hat tip is in order not only for the people who funded it (Arts Council England & the Lottery plus advice etc from the BBC) but also to all the people involved in getting the archive up and running.

It only seems right to leave the last words to Sheila Ravenscroft:

“I think people are going to be very interested as to what’s in the collection”Â¦.They will be amused and intrigued by it.”

Appetitte whetted? Then waste no time & get yourselves over to the home of the archive, The Space.