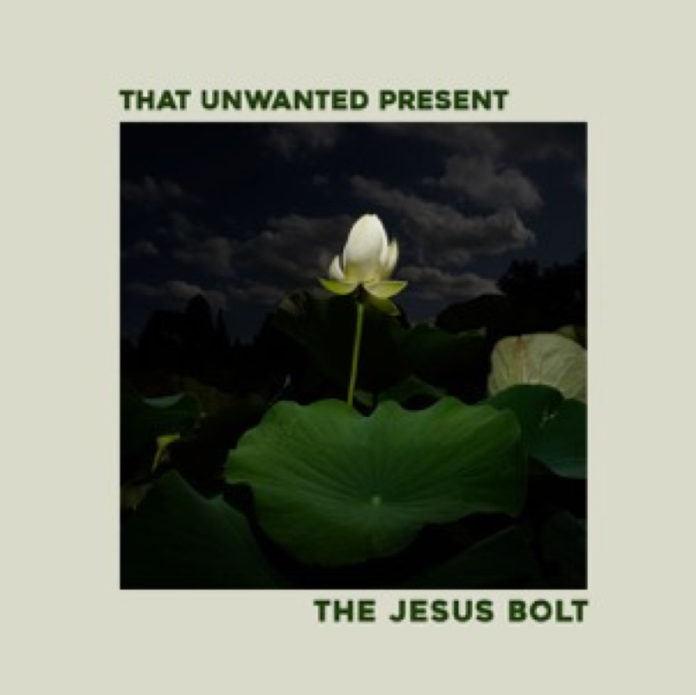 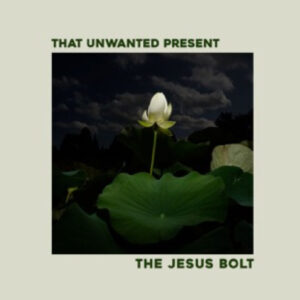 The Jesus Bolt  – That Unwanted Present EP  (Self Released)

I have written about crazy-cat-lady, creative incontinent and low-key genius, Hazel Winter before….several times…  this is the second EP by her ‘other band’, a partnership with love interest Gerard Starkie.

He is in fine voice on Nervous First Time Caller, despite a vaguely-seedy bit of role-playing as a tash-wearing medallion man.  The song reminds me of the wonderful Rockingbirds and the musical double act of Wreckless Eric and Amy Rigby and the video, directed by Hazel, has the Kitten Of Love as scene-stealer.

Hazel Winter was on her way back from an audition  for The Liver Birds: the Musical it seems from her groovy look.

Gerard Starkie;  ”The first line , “Nervous First Time Caller, stand away from your radio “, came to me one morning listening to a radio phone in. …. it’s basically about saying essentially nothing, very loudly, in an attempt to be popular. Or at least to appear relevant“

Hazel Winter;” I was thinking about what to do with the video and remembered Kitten Kong in an episode of The Goodies in the 1970’s. As I happen to live with a kitten who is already Spiritual Adviser to The Jesus Bolt, the rest was easy”

The rest of the EP you can hear and buy here on Bandcamp or contact Bernie the Bolt for a CD. (Now that was a reference which ages me!)