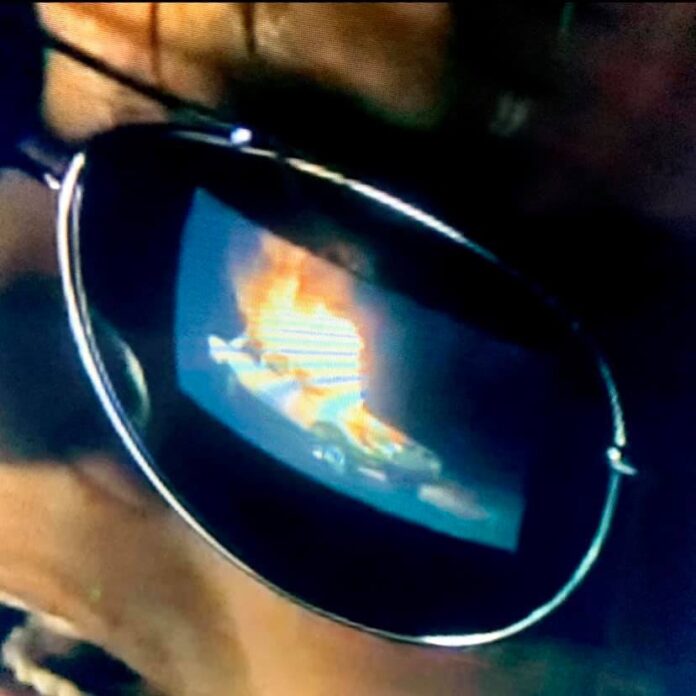 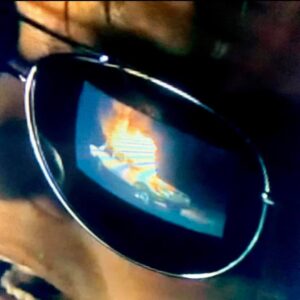 The Jesus Bolt are Hazel Winter and Gerard Starkie who you may remember from such indie luminaries as the Blue Aeroplanes (her) and Witness (him). Together, (they name themselves after a vital piece of metal in a helicopter blade) they are the Peters & Lee, the Sonny & Cher, the Beyonce & Jay-Z of Bristol boho-indie, despite both being from The North.  They have a full-grown cat who is STILL called the Kitten of Love and they make music like this…

There has got to be a typically-Hazel real-life story behind this song, c’mon Ms Winter, give us the background to the song lyric:

1983. 3.00 am in the morning,  I was blundering around drunk and alone near the City Ground in Ashton (Bristol), which was a shame because I was hoping I was in Montpellier, and there was a car on fire in the middle of the street.

Fast forward to 2000:  I’m driving over the Cumberland Basin and someone irritatingly toots their horn at me and flashes their lights. Driving into Ashton people are waving and I’m waving back thinking: “I love south Bristol, it’s so friendly”.

Then a bloke runs alongside my car and flags me down and I realise the car is on fire. I climb out in slow motion and it explodes.

Later I realised it had blown up on the same spot in the road as the burning car I’d seen 17 years before.

So it’s 2020 and we’re recording the song and I’m telling this story to the drummer, and the engineer was listening from the control room and he walked into the live room and said:

“I saw you. 20 odd years ago. You drove past me by the City Ground with a fireball under your car”

There are stranger-things in heaven-and-earth. That is a crazy cosmic coincidence man!

It’s the first track off our debut album The Kid Got Electric which will be released on 12th November 2021.

Of course.  It is actually a real grower… I love Hazel’s vocal – she is a real original.  I have written about her and the band before: here and here as well as about her role in Flux Capacitors – and still only the few appreciate her greatness.

Her toyboy beau is not without talent – actually he’s one of the UK’s most under-rated folk/rock songwriters in a UK ‘Americana’ style.  Check out this….

Add to that the idiosyncratic wild-woman creativity and humour of Winter….

…. and as you can imagine, the Jesus Bolt debut album should be something very special indeed and utterly unique.

If you are ever driving round South Bristol, keep ’em peeled.