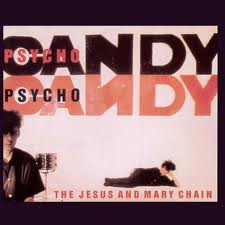 “Psychocandy was meant to be a kick in the teeth to all of those who stood in our way at the time, which was practically the whole music industry. in 1985 there were a great many people who predicted no more than a six month life span for the mary chain. to celebrate the approaching 30th anniversary of the album, we would like to perform it in it’s entirety. we will also perform key songs from that period that did not feature on the album.” – Jim Reid

“”when they released this album in 1985 they were the best band in world this is just a fact,
A truly seminal rock n roll band, without them so many other bands after them would have never found there way forwards in a musical sense.
The first band I ever worked with that i loved and 30 years later still love. Psychocandy is a modern day classic its timeless and deserves your attention again,The Reid brothers are real scottish heroes.They changed rock music forever.People love them and they deserve that because they mean it..Long may they rock n roll”” – Alan McGee

In November 1985, The Jesus and Mary Chain’s landmark debut album Psychocandy was released.

In anticipation of that album’s 30th anniversary, The Jesus and Mary Chain will be performing Psychocandy at three UK concerts in November 2014 — their opening salvo in what threatens to be a host of live onslaughts, festival dates and other special plans from the band in the run-up to Psychocandy’s anniversary date next year. The last time The Jesus and Mary Chain appeared in the UK was at their sold-out shows at The Roundhouse and The Forum in London in 2008.

A violent and electrifying presence on the ‘80s and ‘90s scenes, The Jesus And Mary Chain mirrored the convulsive zeitgeist of their time. Not only did they have a profound impact on the music of their generation, they also played an integral part in shaping the future sound of British music.

The Jesus And Mary Chain’s unique feedback-saturated sound has been an acknowledged influence on generations of bands, while their stark iconic image — co-opted by artists and fashion designers alike — has become part of the genetic code of contemporary cutting edge culture.

Returning to their roots, The Jesus And Mary Chain have teamed up with their original label boss Alan McGee, who is once again picking up the managerial reins. They are the first artists to be signed up to McGee’s newly launched Creation Management.