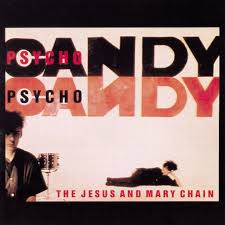 During the mid and late ’80s, the Jesus and Mary Chain’s gigs were characterized by the onstage fights between brothers Jim and William Reid and the crowd. The 1985

North London Polytechnic riots come to mind immediately, Jim Reid himself said after the incident:”The violence then was on another scale. We were quite shocked really.” McGee said to NME back then: “Gigs in the mid-’80s were a threatening experience at times – because it was just after punk – and they had this kind of football element. Once you crossed the boundaries of good taste, it just seemed to appear.”

But last night’s cohesive, direct performance at Groove Buenos Aires suggested those days are clearly a thing of the past. And it showed during the band’s 16-song set full of classics off their extensive career.

The 90-minute show kicked off at around 10.05 pm with the noisy “SNAKEDRIVER” delivering overwhelming guitar distortion and noise that the five-piece band still managed to shape into some of their most memorable tunes.

“HEAD ON” soon followed Snakedriver and the crowd was certainly loving it, I can tell you.

Sonically, we must say the band sounded great, just like taking that vinyl out of its sleeve and playing it in your living room. Jim’s voice sounded as good as ever. You could see that some people in the crowd couldn’t resist jumping straight into a bit of a mosh-pit which reminded some of us of going to gigs when we were 18 or so and well…. despite the young rockers, the audience was basically in between their early thirties and early 40s.

“FAR GONE AND OUT” is a perfect example of the loud/quiet dynamic changes in the band’s music while still managing to make the song extremelly catchy.”BETWEEN PLANETS” and “BLUES FROM A GUN” from their album Automatic soon followed.

There were great moments during the show: the one of “HAPPY WHEN IT RAINS” and “SOME CANDY TALKING” – songs that reminded of their early works as a band.

A few classics then followed until BERNARDETTE, William Reid s girlfriend joined the band on stage to sing “JUST LIKE HONEY” taken from their debut “Psychocandy” one of their biggest hits sung along with great enthusiasm by the audience.

But all good things, as they say, come to an end and as they finished their set proper with that great track, they left the stage before returning for the obligatory three-song encore finishing strong with the single “Reverence” taken from Honey’s Dead, song which reached # 10 in the UK Singles Chart in 1992.

All in all, The Mary Chain’s gig was a solid and slick performance which did not let down their intense fanbase in Argentina.