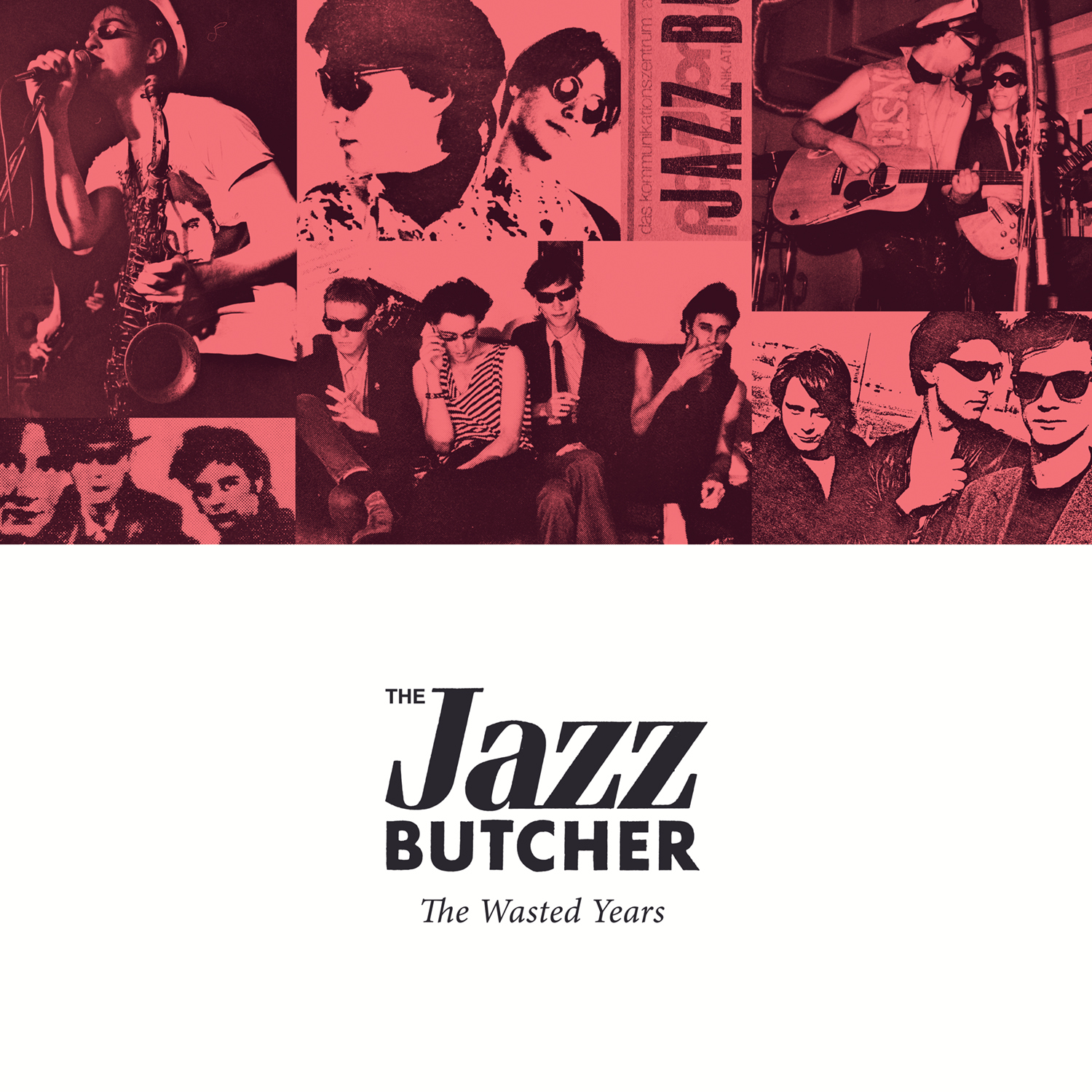 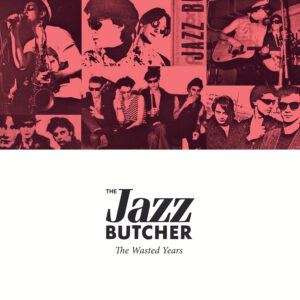 The Jazz Butcher were one of those undervalued indie bands that proliferated in the 80s. Fronted by Pat Fish, with a perfect guitar foil in Max Eider, and joined for a while by a Bauhaus, they sounded like a Monochrome Set/Smiths/Everything But The Girl mash up. Between 1983 and 1986 the Butcher released four albums and a string of 45s for Glass Records. The four albums, long out of print, have been released in a deluxe box set by Fire Records. It feels long over-due, like welcoming back a much loved eccentric uncle who you last saw popping out for some ready rub twenty years ago.

Bath of Bacon, their first album for Glass, has the feel of a confident band knocking off songs inspired by long drunken nights and parties involving too many illegal substances. It feels like a band not quite fully formed. But there are great songs here. There’s the happy hour in the abattoir of the Jazz Butcher Theme, the wonderful mellow guitar and clever lyrics of Party Time, the rockabilly vibes of Bigfoot Motel, the dangers of Zombie Love, and the wonderful Girls Who Keep Goldfish, which is about…err…girls who keep goldfish.

For their next album, A Scandal In Bohemia, the Butcher are joined by David J. of Bauhaus, and it hits the ground running and never lets up. I hadn’t listened to the album in many years and had forgotten just how bloody good it was. This is a band on top form, with a great mixture of clever, quirky, moving songs that once heard, always remain in the mind. It opens with the glorious smooth pop of Southern Mark Smith; a song that in any other universe would have been a smash hit. Maybe it still is. Real Men is a cutting indictment of the male sex. When Fish sings: ‘They ask punk rockers if they’re queer’ and ‘Real men beat up blacks and faggots’, you can’t help but wonder if anything has changed since this classic was first cut. Soul Happy Hour is possibly the greatest song written about drinking ever. Marnie is a stupendous song, falling down like heavy snow on the steppes of mother Russia. A big band back beat to a song about Marnie who is going a little crazy. Alternative songs of the 80s were replete with slightly off kilter, if not crazy, women. Will the snows never cease? Marnie wants to keep wild cats in her room. And why not? Caroline Wheeler’s Birthday Party is a hard rocking, heavy sounding pummelling of the brain with some crazy man rumbling, mumbling ‘Esther’, whilst Fish propounds on ‘big’ things. It’s a song made entirely from the skin of dead Jim Morrisons. Mind Like A Playgroup is a perfectly reasonable philosophy, which features Danny Hopkins, of post-punk band Isolation, on rubber duck. Girlfriend is another perfectly crafted little pop song, with a tune that raises you up and drops you down. It’s moments of teenage love perfectly recounted.

Sex and Travel, their third album, continues in much the same vein, but with a sense of the songs being better constructed and more thought being put into the actual process of writing and recording. It’s a mesmerising mix of sophisti-pop and indie, with a dash of cynicism, weirdness, and a cutting sense of humour. The Human Jungle is sultry, clever pop. Big Saturday is a cross between Everything But The Girl and the Monochrome Set, with lush arrangement and production by John A. Rivers. The typewriter driven rhythm of Holiday recounts the adventures of an Englishman abroad, whilst Only A Rumour is a stunningly beautiful song about how to cope, or not, around other people after a break-up. Walk With The Devil has an excellent opening and build up, until you can almost feel the winter weather in your face and the coldness of your heart. A bitter, beautiful break-up song. The guitar line is as brutal and clear as the vocalist’s brush-off. The album ends with Down The Drain. It’s a quirky little number about drinking, which is funny, and then devastating.

The final album in this set is Distressed Gentlefolk. Here we find the Butcher producing more polished pop songs that pillage the decades to try and create an instant classic. It’s not quite that, but it’s still a forgotten beauty. It opens with the country rock of Falling In Love. Still In The Kitchen has a melancholic, psychedelic sound akin to the Velvet Underground. There’s the jaunty rockabilly of Hungarian Love Song, and the jazzy late night feel of The New World. Domestic Animals muses on those pets who don’t get sex in the spring like their wild cousins. Nothing Special is a lively pop song about doing nothing special. The album is closed by Angels, a melancholic song that sounds like the morning after the night before when something really bad happened.

The Jazz Butcher existed in that part of our lives which was always student digs, disappointing parties and long nights wondering about the meaning of it all with a wry, quirky sense of humour. The songs are full of nervous love affairs in elevators going nowhere and parties of the mind where everything slips into chaotic reality. They are a band well worth re-visiting or discovering for the first time. A release very much recommended.

You can find The Jazz Butcher on line here, and on Facebook.