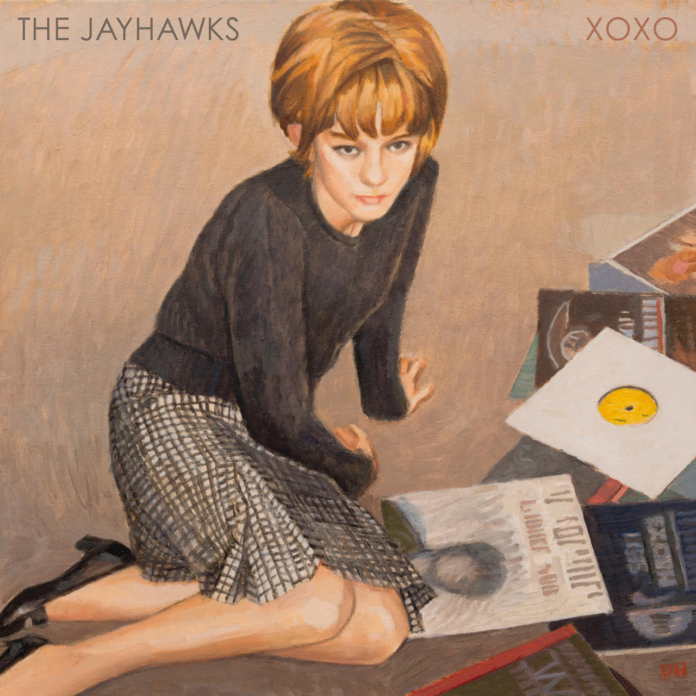 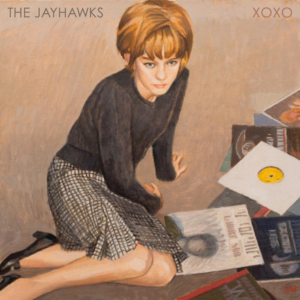 The Jayhawks have given me many moments of aural pleasure throughout the years; their breakthrough record Hollywood Town Hall in 1992 was literally one of the best things I’d heard in years and live, they were (and are) peerless. Losing one of their main songwriters in Mark Olson would have torpedoed a lesser bunch but they came back, led by the irrepressible Gary Louris to record a run of albums that at times bettered their earlier output. Taking in Laurel Canyon-style harmonies, sweet and soulful vocals and clever writing, allied to the bands at times fearsome rockin’, made The Jayhawks one of those bands that should have been huge. Back then, they were probably too alt. country for the mainstream and too punchy and rocky for the Americana crowd but damn, they were great.

Since then, they’ve floated below the mainstream radar to an extent although have been releasing albums as intriguing and immersive as the best of their early output. 2016’s Paging Mr Proust was, a little like this new album, a many-layered beast that was definitely in the category of “grower” as it revealed itself inch by sweetly aching inch.

For the most part, Gary Louris has been the main-man as regards the songwriting department since Olson’s departure in 1995; he’s more than made the role his own and I’ve said it before but some of the later Louris-penned stuff stomps all over any band from any era. I’m still perplexed as to why Big Star from 1997 wasn’t the most massive hit single in the history of music but that’s just me….

Anyway, to this new record which they describe as the first Jayhawks album that has truly been a collaborative effort; all four of the band members had a large part in the writing and contribution process and while one might think that would make for a patchy effort, if anything, it’s the most cohesive ‘Hawks album in some time. They’ve always utilised their core skills of sugar-coated vocal harmonies, chiming guitars and a little flavour of sixties psychedelia and whip-smart lyrics via the ability to get down and dirty and rawk as well; this new album has all of that, of course it does, but it adds in a real groove and blimey, even a bit of funk to the mixture. Over the piece, I was hearing bits of Little Feat (which is not a touchstone one hears very often these days!), the “Some Girls”-era Stones and damn it, even, a smidgen of the honeyed tones of Rumours-era Fleetwood Mac at times.

They’ve taken a lot of influences into this one, that’s for sure and they’ve written about the things around them; a song like Homecoming for instance almost pre-empts the Covid crisis with lines about “the air getting thicker, it’s hard for me to breathe” which could equally be about climate change or in fact the mortality we all have to eventually face.

Dogtown Days (written by drummer Tim O’Regan) is a punchy, driving rocker that echoes Jayhawks of Hollywood Town Hall vintage and catches the band clearly having a ball. There is a real feel of togetherness on XOXO which is reflected in the interchanging lead vocals and instruments. Spending time together at Pachyderm Studios where they lived during the recording has resulted in a collection of songs that are as vital and as sprawling as anything they’ve done before. As mentioned, the songs take a little while of living with them for the full joy to reveal itself.

With Karen Grotberg taking lead vocals (and writing duty) for Ruby, the band effortlessly channel the folk rock of Judy Sill or the gossamer pop of Mazzy Star. Opening song and single This Forgotten Town is classic Jayhawks and the odd, quirky Living In A Bubble drifts from Beatles-esque whimsy to a slightly sinister Gram Parsons-style vamp.

Rock bands tend to do better (and last longer) if it’s a dictatorship although that is usually at the root of most of their demises, too. XOXO proves that a little bit of democracy can be a good thing in this crazy world. Maybe that’s not a bad idea to live by.

Choice of places to Buy