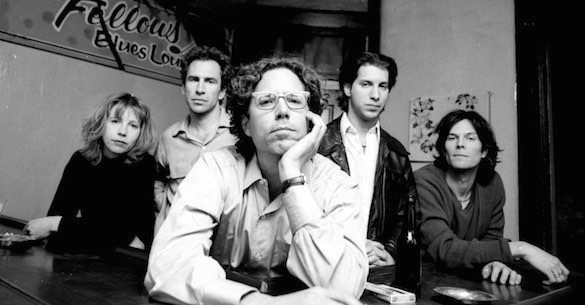 The often-reformed Jayhawks return to London for a show at the Shepherd’s Bush Empire. Louder Than War’s Craig Chaligne was there to review.

This short European tour of The Jayhawks could be subtitled “the second coming of the band’s second incarnation”. After reforming the band with founding member Mark Olson in 2008 for a rather glorious one off show at the Azkena Rock Festival festival in Spain (or more accurately in the Basque county) which led them to rekindle their writing partnership with an excellent Olson-Louris collaboration called Ready For The Flood released in 2009 and a not so good Jayhawks album  : Mockingbird Time in 2011. After the lengthy tour the band parted again in 2012 with Olson going back to his solo work. The bands two landmark albums : Hollywood Town Hall and Tomorrow The Green Grass were re-released in 2011 and this month sees expanded of their 3 post-Olson LP’s : Sound Of Lies, Smile and Rainy Day Music coming out on Universal Music. Although not as essential, they contain good songs and see the band trying to free themselves from the sound they were known for, although they ended up returning to it in the end.

The Shepherd’s Bush Empire is the perfect sized venue for a band like The Jayhawks and after an excellent opening set by The Rockingbirds (a good match as they play a similar brand of Americana), the 1997 line-up (which means Kraig Johnson instead of Mark Olson) came on stage to a warm welcome from the audience. The Jayhawks (post Olson) despite several contributions from bass player Marc Perlman and drummer Tim O’Reagan, was pretty much the Gary Louris show and the fact the best of the post-Olson albums is the one where he wrote most of tunes (Rainy Day Music) confirms that. The band opened the show with Smile’s lead single I’m Gonna Make You Love Me. They were remarkably tight for a band that had played less than 10 shows together after a two year break with Louris throwing some really inspired guitar solos. All the albums were given their share with a few tracks from the Olson days included for good measure (Blue, Waiting For The Sun, I’d Run Away). Highlights were the tunes from Rainy Day Music with an excellent version of Tampa To Tulsa (Tim O’Reagan on vocals on that one) but that album is an embarrassment of riches anyway (Angelyne, Stumbling Through The Dark, All The Right Reasons…). Kraig Johnson’s presence give Louris the occasion to play a couple of numbers from their side project Golden Smog. Not a band known for their exuberance on stage, the last number of the night saw Louris stepping down from the stage and finishing his solo in the alley between the stage and the stalls.

You can check out the Jayhawks official website here. Or their label page here.