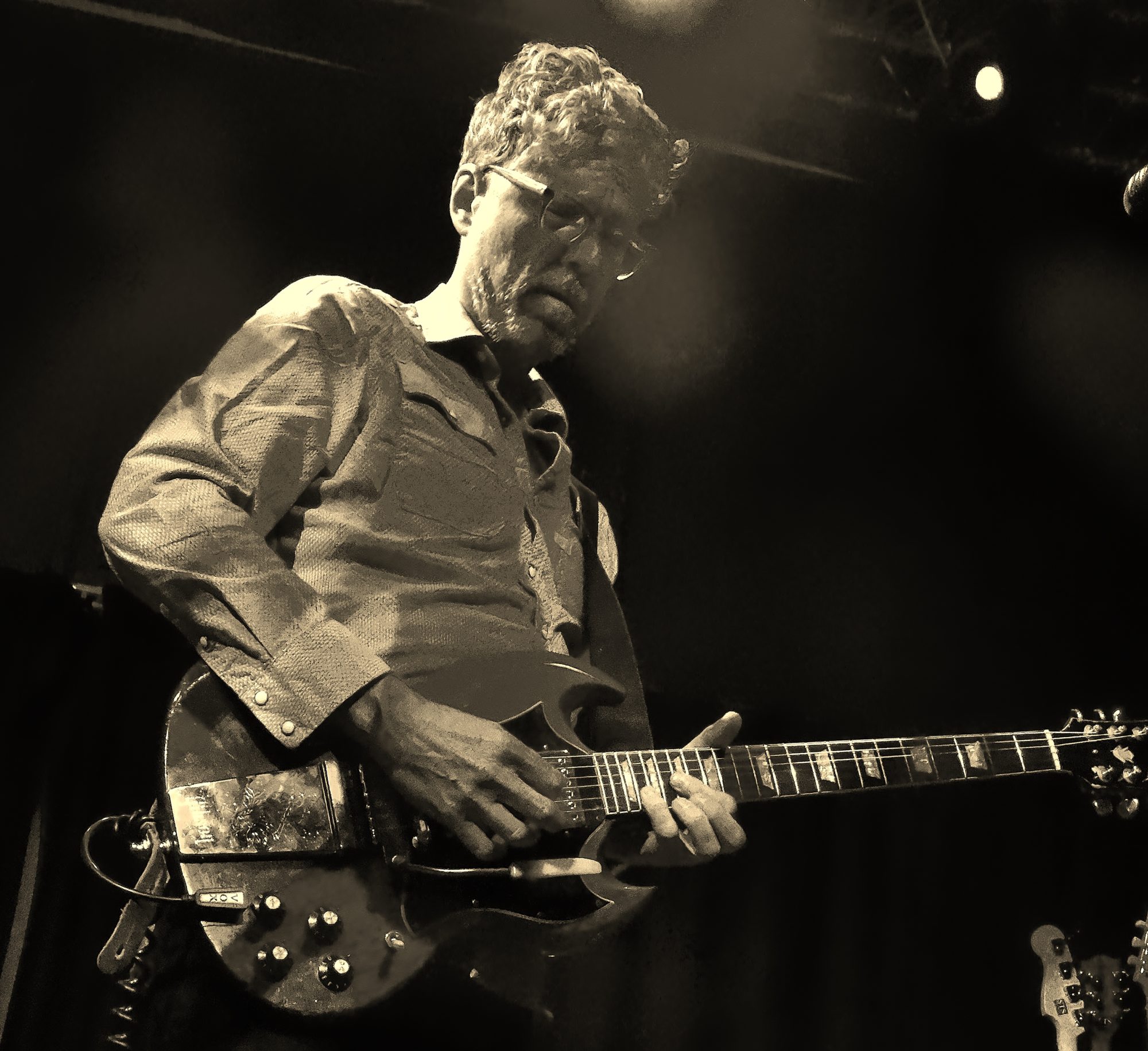 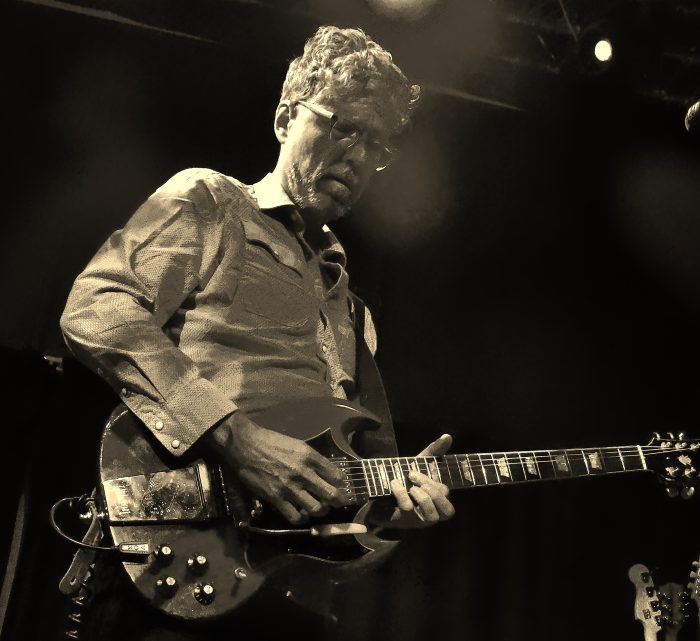 The comeback kids hit Glasgow for the first time in some years. Joe Whyte reviews for LTW. Photos by John Millar.

Following the release of the rather good (it’s definitely a grower) new album “Paging Mr Proust”, The Jayhawks hit the UK last week for a short tour.

The opening night was Glasgow and a sell-out crowd were there to welcome them back. The whole Americana and alt. country scene has always been popular in Scotland. Who knows why; maybe it’s all those years of being exposed to parents and grandparents country record collections at family parties or that typically romanticized view of gazing across the Atlantic to the promised land from rain-lashed shores. No matter; The Jayhawks have long been well-loved in Glasgow and people still fondly recall the show at The Old Fruitmarket in the nineties as well as many others. That said show was the “later” line-up; the one without Mark Olson and without being too controversial, probably the best line-up of the band in my eyes. They’d left the country influence behind to a certain degree and were forging a roots-y, almost psychedelic path by that point.

Without delving too much into the history of the band, lets just say that they released a set of albums that rarely dropped below classic status before as good as chucking it back in 2004. They’d kept in touch however, and reunited a few times over the years. An ill-advised Louris/Olson album and a tour of the original line-up seemed to hammer another nail in the coffin of the band as well as rumours of Louris being incapacitated with a hefty pain killer addiction following back surgery. Their return, with “Paging Mr. Proust”, was as welcome as it was a surprise. Anyway, to the gig.

The Art School is a cracking venue which was much under-used for many decades. It’s nice to see it back in action following a revamp and tonight it is heaving with bodies on a hot and balmy evening. Support was from Ethan Johns and his band The Black Eyed Dogs (John’s had famously produced the startling “Rainy Day Music” for the band) although I unfortunately missed his set. Word is it was very good indeed. One to check out later I guess.

The Jayhawks take the stage and are beset with sound problems from the off. It appears that they’ve no monitor sound on one side of the stage and the vocals are often lost in the main mix. Louris and keyboard player Karen Grotberg soldier on but it’s plain that Louris in particular is struggling at times. The bands tech at the side of the stage is relaying instructions to the monitor engineer but something is definitely amiss. 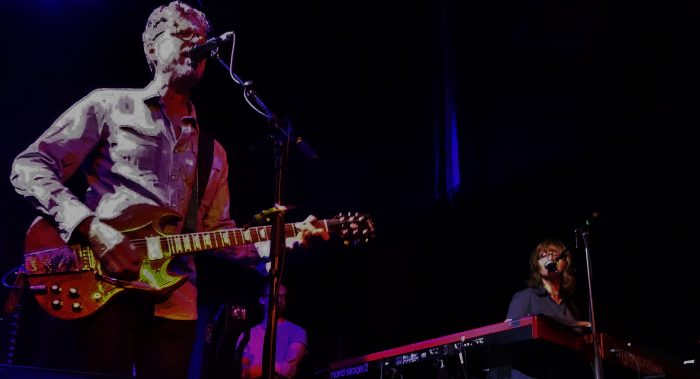 The set, thankfully, does not slacken for a minute. The band had asked for set requests on their Facebook site earlier in the month and it was an hour and a half of sheer bliss for long-time fans. Opening with Waiting For The Sun set the scene perfectly; guitars chime and (despite the muddy sound) vocals climb and all is well with the world. Bassist Marc Perlman is the coolest man in the building; standing stock-still for the most part, he renders the bottom end and anchors the band. He, (like Louris) has been an ever-present in The Jayhawks and looks totally unfazed as he slides the bass notes around the guitars of Louris and new (ish) boy Chet Lister. They drop a decent number of songs from the new album into the set and standouts are Comeback Kids and the gorgeous Pretty Roses in Your Hair. Despite the sound problems, the chiming harmonies and clever twists are rarely in doubt. Louris seems to be enjoying himself, introducing the band and goofing around. The closing I’d Run Away has a couple of false starts which he laughs off and claims it’s the only song he spent any time over writing, the rest being “phoned in”. He’s clearly joking; every song played tonight has a resonance and classicism that most writers could only dream of.  Big Star is casually slipped in  mid-set and I stand by my claim in an earlier article in LTW that it might in fact be the greatest song ever written. It’s certainly the best song of 1997. Make your own mind up.

Someone seems to have turned the air conditioning on in the building about halfway through as the previous sweltering atmosphere seems to drop several degrees. The temperature onstage is kept cooking with a blistering Tailspin and a singalong I’m Gonna Make You Love Me before the band gets into a hypnotic, effect-driven jam around the closing verses of Ace. Louris looks like he’s having a ball wringing all sorts of weird feedback and drones from his SG.  Drummer Tim O’Regan takes lead vocals on a couple of songs including a luminous Tampa To Tulsa before crowd-pleasers Blue and the effervescent Trouble which Louris signs off with a crooner-like flourish.

I listened to an old radio interview with the band on a compilation CD the other day. Gary Louris and Mark Olson were asked by the Dutch presenter what they thought they’d be doing in ten years time with the band (this was from about ’93) and they both scoffed about them being together in a year or two. It just shows you what the power of great songs can do. They’re still here and going strong. Long may it continue.