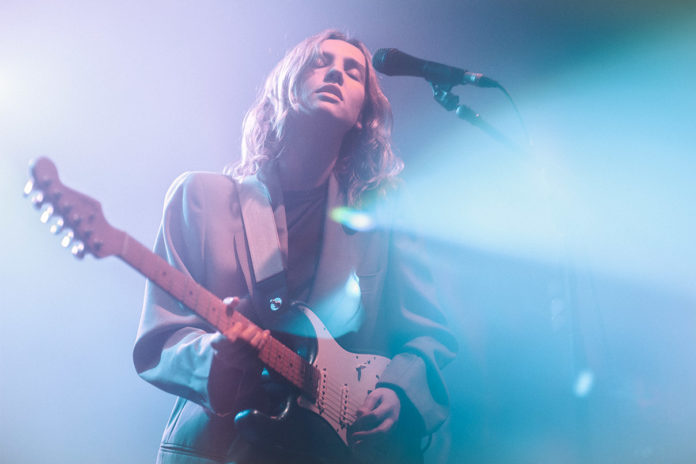 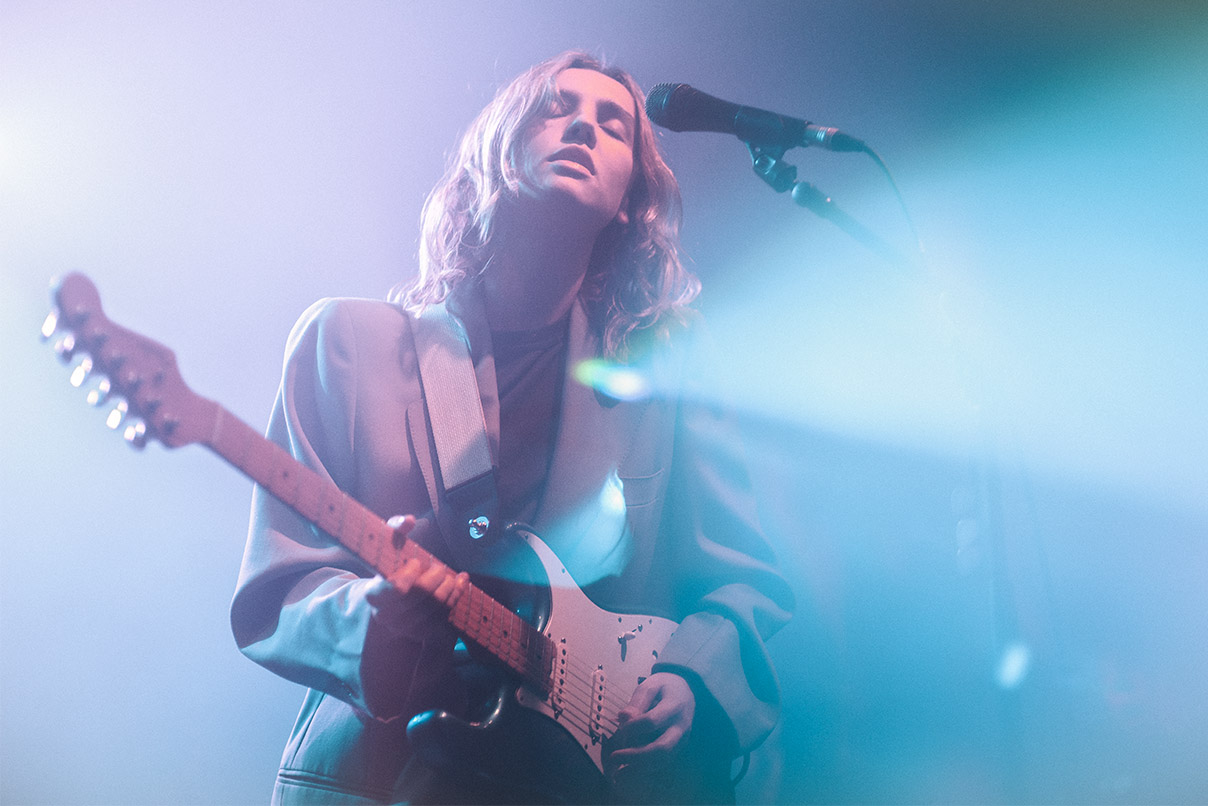 Cazz Blase is a happy bystander at a Big Student Night Out in Manchester.

Manchester’s O2 Ritz is full of students. Given that the venue regularly holds club nights that celebrate, variously, the power ballad and Now That’s What I Call Music, maybe this shouldn’t come as a surprise, but it does. And it makes for a particularly hopeful way to end a year of gig going, that is, surrounded by those who will keep live music going in years to come.

Kamran Khan’s band Fake Laugh open proceedings with a set of Byrds infused early 1990s-esque indie pop. It’s a pleasant enough set, during which the audience clap politely, but it’s not long before they’ve returned to their conversations. A bare bones cover of Broadcast’s ‘Come on let’s go’ stands out as a highlight. 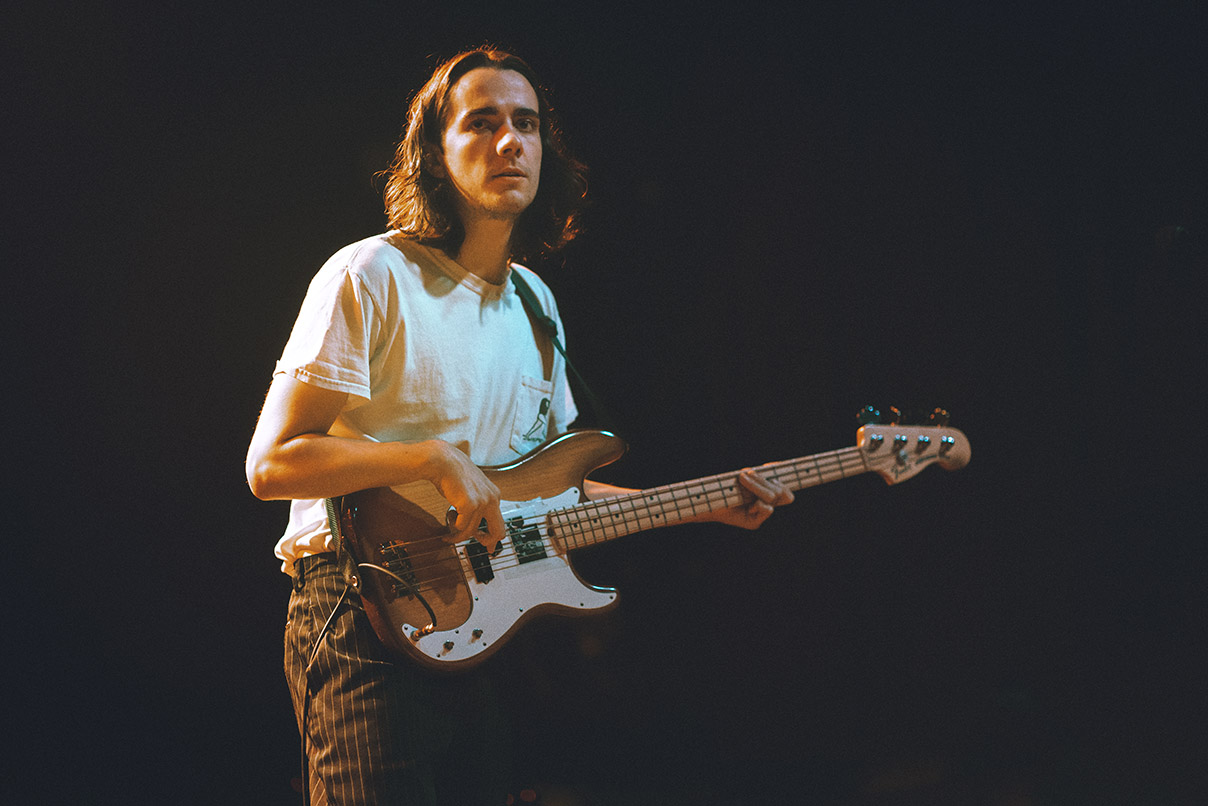 Immediately before the lights go down, signalling the arrival of The Japanese House, Fleetwood Mac’s ‘Everywhere’ plays over the PA, and the crowd become emotional and excited. They sing along at intervals and cosy up to their nearest and dearest in a way that is both sweet and endearing.

The Japanese House take to the stage in darkness. As the lights come up again we can see that they are all wearing suits, including Kamran Khan, who is back on bass. The suits give them an air of the early 1980s Talking Heads, but singer/guitarist Amber Bain is rocking the loose pale suit and androgyny look pioneered most recently by Marika Hackman.

Sonically, it is possible to discern a vague ribbon of Tango In The Night era Fleetwood Mac in their melodies, but you suspect that Bain is more interested in the work of Poliça and Marika Hackman and that what she is doing is creating a perfect synthesis between melodic guitar and occasionally cold synth-pop that feels both emotionally honest and genuinely new. Artists such as Hatchie and Wild Ones are exploring similar territory, but it’s The Japanese House who seem to have nailed it in terms of getting the fanbase. ‘Follow my girl’, ‘Lilo’ and ‘Something Has to Change’ all go down well, and the crowd dance and sing along to a lot of the songs. 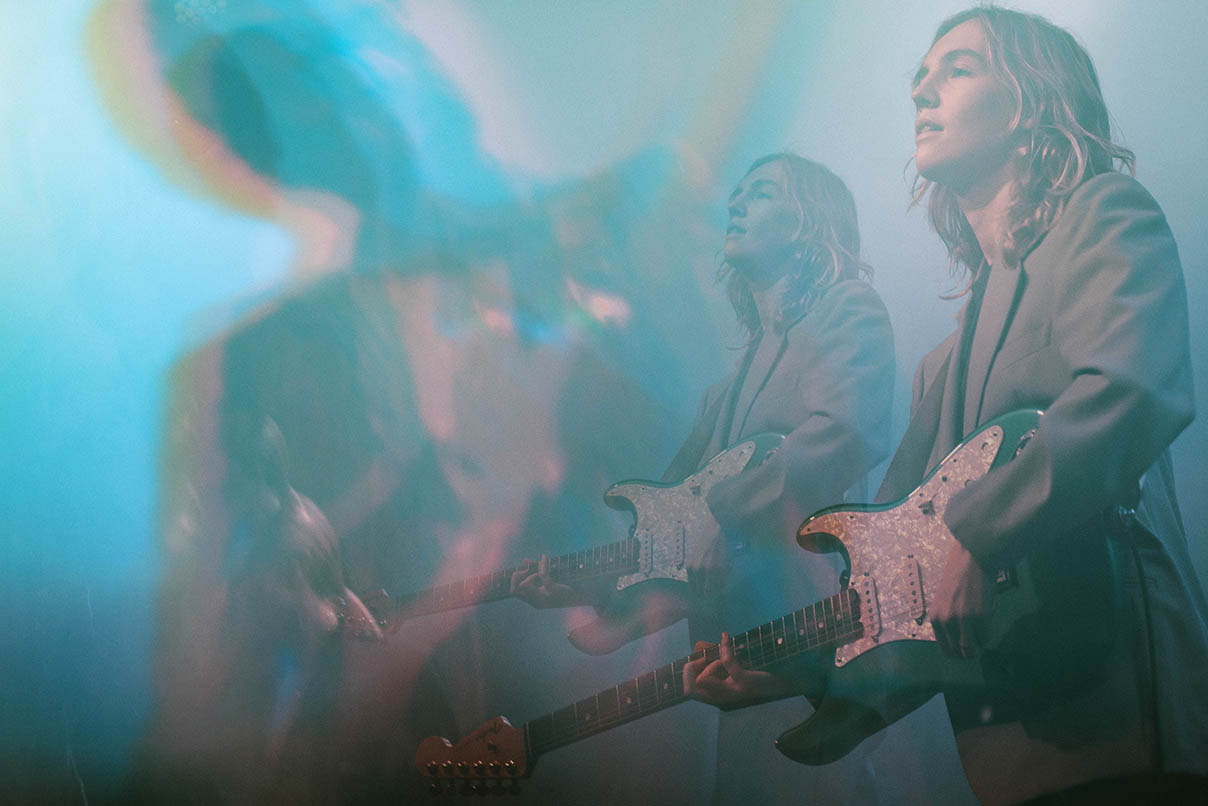 Between each song, the stage goes black, creating a slightly Brechtian disconnect between band and audience. This doesn’t appear to be deliberate: It seems to be designed to act as cover for instrument swapping and the entrance and exit of guitar techs, but it makes it harder for the band to connect with the audience and, as the set progresses, it becomes a little wearing.

Bain makes a concerted effort to draw the crowd in towards the end of the set, announcing the final two songs she mentions that this will be the last show the band will be playing for “a very long time”. They do no encores.