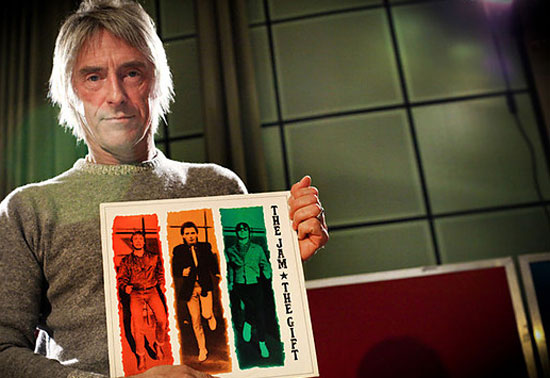 The Jamâ€™s final LP â€˜The Giftâ€™ has been re-issued by Universal this week, with November 2012 marking thirty years since the Jam announced their split. Despite containing the classic hit â€˜Town Called Maliceâ€™, â€˜The Giftâ€™ is often overlooked in favour of â€˜All Mod Consâ€™, â€˜Setting Songsâ€™ or â€˜Sound Affectsâ€™ as the Jamâ€™s best work. Fergal Kinney takes a look at why â€˜The Giftâ€™ deserves its place in the hall of fame as much as any Jam album and why this experimental, esoteric record is still every bit as relevant thirty years on.

By 1982, British guitar music found itself at a strange crossroads. After a rapid, bright ignition, punk had slowly but surely burnt out and battle lines were being drawn amongst the dying embers. It was clear by 1982 that the same energy that ignited punk had to be harnessed to prevent punkâ€™s contemporaries going the way of their dinosaur predecessors. Dexyâ€™s Midnight Runners were searching for the young soul rebels, a young Steven Morrissey had been awakened by a younger Johnny Marr and Orange Juice were in the midst of ripping it up and starting again â€“ enter Paul Weller, visionary in chief of Britainâ€™s biggest band. Armed with a newfound love for the energy of 60s soul music and an awareness of the sonic progressions of bands like Kraftwerk and Joy Division; a shift was occurring not just in Wellerâ€™s writing but in his vision for the Jam.Where seminal â€˜All Mod Consâ€™ and would-be concept album â€˜Setting Sonsâ€™ had confirmed the young Paul Weller as the unexpected songwriting hero of his generation, â€˜Sound Affectsâ€™ and latterly â€˜The Giftâ€™ are testament to the uncompromising creative brutality of Wellerâ€™s instinct â€“ something furthered by Wellerâ€™s scrapping of the JamÂ for theÂ formation of the Style Council.

Though perhaps somewhat reluctantly, Bruce Foxton and Rick Buckler are at their sharpest and best on â€˜The Giftâ€™; few rhythm sections could so competently realise Wellerâ€™s ideas with such urgency and flair. Self consciously looking to turn his back on guitar music may have been a bold and alienating move, but itâ€™s clear that Wellerâ€™s songwriting had enough strength to be transposed into different territory â€“ even if it that meant less Rickenbackers and more horns. â€˜Ghostsâ€™ is at times an understated whisper of a song, and all the better for it. Similarly, â€˜Happy Togetherâ€™, the albumâ€™s opener, is a perfect piece of pounding soul and in retrospect seems criminally overlooked as a single. Whilst the unity of the band around the time of recording seems to have been waning (with Foxtonâ€™s complaints of feeling like a session musician), on â€˜Happy Togetherâ€™ the Jam had never sounded more like a band; incredibly tight and bursting with energy and dispensing needless glib with a sparse arrangement.

Though the Burton suits had long been shelved for Lonsdale t-shirts and dogtooth trousers, jibes of â€˜turning rebellion into moneyâ€™ and of political naivety were still levelled at the Jamâ€™s output. After his vicious assault on the cynicism of the music press (â€œAnd where are those writers thirty years later?â€ said Weller recently, â€œworking for the right wing pressâ€) in Sound Affectâ€™s â€˜Scrape Awayâ€™, Weller found his directly political voice for the first time in â€˜the Giftâ€™ â€“ something that would be honed to perfection in the Style Council. The politicisation of Paul Weller came through observing Britainâ€™s relationship with Reaganâ€™s America (in his words â€œa complete fucking nutcaseâ€ with Britain as â€œhis lapdogâ€), joining CND and reading of books like Tressalâ€™s â€˜The Ragged Trousered Philanthropistsâ€™. â€˜Trans Global Expressâ€™ is the most expressly politicised song in the Jamâ€™s back catalogue, or indeed potentially the history of pop. A spoken word spat out against a revolving groove, â€˜Trans Global Expressâ€™ is a call to arms for a general strike; a vision of seeing â€˜the hands of oppression fumbleâ€™ and â€˜our marvellous leaders quiverâ€™ whilst â€˜the working people join togetherâ€™. Sadly, the Falklands War, the Miners Strike and the rise of Thatcherism (by â€˜the Giftâ€™s release, Thatcher was still an unpopular Prime Minister not expected to surpass one term), would make this idealism seem irrelevant, but in the modern day much can be taken from Wellerâ€™s warning of governments threatening their people will recession and war. Before the 1980â€™s, most politics in pop music was either steeped in the traditional protest 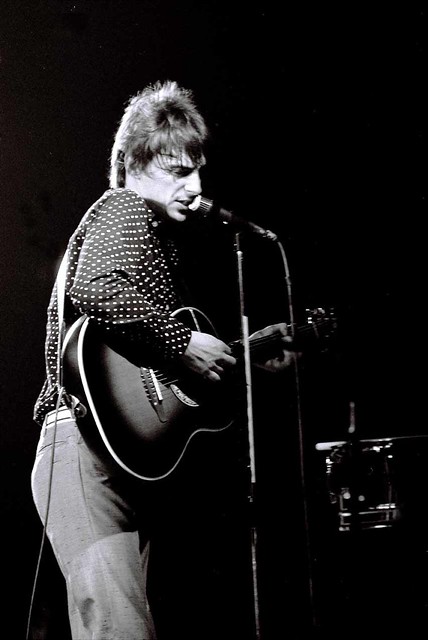 song (Bob Dylan) or guilty of some element of posturing and ignorance (The Clash), but Wellerâ€™s Style Council alongside the likes of Billy Bragg and the Smiths would later transform the way messages could be conveyed with guitars irreversibly, and the birth of much of this can be attributed to â€˜the Giftâ€™.

In terms of songwriting, â€˜the Giftâ€™ may lack the consistency of previous Jam albums but the highpoints on â€˜the Giftâ€™ showcase Wellerâ€™s lyrics at their sharpest and with a humour and verve often overlooked. â€˜Just Who is the Five Oâ€™Clock Heroâ€™ is as close to Ray Davies as Weller is ever likely to get; a portrait of Wellerâ€™s childhood watching his father (the sadly departed John Weller who would later become Paulâ€™s manager), coming in from a hard day labouring â€˜covered in shit and aches and painsâ€™. In parts a celebration and in parts a cry of asking more from life, â€˜Just Who is the Five Oâ€™Clock Heroâ€™ shares much of the same lyrical inspirations as â€˜Town Called Maliceâ€™. A number one single known instantly from itâ€™s Supremes shoplifted bassline, â€˜Town Called Maliceâ€™ is described by Weller as an attack on the Tory dismantling of working class institutions â€˜under the phoney pretence that we could all suddenly be middle class because we owned our own

homesâ€™. These two reflections of everyday suburbia are why the Jam resonated â€“ and continue to resonate â€“ with so many. The experiences in Wellerâ€™s lyrics were not those of a trendy, metropolitan city dweller but of life in a small, slow town with reference points and characters that are as much Woking as Accrington or Coventry; the Saturdayâ€™s kids at Tescoâ€™s and Woolworths, the little boy soldiers, the man in the corner shop, the thugs smelling of pubs and Wormwood Scrubs.

â€˜The Giftâ€™ may very much be a stepping stone album between The Jam and the Style Council â€“ with would-be Council single â€˜A Solid Bond In Your Heartâ€™ even being demoed by the Jam for the LP â€“ but as far as stepping stones go, â€˜the Giftâ€™ is as powerful and experimental as they come, a reflection of a diverse and exciting climate in pop music and a frightening and oppressive one in politics.

What Weller said:
Carnation “A lot of my songs are about me. This one is about you.”
Ghosts “I was trying to call out to my generation, a rallying call in the name of inspiration and fulfillment”
The Town Planner’s Dream Gone Wrong “Luckily for them, the people who design the scary concrete jungles can all go back to their mock-Tudor homes at the weekend”

â€˜The Gift: Deluxeâ€™ is out now as a 2CD set â€“ a new digital remaster of the original album along with b-sides, covers and never before heard demoes â€“ or as â€˜The Gift: Super Deluxeâ€™, a 4 disc compilation including live performances from around the time and, amongst other things, a 72 page hardback book with contributions from Paul Weller himself.