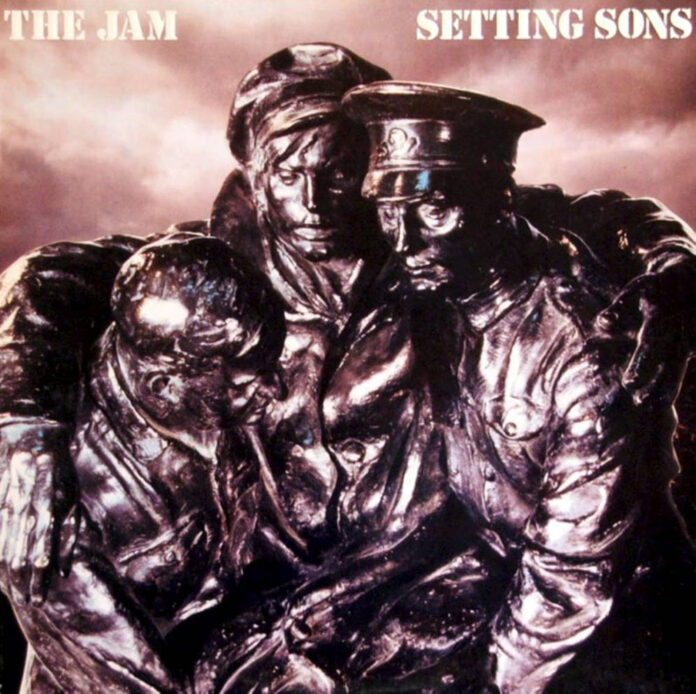 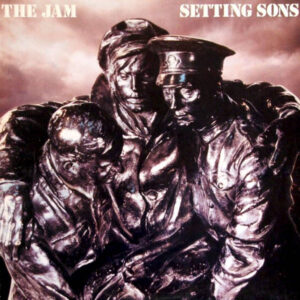 The Jam are getting the Super Deluxe treatment for ‘Setting Sons’. It features the original album, non-album singles, b-sides, demos, Peel Sessions, live recordings and a DVD of promo videos and live performances. It will also be released as a 2CD Deluxe Edition. For Louder Than War, Josh Norcliffe reviews.

The year is 1979; punk rock has crashed and burned and new bands Joy Division, the Fall and the Teardrop Explodes have arrived under the new scene “post-punk”, championed by John Peel. As always, separate to any contemporary music trends, the Jam are to release their highest charting record to date- Setting Sons, the unfinished tale of old friends reunited after many years to find they have nothing in common anymore, originally conceived as a concept album. Unlike its predecessor All Mod Cons, Setting Sons carries an edgier and grittier guitar rock sound with menacing lyrics and insights to British working class life through classic social commentary.

35 years to the day, Universal are to expand and reissue Setting Sons as a Super Deluxe Edition brimmed with non-album singles, B-sides and unheard demos and Peel session tracks. So the question is; does this reissue help restore any original visions that were infamously abandoned by Paul Weller? Probably not, however the extras contained within this edition help paint a picture of a hugely successful period for the Jam, eventually destined to be the biggest British group since the Beatles (arguably). It’s within this time period, that Weller and co would spawn their first number 1 single, play some of their most favourable shows and make memorable appearances on BBC’s Something Else and Top Of The Pops.

Alongside the original track listing on disc 1 you get the addition of non-album period singles including weaker and more forgettable tracks, ‘When You’re Young’ and ‘Strange Town’ but also Wellers finest B-side, the graphic ‘Butterfly Collector’, still often played by Weller today. Disc 1 also includes a more muscular version of ‘Smithers-Jones’, arguably Bruce Foxton’s  finest piece of song writing minus the original all strings arrangement recommended by drummer Rick Buckler.

Disc 2 contains even more forgettable alternate versions of ‘When You’re Young’ and ‘Strange Town’ and vivid demo versions of tracks perhaps only included to satisfy Jam die-hards who want the uncensored  story of the whole LP from early workings through to production. Although disc 2 is most notable for the collection of unreleased Jam tracks and raw, unpolished and distinctly live Peel Session tracks.

This super-deluxe edition of the album is also complete with 20 tracks from a previously unreleased gig at Brighton Centre in December 1979, as well as a DVD which features five promo video clips, six Top of the Pops performances and two clips from the BBC’s Something Else show. Finally, the edition also features period memorabilia such as reviews, rare photos and magazine cuttings contained within a 70-page hardback book essential for all Jam collectors. For vinyl junkies, a limited vinyl edition of “The Jam – Live at the Brighton Centre – December 1979”, is also accessible.

Although this reissue doesn’t tell the unheard story that was originally envisaged for the record, it’s the album which launches the Jam’s prominence in the charts from 1980-onwards, an album worth re-visiting through this edition, essential for all Weller-completists.

Though no longer a band, the Jam can be found at their official Facebook page as well as Wikipedia and Last.FM

All words by Josh Norcliffe. More from Josh can be found at his Louder Than War Author’s Archive.