Following on from the success of selling out their initial London show, The Interrupters added a second date to conclude their eagerly-anticipated UK tour. Alice Monty (words) and Paul Grace (photos) were there to soak up the Californian ska-punk sunshine on an otherwise frosty February evening.

We get off to a spooky start, as darkness descends across the room, the bold brass tones of Ghost Town by the Specials echoes out across the room. Unsurprisingly, this is a hit with the crowd, who begin singing and swaying along in accord. Suddenly, there is an abrupt change of pace as the stage is illuminated revealing The Interrupters – arms raised in acclamation at their adoring crowd.

Following the warmest of welcomes, the band launch into two songs about companionship as A Friend Like Me precedes By My Side. Kevin Bivona (guitar) resembles a helicopter on ascent as he whirls across the stage and we are treated to a brief dance-off between Aimee Interrupter (vocals) and Justin Bivona (bass).

The next song, Take Back the Power, is introduced as a protest song against prejudices. This goes down well in our mixed-bag crowd which includes spikey-haired punk-rockers, mutton-chop mods and trendy teenagers. On completion, Aimee screams a heartfelt: “We love you” and the band smash through the next couple of songs, Title Holder and White Noise, with bass and guitar solos aplenty.

Aimee goes on to effectively exorcise the audience with a feisty rendition of Devil Be Gone, before we are treated to a (much-better-than-the-original) ska-punk rendering of Billie Eilish’s chart-topping hit, Bad Guy. 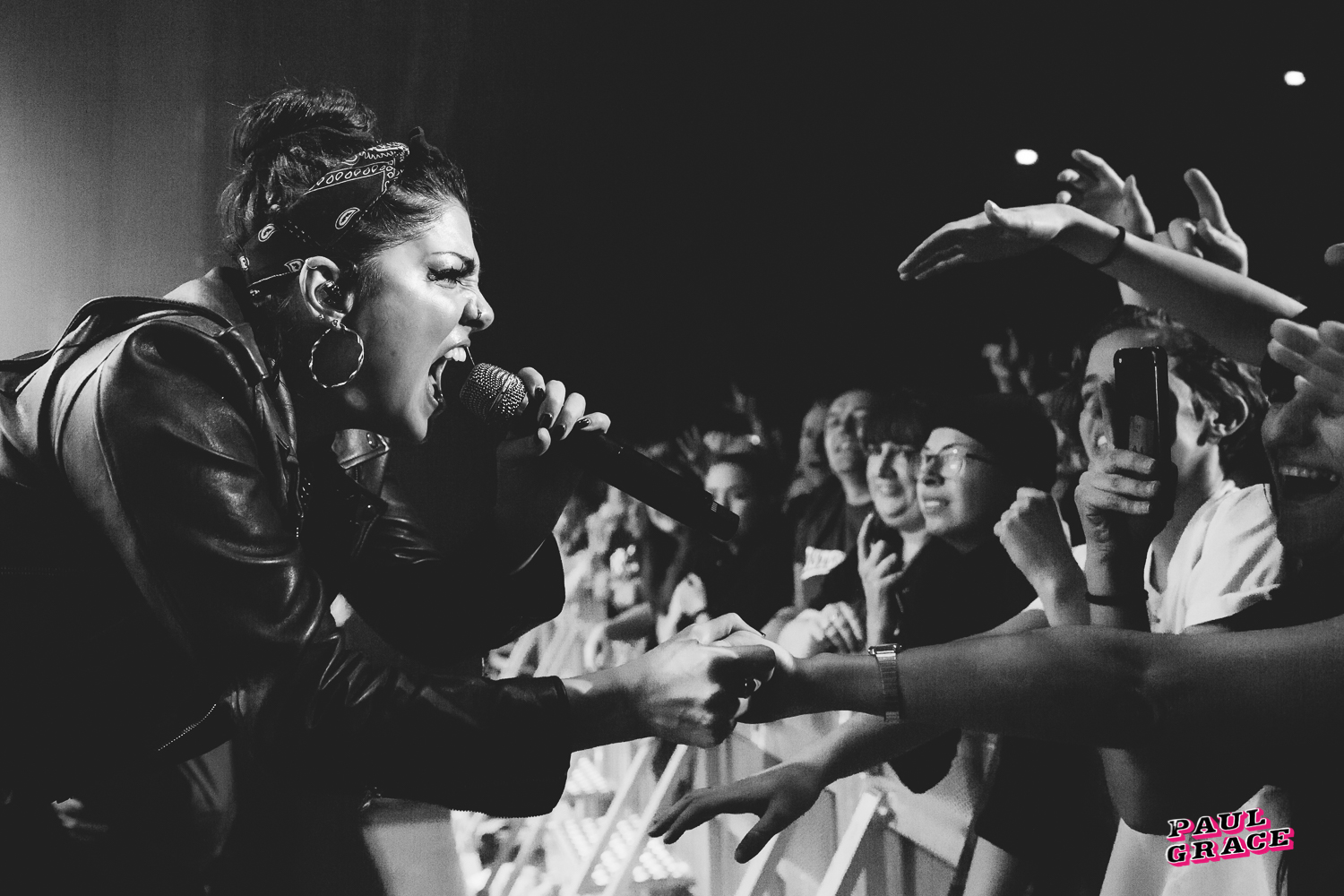 Aimee Interrupter is an endearingly vivacious performer, bouncing back and forth across the stage, pulling faces at her bandmates along the way. She displays the perfect balance of attitude and gratitude though, as throughout the show she expresses thanks and love to a mutually adoring crowd.

Aimee gets close to her fans as, mid-song, she hops off the stage into the photo pit, declaring, “The world just ain’t ready for a spirit like me!” in her unique earthy pitch during Jenny Drinks. Between this and a stunning solo from bandmate Kevin, I do not know where to focus my gaze.

As we approach the mid-point of the show, Kevin, who apparently assumes the role of ‘head of banter’ in the band, takes the opportunity to introduce tonight’s members, which in addition to its original recording four-piece outfit, includes former Reel Big Fish instrumentalist Billy Kottage on trombone and Hammond organ. He receives enormous encouragement from the crowd, hoisting up his horn in triumph.

Next up, Kevin acts as hype-man for his solo-shredding younger twin brothers, Jesse (drums) and Justin. This culminates in a change of pace, as the band sashay into a rocksteady renaissance with a cover of Dandy Livingstone’s classic, A message to you, Rudy, (made most famous by The Specials in 1987). 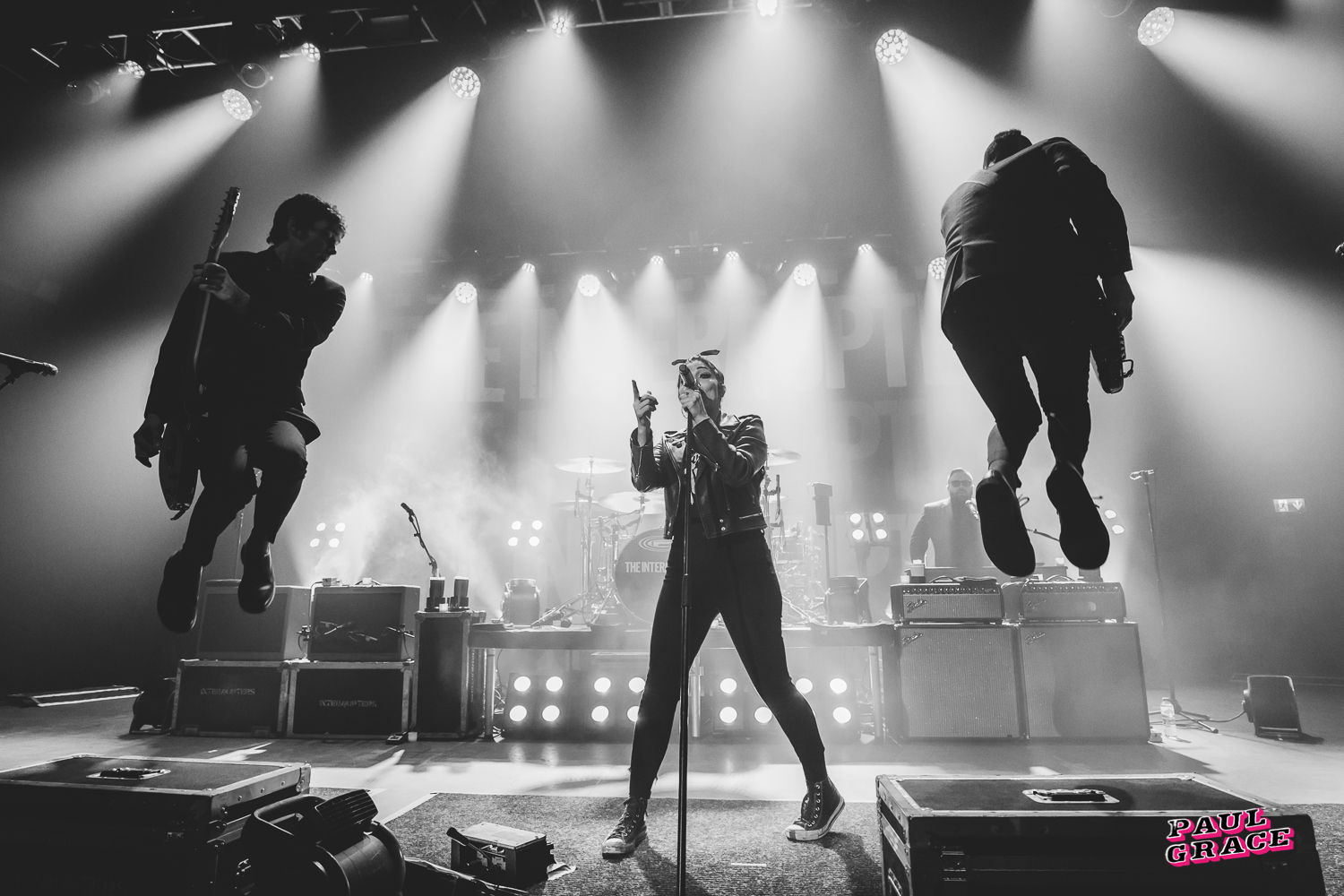 It is now time for cheeky but charming Kevin to introduce himself as ‘someone very special’ with another solid solo of his own. Finally, he presents the crowd with their heroine, Aimee – as he affectionately labels her the ‘truth spiller’. Introductions over, the band get stuck into an angsty performance of On A Turntable with heaps of crowd participation during the anthemic ‘Wooaah’ refrain.

Aimee takes some time out to get the crowd pumped up as the vocal talents of her bandmates are put on display during a cover of Sound System by Operation Ivy. This switch is short-lived as Aimee takes back full control of the mic, powering into the bold, blunt sounds of Not Personal and the more melodic crowd-favourite, She Got Arrested.

Constant interaction with the fans made the show very enjoyable and Kevin even got the mosh going as he called to “open up the pit” for their 2019 single, Gave You Everything, before the band’s pre-encore departure from the stage. 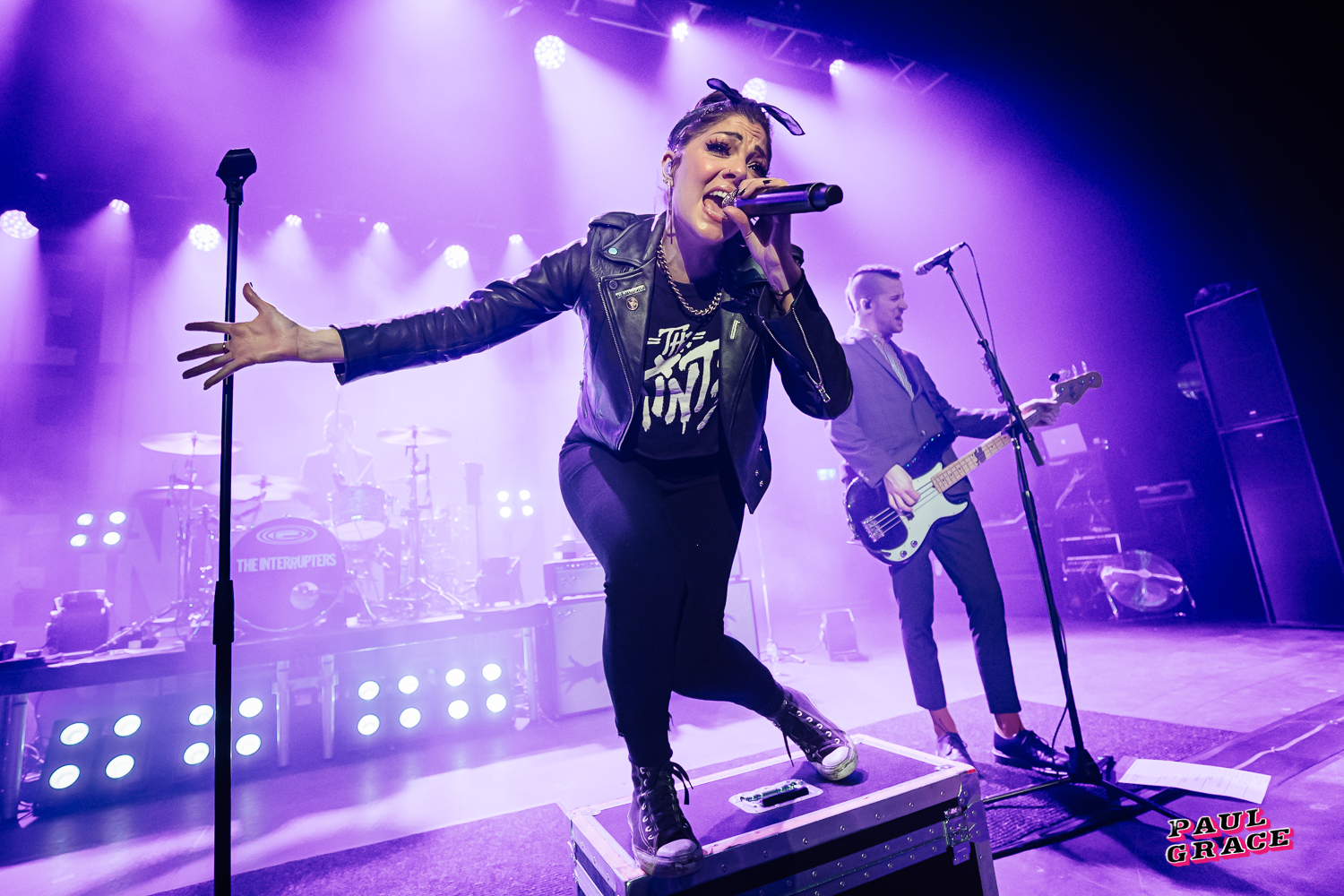 What follows is a seriously sensational encore, led by a tantalising trombone from Billy Kotten. Kevin makes a point of welcoming everyone in the venue to the family as the band burst into the crowd-pleasing album-track of the same name. As they smash through the last riffs, streams of confetti are released, raining down on the crowd in an amusing, unexpected touch.

In a show of appreciation, Kevin ushers in the crowd to take a selfie video, reiterating the fact that we are all now family before playing the band’s last and arguably best song, She’s Kerosene. Fist-pumping and bouncy bopping ensue, as The Interrupters are all but drowned out by the animated crowd’s chants in conclusion of the show.

An inherent challenge of ska-punk is producing a fresh and unique sound while staying true to the familiar off-beat progression that defines the genre. The Interrupters seem to embrace this challenge with well-written, fun and catchy songs, which, judging by the tight execution on stage, are fully-intended to be delivered as part of a live set. The band truly succeeded in putting on an entertaining and memorable performance with their stunning showmanship and diligent display of musical talent.

All words by Alice Monty. More writing by Alice on Louder Than War can be found at her author’s archive.