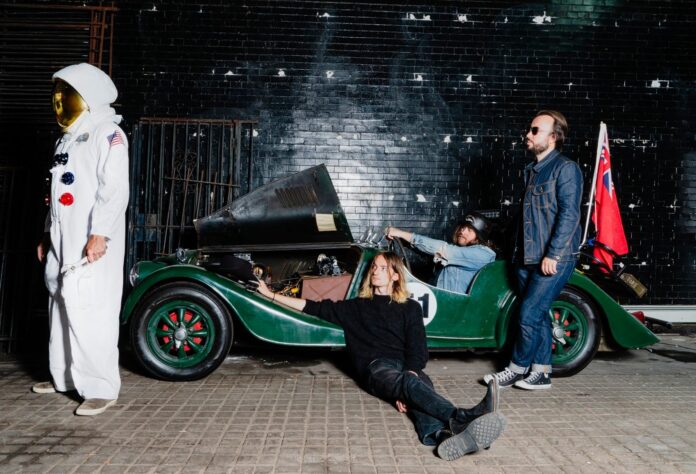 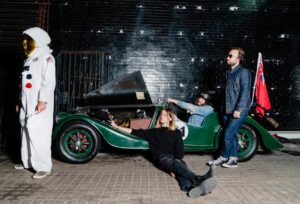 Sweaty, ferocious punk rock is certainly having a moment right now. In the world of 2020 in which we have been expected to embrace silence and stillness, it’s a tonic to think of pop culture throwing out the opposite forms like a kind of musical id, an audio reflection of innate needs. The Imbeciles are one such band.

Their very name implies a shameless sneering at any idea of maturity, embracing stupidity with a defiant two-finger salute…but that, it seems, is very much red herring. Yes, they certainly ooze a punk tinged rawness but this EP shows them to be very much more than a basic genre-led description could ever imply. Opening with single, Yes I Am – an intense slab of garage-punk in the spirit of The Stooges and MC5, it’s a strident call to attention, literally telling the listener how “ready” they are, calling them in for a following like if the Pied Piper was on an amphetamine rush. Leading into Sunday Leaguer Mix 1, droll lyricism delivered in a primitive fashion, and Medicine, a kind of rolling stir of post-punk which immediately evokes Killing Joke (in January, the band will start recording a new album with Killing Joke’s Youth on production duties,  in what promises to be both a seamless and exciting combination.)

That darker post-punk edge continues into the murkier sounding Decider, a record which has been prowling in the gutter with lycanthrope intentions. Sad Case opens with a deliciously dark howl, “The report said death by misadventure!”, in a fashion which recalls the back alley dark glamour of The Cramps and New York Dolls, leading into another slice of glam garage full of wry, deadpan black comedy.  The pace changes slightly by the end, with One Man Band, wrapping things up in a more New Wave fashion. It’s a infectious closer which shows Imbeciles are already developing the knack of getting under the listeners skin.

What they have really nailed, and it’s something we really need right now, is an aural evocation and appreciation of all that is nocturnal and exciting. Raw and exciting, I’m sure live the band are utterly  thrilling even in the seated, socially distant world (having played a special gig in Brooklyn under those measures on October 22nd.)  Having undergone some line-up changes since their 2019 eponymous debut album, their sound has changed to something more accelerated, more tightly-wound, and absolutely all the more of a headrush for it.