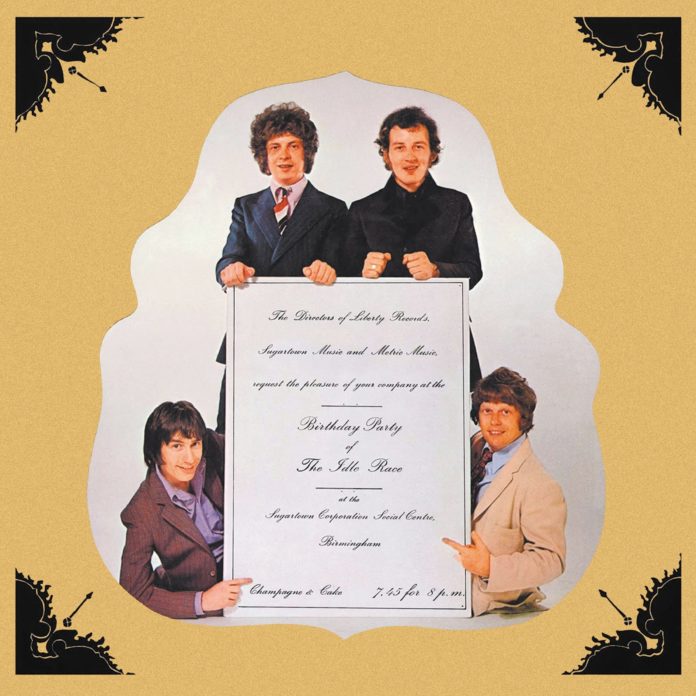 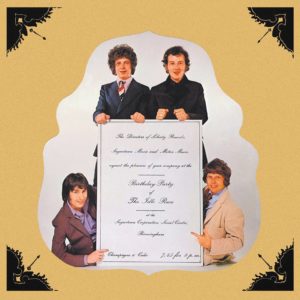 Expanded reissue of the Idle Race’s first album with both mono and studio versions, plus bonus tracks. The band was to be a young Jeff Lynne’s first brush with success, years before he joined the Move and formed ELO……LTW’s Ian Canty hears the sound of psychedelic Birmingham 1968…..

When an eighteen year old lad answered an advert for a “keen new guitarist” placed by the remains of Mike Sheridan And The Nightriders after Sheridan himself did a flit, it was perhaps his “fork in the road” moment. The young Jeff Lynne was at the time trying to combine working for a crust with playing guitar and wasn’t making much headway. The youngster couldn’t believe his luck when he was selected by the band – the Nightriders (early on they had included one Roy Wood, who by 1966 was beginning to make waves with the Move) were his favourite band and also signed to EMI, the biggest label in the country.

At this time the band comprised of a rhythm section of Greg Masters and Roger Spencer with guitarist Dave Pritchard and needed an extra guitar and frontman to fill out their sound. They got both all rolled into one and also had other motives for choosing Lynne. They had been around since the beat boom so is youth would help update their image and this was added to the fact he was already composing his own tunes which would give the Idle Race another dimension. Plus he obviously had useful singing and arrangement talents too.

Lynne was pressed into service on the Nightriders’ last recording for EMI, the It’s Only A Dog single. This recording got lost in the Christmas 1966 shuffle and the band departed the label soon afterwards. Pritchard and Spencer had gamely attempted to fill the gap left by Sheridan’s departure, but neither was a natural frontman and their new recruit fitted the role much better. With the band rejigging their set and cutting out covers in favour of Lynne’s songs, a relaunch made sense. The Idle Race, briefly the more unwieldy Idyll Race, were born.

The fledgling outfit picked up a local following quickly and before long, through a management deal with Ray Williams, were signed up to the Liberty record label. Liberty were a fairly big deal at the time, the British arm of a successful US imprint. Almost immediately their Birmingham links paid off – former Nightrider Roy Wood offered Idle Race one of his songs (Here We Go Round) The Lemon Tree. Though keen to establish their own identity, they couldn’t look a gift horse in the mouth and duly recorded the tune as the projected first Idle Race single.

Unfortunately the Move then decided to cut their own version, which called for a quick bit of thinking by the band. Instead of the Wood song they debuted with Imposters Of Life’s Magazine, a Jeff Lynne original (credited on the label to G. Lynn, much to Lynne’s chagrin) in October 1967. It was a great, striking effort, one that mixed freaky guitar and psychedelic drones well into a breathless but appealing pop song. It was probably a little too out there for popular acceptance, but it is impossible not to think of this as ground zero for Lynne’s efforts to jam as many musical styles and effects a minute as he could do in his compositions.

The record wasn’t a hit but the press liked it and Radio One had a few DJs who took them to their hearts, including John Peel and Kenny Everett, their number one fan. Lynne’s widescreen ambitions would come to fruition on the group’s debut album The Birthday Party, which is of course what we have here. In many ways it’s a typical 1968 psych LP, but a high quality one with much to recommend about it. For instance I Like My Toys, which was readied for single release but ultimately unissued, skilfully hits the sweet spot between Ray Davies and Syd Barrett. It is a very smart character study which I suppose you could even say foreshadowed Horace Wimp by ELO a decade later. Follow Me Follow is superior orchestrated psych pop and the skiffle-flavoured music hall of Sitting In My Tree also pleases.

Skeleton And The Roundabout and The End Of The Road were issued as singles, with the former utilising a little of the Magic Roundabout TV theme in a catchy and arresting effort. It deserved better and though the paisley piano pop of The End Of The Road was decent enough, it wasn’t going to secure the Idle Race that elusive hit. With an album this strong you have to wonder why the band couldn’t make that breakthrough (though daft publicity stunts like offering half the proceeds from the Skeleton single to the Conservative party probably didn’t help). Morning Love is another beauty and the catchy psych/beat crossover of Dave Pritchard’s Pie In the Sky doesn’t seem out of place alongside Lynne’s ditties.

We have both mono and stereo versions of the album here and for me the stereo just edges it, the sharper sound suiting the manic musical overload better. As bonuses on disc one we have the great Imposters… single, My Father’s Son which verges on freakbeat and the non-album Days Of The Broken Arrows/Worn Red Carpet 7 inch. Two tracks there that added up to a great record, yet still the British public resisted their obvious charms. Some alternative versions make up the rest and the sole extra on disc two is a decent alternate take of Sitting In My Tree.

After a self-titled second album in 1969, Lynne joined the Move. The Idle Race did not give up, drafting in Mike Hopkins on guitar and vocalist Dave Walker for a final LP Time Is, released in 1971. A raft of further line up changes ensued leaving no original band members and the Idle Race eventually morphed into the Steve Gibbons Band, which inevitably featured another Move band member Trevor Burton.

The Birthday Party is lovely, lavish listening. I suppose anyone into psychedelic pop would likely be familiar with it already, but it is nice to have both mono and stereo mixes plus the single tracks all together in one set. The excellent booklet includes input from the band members including Lynne and tells the Idle Race story well with some rare photographs illustrating things. Seasoned psych poppers fans and Jeff Lynne/ELO fans will have to weight up if that is enough to warrant an upgrade, but for me it does. All things considered, another fine reissue from Grapefruit of what is a neat document to illustrate what happened after the summer of love was over and it does that consummately with some fine and highly memorable tunes too.