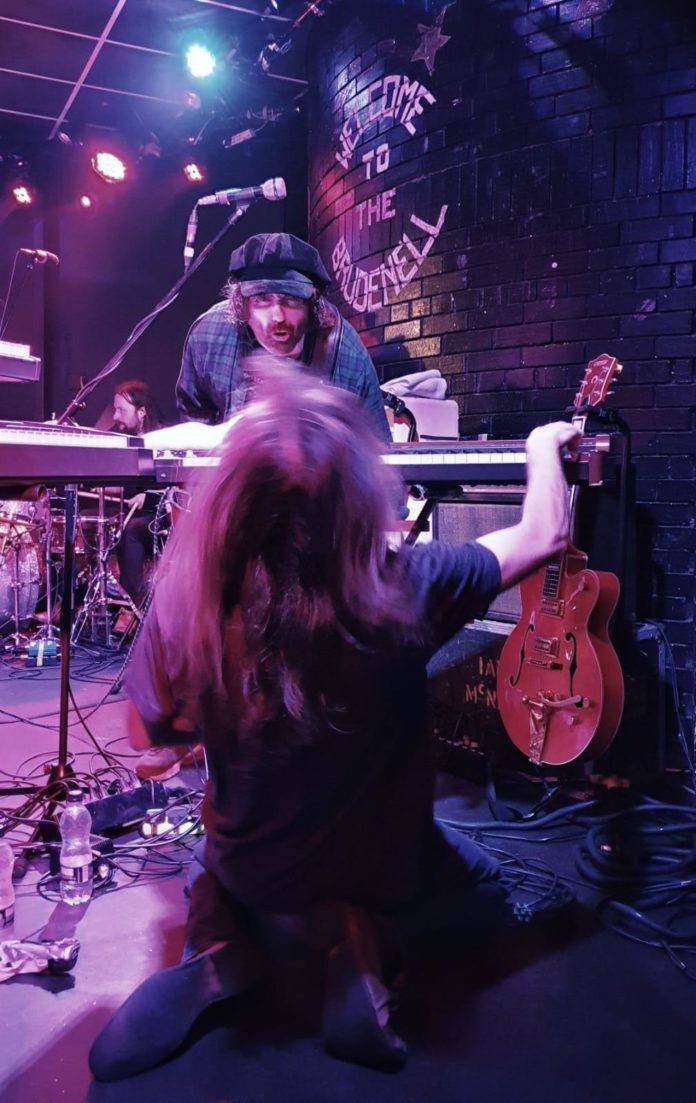 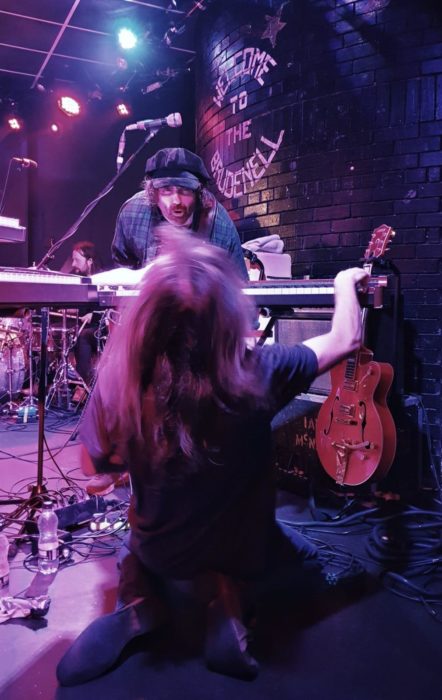 There’s a difference between live music and bringing music to life and if you need evidence of this, The Icicle Works and the Brudenell Social Club illustrate the gap perfectly. After a “festive” period that we are all supposed to have enjoyed so much, this should theoretically have been a quiet weekend. If so, no one had told the throng that packed a sold-out venue in Leeds. You can have thousands crammed into an arena, with all the whizz-bang light shows conceivable, but that doesn’t mean the musicians can share the songs, really live them, as in a place like this.

If you’re not familiar with the Brudenell, the recommendation is to get it on your “must visit list” ASAP. For starters it doesn’t have the word “Academy” in its name but throw in an excellent, proper bar, pleasant staff, no officious thugs masquerading as security and a superb line up of gigs for January and February and you have an outstanding venue. Oh, and tonight, one of the best live acts on the circuit are in town.

While Ian McNabb truly is the ring-master, prowling the stage firing out riffs, this line-up are an excellent foil for him. Richard Naiff on keyboards is a metronomic maestro and a hypnotic presence, immersed in the sound. Chris Kearney plays the vital holding role on guitar while the rhythm section of Roy Corkhill on bass and Nick Kilroe on drums are a towering presence. A long-time associate of McNabb, dating back to late period Icicle Works line-ups, Corkhill is peerless in his interpretation and delivery of the bass lines, while Kilroe, also a Bunnyman, is a formidable presence behind the kit.

So, we have the venue and the musicians, but what of the songs?  Well, The Icicle Works are a star witness for the case that 1980s was actually one of the most fertile and productive periods for British music and a world away from the stereotyped pap-pop montage that any number of compilation albums, retro-festivals or TOTP Specials would have you believe. With songs that followed no formula, letting originality point the way, they were never going to fit into a mainstream package but we should be thankful for that. Tonight’s opener, the achingly beautiful When it All Comes Down, is perfect evidence of that. With a melody and sing-along chorus to die for, it’s a great song but then we plunge into the guitar pyrotechnics that characterise the evening and suddenly you have a masterpiece played out in front of you. And that’s just for starters!

Sing-alongs are de rigeur with songs that coulda, woulda, shoulda been hits if quality was the determining factor; we’re talking Who Do You Want For Your Love?, Out of Season and the irresistible Birds Fly (Whisper to a Scream).  However, rarer gems lie deep within with The Cauldron of Love and the debut single Nirvana, complete with Mellotron and Theremin tonight.

A stand-out moment was the delivery of an incredibly dark version of Up Here in the North of England. The Icicle Works were never a political band but if ever a song captured the mood music of early-80’s Liverpool, this is it. It’s like a musical version of an L.S. Lowry painting and still strikingly relevant today.

The second half of this marathon set (over two and a half hours), featured two solo McNabb classics; the shimmering summer sound of You Stone My Soul and the infectious Our future in Space, the title track of his most recent, and damned fine, offering. The macabre inverted love ballad of What She Did to My Mind was so powerful it even brought Richard Naiff to his knees and there is never a bad moment to see Ian McNabb sing Rockin’ in the Free World.

A storming finish of Love is a Wonderful Colour and set closer, Hollow Horse sent the throng spilling out into the night, or the other bar, happy. The Icicle Works – They’ll be as they are, when all the fools who doubt them fade away.