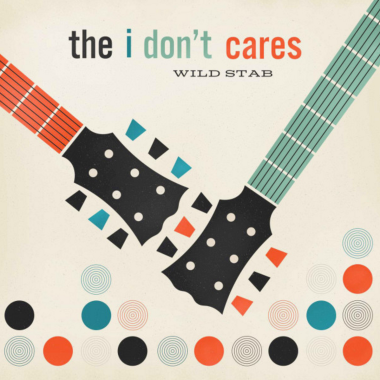 The I Don’t Cares: Wild Stab

Despite several attempts to record a new LP in-between 2013 and 2015, the only recorded trace of the Replacements second coming will be the “Songs For Slim” EP that was released in 2012 to collect funds for the band’s former guitarist Slim Dunlap who suffered had just suffered a severe stroke. Westerberg  for “Wild Stab” reverted to the familiar premises of his basement studio of his suburban Minneapolis home. Recorded with the help of Juliana Hatfield, this record is probably one of the most focused of what we could maybe call his “basement period” that started with the release of 2002’s “Stereo”. Westerberg has several times claimed that recording alone in his basement has sometime led him to a lack of direction and stockpiling songs for the sake of it. On this record Hatfield acts as the catalyst, enabling Westerberg to find enjoyment in the recording process. As usual the record is a mix between Ronnie Wood riffing (circa The Faces), punkish attitude with a bit of Hank Williams thrown in for good measure (and even a drop of 70’s AM schmaltz, after all he covered “I Think I Love You” by The Partridge Family on 2008’s “49:00”). Westerberg is an expert when it comes to churning efficient mid-tempo rockers where his incisive rhythm guitar playing works marvels, examples abounds on “Wild Stab”: “Wear Me Out Loud”, “Born For Me”, “Dance To The Fight” or “Need The Guys”, “Whole Lotta Nothin'”. His punkish side comes at the fore on a few numbers (“Done, Done, Done”, “Love Out Loud”) but its on the quieter songs that the record hits it stride, the yearning “Back Again” that recalls “All About Me” on the “Open Season”soundtrack, “1/2 2P” (a perfect pop song) and  “Sorry For Tomorrow Night” are probably some of the best songs on the record. The ballad “Kissing Break” drags along a little bit but gets followed by two excellent songs, the teenage tale of “It’s Just a Phase” and a new version of “Outta My System”, a song that was first released on 49.00 and that appears here in a reworked version. The record closes on a epic 6 minute track entitled “Hands Together”.

Info on what Paul Westerberg is up to can be found on this site: www.paulwesterberg.com. The I Don’t Cares have a official Facebook page.