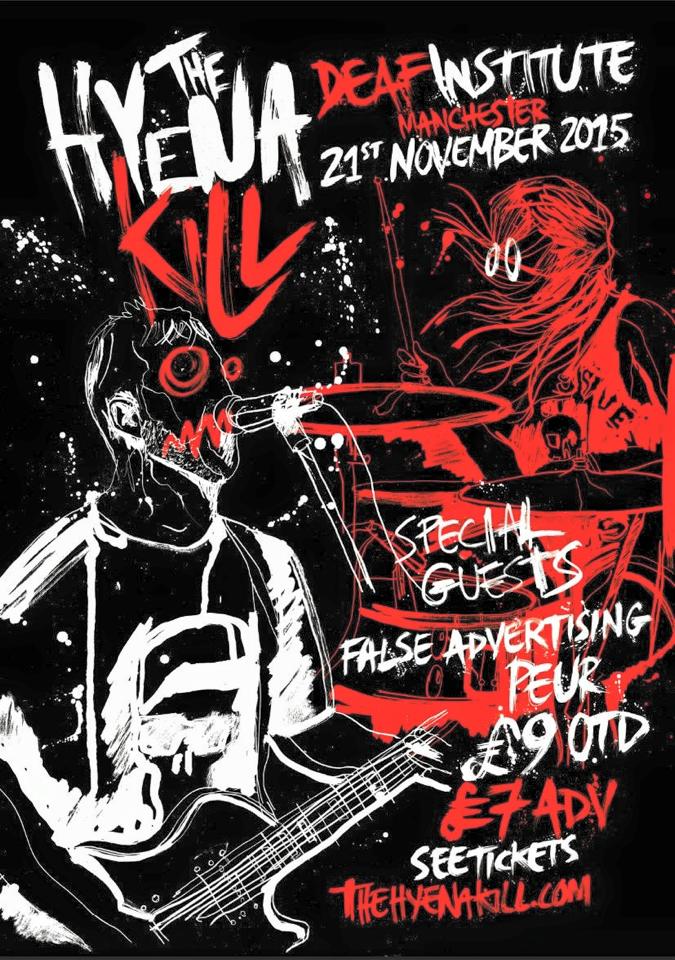 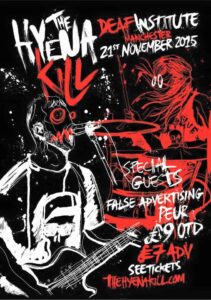 Sometimes there is nothing better in the world than watching a young rock band at the top of their game. Especially a rock band on the cusp. On the edge. On the verge of kicking their way through.

The Hyena Kill are such a band.

Tonight the Manchester based two piece sold out the Deaf Institute and turned it into a mosh cauldron full of seething energy and wild eyed Manc rock youth who have caught up with the band’s breathless electric thrills that are like a 21st century grunge but with lots of cool added bits bolted on.

The Hyena Kill are one of those perfect two piece units that you can’t even hear where another instrument would fit in. They already sound and feel like the power of Nirvana when Dave Grohl joined the band and have the same kind of seat of the pants raw power and melodic intent of Cobain before it all started to go wrong.

Guitarist and singer Steven Dobb must be the only the person in the history of rock who has ever said ‘y’sen’ in a strong Oldham accent on stage and plays a guitar that is like an avalanche of electricity – full of chugging power and droning, howling feedback – he has a killer guitar sound cranked through two amps.

He also sings in a voice that sounds like ripped flesh but still drips tunes whilst drummer Lorna Blundell is a total powerhouse. She may not be built like a brick wall but she creates a dead on, super power rush of rhythm that is astonishing. The two of them lock together and are a super tight and power drill unit.

The only way is up for this powerhouse unit who have this rock thing totally down.