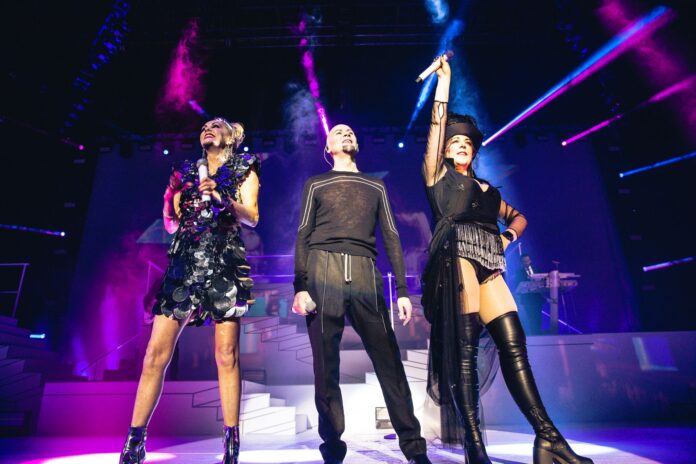 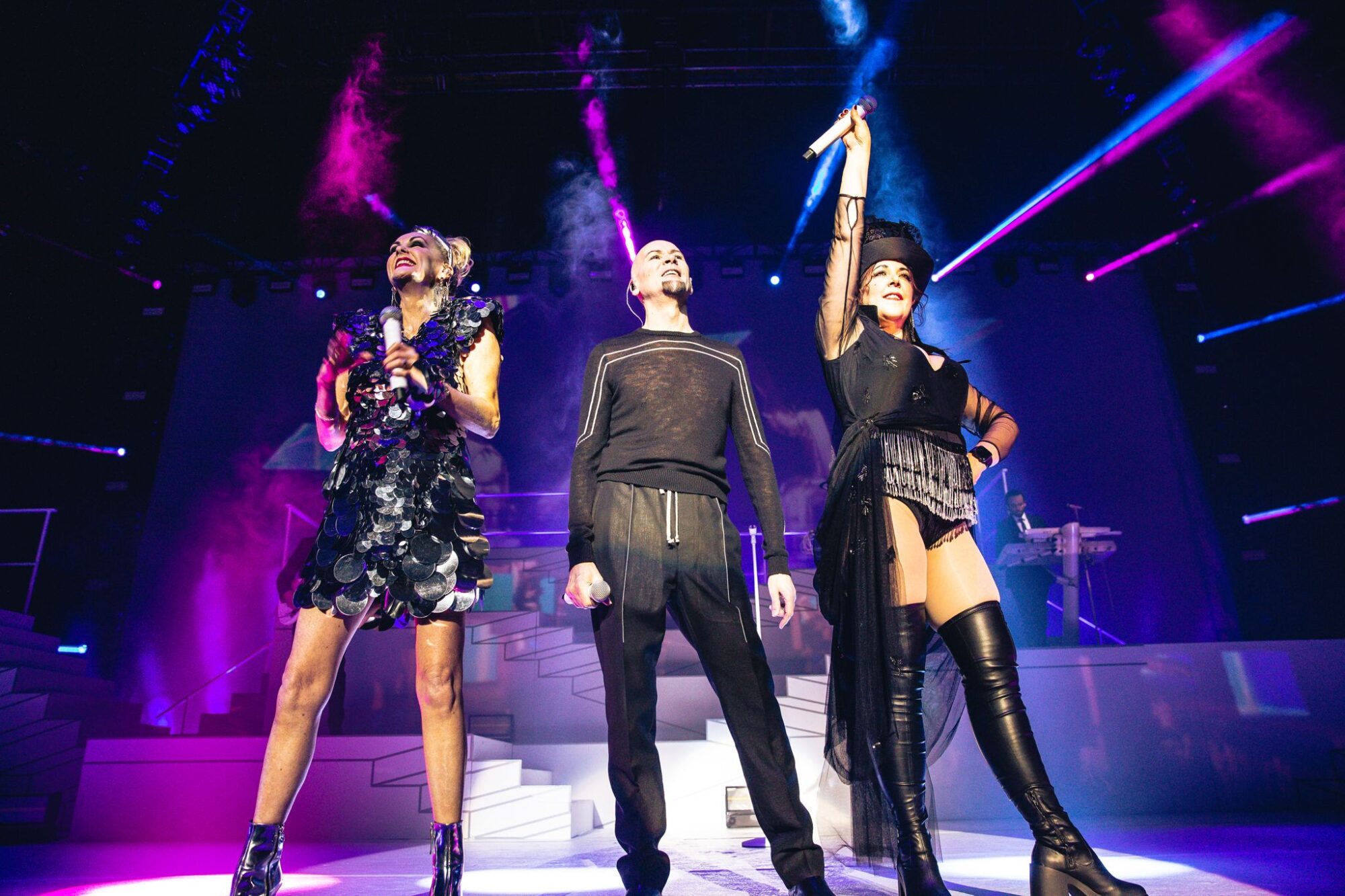 To celebrate the 40th anniversary of their third album, the career-changing Dare Philip Oakey, Joanne Catherall and Susan Ann Sulley AKA the Human League are touring the UK and Louder than War’s Martin Mathews was at their sold-out show at Manchester’s AO Arena.

I was 8 years old when Dare was released. I was then, as I am now obsessed with pop music and this was one of the first albums I bought on cassette with my pocket money. To this day it remains a favourite of mine and is one of the greatest albums ever. At 8 years old, I had no idea what a massive album this was, and would become. How important and well respected it is, it would have been unthinkable that 40 years later I would be amongst the thousands of happy fans watching the band perform the album.

I was lucky enough to see the band perform this album ten years ago, on the tour to celebrate the albums 30th anniversary, so my expectations were high, but these were met and exceeded. The night began with excellent short support sets from Altered Images and Thompson Twins Tom Bailey, which set the enthusiastic crowd off down memory lane. 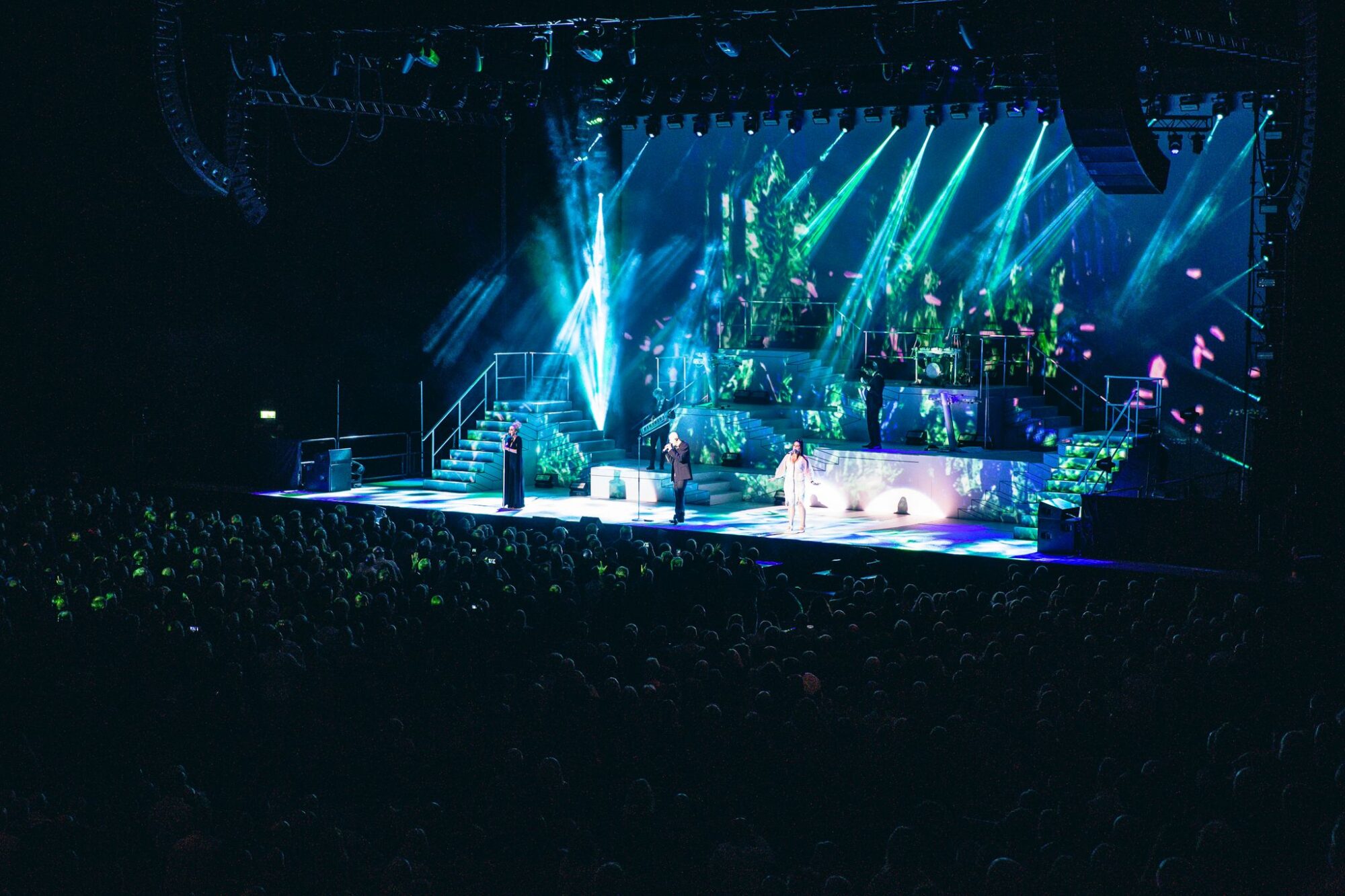 At 9pm the lights were dimmed in the arena, the excitement rose, a short dramatic overture played before the curtain fell, and the band launched into a faithful rendition of their smash hit Mirror Man from 1982. The trio were joined on stage by a four-piece band, the stage was sleek, bright and brilliantly lit, with a series of steps, which Oakey would march, run up and down throughout the show, proving he still has boundless energy. Joanne and Susan looked and sounded fabulous, changing costumes numerous times throughout the show. A selection of their hit songs opened the show, spanning their career, including Human from the 1986 album Crash, which remains my personal favourite Human League album.

The familiar intro from The Things That Dreams Are Made Of, caused a huge roar of approval from the crowd, this signified the start of their performance of the Dare album. They played the ten tracks from the original album in order, to the delight of the crowd they finished with their anthemic monster hit Don’t You Want Me. Hearing the album this way really showcases the songs, all of which still sounded fresh and timeless, without the need for reinvention or modernising. This is one of the greatest albums of all time, with no filler songs and I will fight anyone who disagrees, as I suspect would most of the crowd at the show, who were obviously having as much fun as the band themselves. 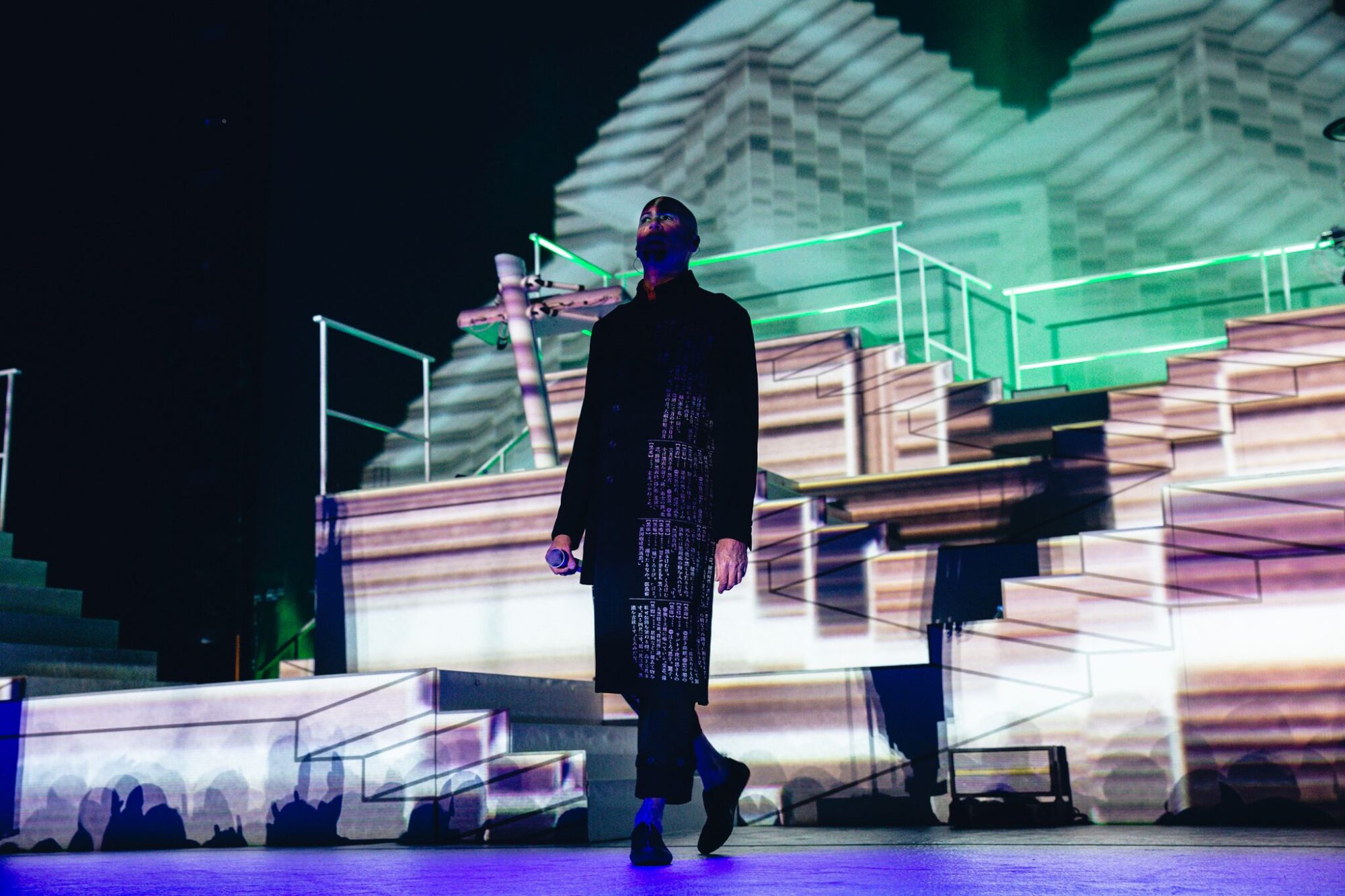 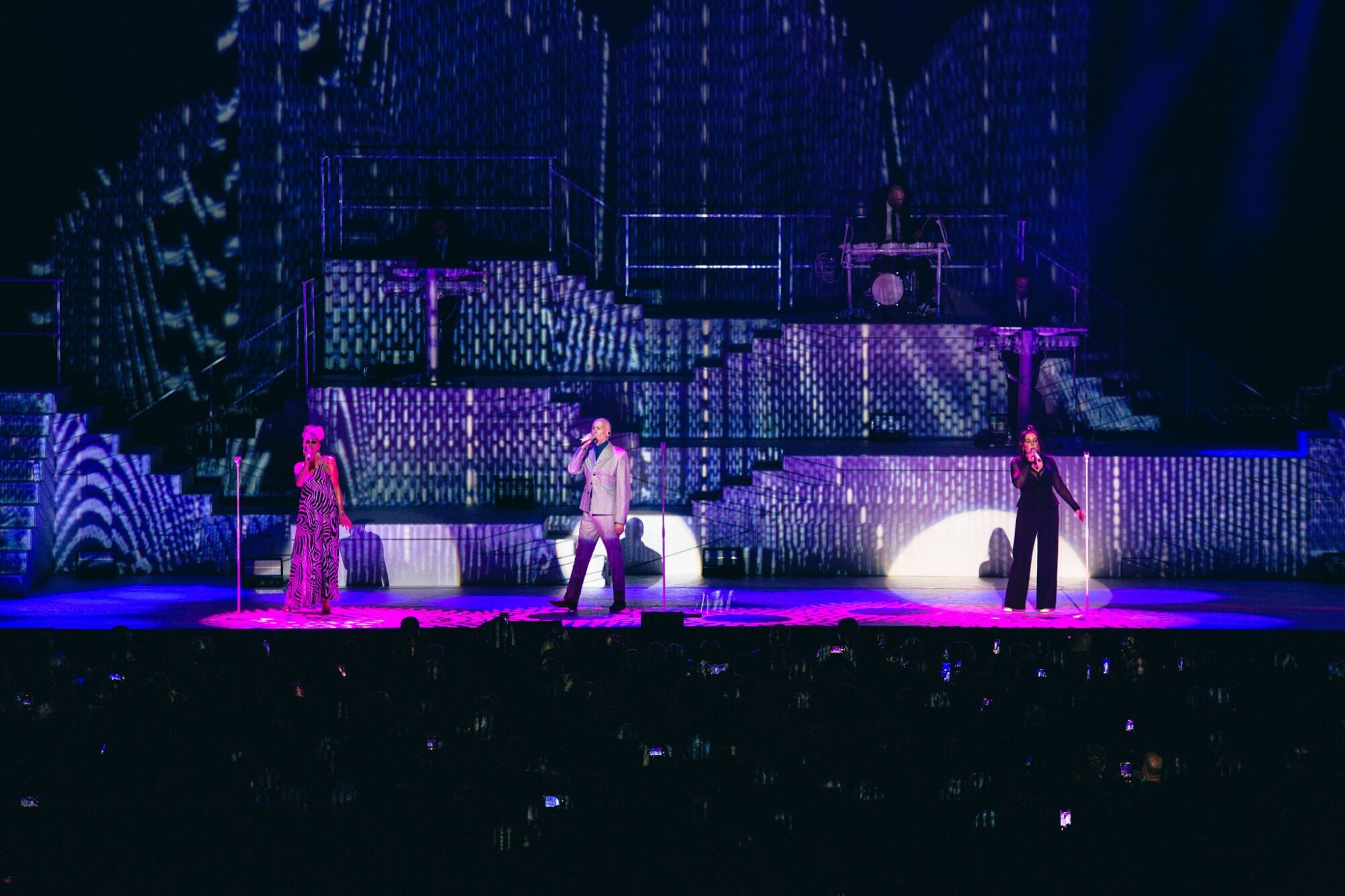 The band left the stage for a short while, before returning for a two-song encore, ending with a rousing rendition of Together In Electric Dreams, a song which lyrically sounded so appropriate we will indeed always be together in electric dreams. Oakey closed the show with the words “Thank you for making our lives” and then they were gone.

Nostalgia shows and retrospective tours are now a big business and commonplace today, however, this show was something very different. Yes, it was fun and retrospective, but it was in no way pastiche or gimmicky, this was a serious celebration of an outstanding album by a group who have been recording and performing consistently since forming in Sheffield in 1977, their last studio album was ‘Credo’ released in 2011. The Human League have proved they are more than just ’80’s pop legends, although they truly do deserve the title.

The 8-year-old boy, is now a 48-year-old man, who loves this album just as much now as in 1981, although the original cassette is long gone. A massive thank you to the Human League for a great show, for 40 years of an incredible album and for truly being part of the soundtrack of a generation.

Setlist: Mirror Man/ Tell Me When/ (Keep Feeling) Fascination/ Heart Like a Wheel/ The Lebanon/ One Man in My Heart/ Human/ DARE/ The Things That Dreams Are Made Of/ Open Your Heart/ The Sound Of The Crowd/ Darkness/ Do Or Die/ Get Carter/ I Am The Law/ Seconds/ Love Action (I Believe in Love)/ Don’t You Want Me.
Encore – Being Boiled/ Together in Electric Dreams.

Photos by Myles Wright. Please note: Use of these images in any form without permission is illegal.