Home Blogs the huge rise in homeless people – the real legacy of ‘dodgy... 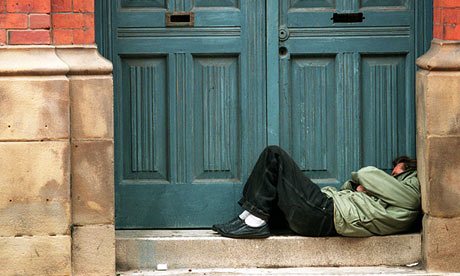 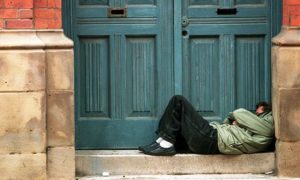 Walking through Manchester city centre now is a strange experience.

On one level the city is booming – gleaming spires and muscular confidence as it fast forwards to the future but on another level – like some kind of version of a dystopian sic fi novel the streets are full of homeless and the broken. At night time every doorway is full of sleeping bodies. Every patch of grass is full of tents. It’s not the clutch of familiar faces that we have become on head nodding terms over the years but a massed army of homeless.

Unlike the people at the city centre hotel who complained about this as ‘an eyesore’ that was spoiling their view we think the fact that people have to live like this is the real tragedy. This country is rich but the money is being grabbed by the one per cent and greed is the god and its consequences are really starting to bite. This is government that goes after the poor, bullies the broken and then squirrels away its own fortunes.

There is the tent village near Piccadilly station – up to a 100 tents pitched up on the grass after they were moved from Oxford Rd because they were spoiling the university! then there are the even less fortunate sleeping in doorways and many not even in doorways but just sprawled on the pavements.

Is this the kind of society we want to live in? A society where our prime minister squirms when asked about his investments and his supporters like Alan Duncan MP call people who ask the questions ‘low achievers’ because they are apparently jealous of the rich? The real legacy of dodgy Dave is the bodies in doorways across the UK. the broken lives and the mind numbing poverty and lack of hope. And if dodgy Dave is forced from office then its the fake jovial posturing of Boris Johnson…

A walk through the city centre in the evening sees a homeless person every twenty feet. It’ s a tragedy and not the kind of society I and most people want to live in. The government has made a virtue out of greed – they seem to think that greed is the new god and yet, like Donald Trump in America, these are not even people who worked for their money but were born with the wealth. They have no idea about the piles of bodies on the streets. They probably don’t even see them.

We need to call this corrupt government to account and also do our bit to solve this problem by shouting louder at the authorities and by doing what we can. We can’t less this continue.