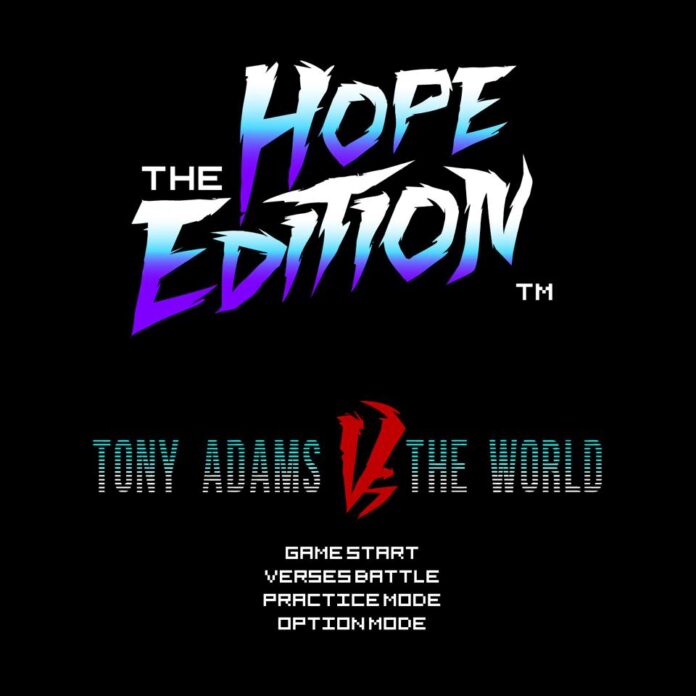 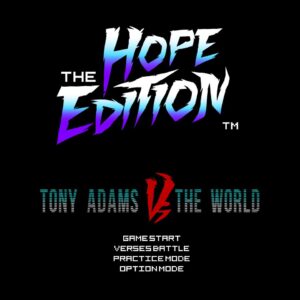 The Hope Edition: Tony Adams vs the World (self-release)

Bands that hale from Stockport can often be found baying to the black and white confines that their town offers them; their music an almost direct comparison, never mind metaphor, of the Brutalist architecture, the rampant unemployment and the almost-perpetually grey skies that Stockport is synonymous with. Not so the case with The Hope Edition however. Indeed the clue is in the name, and the optimism that runs thematically (if not lyrically) through the core of their latest offering ‘Tony Adams vs the World’, is infectious.

Having been together for a little over a year now, and forming through the dissolution and reshuffling of members’ other bands, the Hope Edition have spent the last 12 months honing their craft in to the fusion of both contemporary and nostalgic aesthetics that it is today. Having already been compared to the likes of The Buzzcocks before now, there’s also post-punk elements that bring to mind the Talking Heads, whilst the alternating male/female vocal dichotomy more than touches on the earlier moments of Los Campesinos!‘ career.

At just under four minutes long, ‘Tony Adams…’ is perfect length for a single and it rattles along with a DIY energy that can’t help but bring a smile to the face. The vocal harmonies that feature strongly throughout are nothing ground-breaking but they don’t have to be and in this instance compliment the rest of the track brilliantly.

Officially released on the 16th of June, with a launch party following at Manchester’s infamous Kraak Gallery four days later, ‘Tony Adams vs the World’ will be released just in time for summer, and you can’t help but think that The Hope Edition would make a welcome sight on the bill of any of the multiplicity of festivals that run through the summer months in manchester. It’s raw, but not without a certain degree of polish to it, and more importantly it shows massive amounts of promise from a band whose sound harbours almost universal appeal. There’s punk, there’s indie, there’s elements of spoken word and with a few more months behind them and a fair amount of media support to go with the experience, The Hope Edition could very quickly go on to join some of Manchester’s most recent successes.

You can find The Hope Edition on Facebook here.