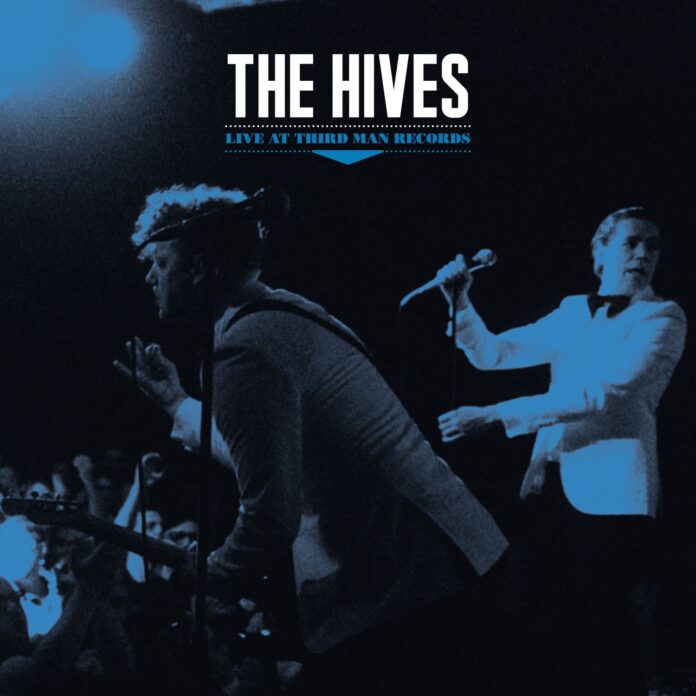 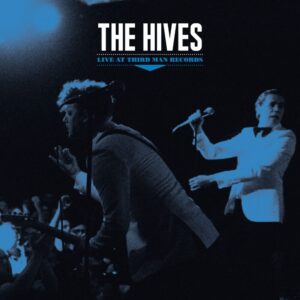 After more than two decades of incendiary live shows, The Hives finally get a live album release courtesy of Third Man Records.

As soon as The Hives burst onto our radar they were pulling out all the showmen stops with amazing high-energy rock ‘n’ roll shows. While they may have previously released a live DVD, the surprise is that it’s taken someone this long to capture where the band are truly in their element – on stage. Thanks to Third Man Records, we finally have it. Recorded direct to acetate last year, this seven-track mini-album distills down what we know they are best at and presents them stripped back and on form. That said, the only downside is that we only get seven songs, which, quite naturally leaves us salivating for more. The physical restraints of Jack White’s straight-to-acetate approach dictates it and the band squeeze out every last drop.

They kick off the record with their now-classic concert opener, Come On! from their last studio album, Lex Hives. From the off, Howlin’ Pelle Almqvist has the crowd eating out of the palm of his hand and his deft showmanship comes across perfectly throughout as he banters with the crowd. As a live overview of their career, the album cuts it excellently as they fly through some of their most well-known songs.

Walk Idiot Walk grooves with over the pulsing bass with, of course, one of the catchiest riffs of the new-garage bands that blasted through the fog around the turn of the millennium. As Drowned in Sound said at the time of release, “as catchy as the clap but without the itchy side effects!” What more could you ask for? Of course, the biggest crowd reactions come from their now-classics Main Offender and Hate To Say I Told You So, which have lost not a drop of their infectious charm since they first appeared on their second album, Veni Vidi Vicious, twenty years ago.

Last year’s new song, I’m Alive, gets a screeching outing. Did we miss them? Hell yeah we did! They round it off with 2007’s Tick Tick Boom from their Black And White Album, full of cranked up adrenaline. Who knows just how long we’ll have to wait for their next full album, but for now, in this time where such communal joy of live music is hard to come by, The Hives are getting us through it.

Listen to Hate To Say I Told You So, live at Third Man Records, below: