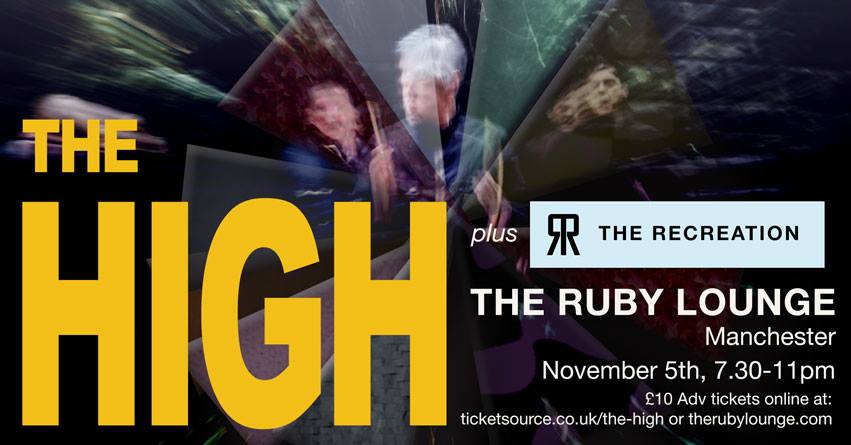 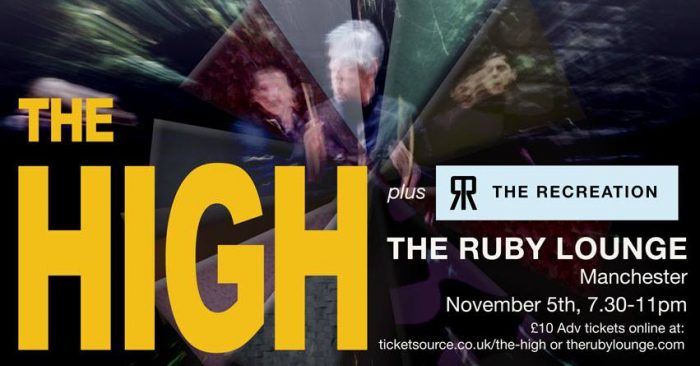 Manchester super group THE HIGH are back with stunning new material and are all set to play 2 big live dates….Somewhere Soon.

THE HIGH’s first line up of John Matthews (lead vocals, ex Turning Blue), Chris Goodwin (Drums, ex Stone Roses, Inspiral Carpets, Buzzcocks FOC), Simon Davies (Bass, ex Buzzcocks FOC) and Andy Couzens (lead guitar, ex The Stone Roses , Buzzcocks FOC Guitarist) produced some of the most sublime, spine tingling, timeless recordings in the early 1990’s; singles Box Set Go, Take Your Time, Up & Down, More…. plus debut album Somewhere Soon are all evidence of supreme craftsmen at work, hitting musicals heights any other band around that same period or even now would be lucky to proclaim as their own. 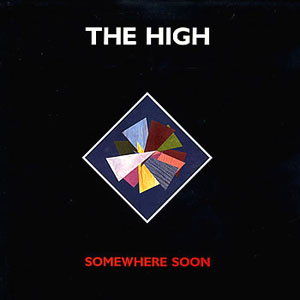 With a 20 odd year gap since then and now THE HIGH are firmly back in the driving seat, heading skywards, with equally sublime new material with new recruits in tow. After making their live return in 2015 at Manchester’s Gigantic festival joint headlining alongside Echo and the Bunneymen with new recruits Tony Mehann replacing Simon on Bass and Jackson Couzens replacing Chris on Drums, THE HIGH have gone on to play further live dates that have been celebrated and rapturously received by their older generation of fans and young new fans alike. With the likes of 6Music’s Liz Kershaw being a newly converted fan of the band, Liz went on to give THE HIGH’s new single Kiss The Sun its first national radio airplay back in August 2016 . Released on Thin Line recordings, available as a download at present, a vinyl release is pending with further new material. Kiss The Sun see’s THE HIGH back to their catchy chorus, pop guitar spanking best, this could easily have been the single to follow More… Tony and Jackson fill the void left by Simon and Chris nicely. Kiss The Sun is not to be confused with other reunion also-rans, this is Manchester’s very best unsung band back to their very best, with further new exciting material being worked on, the prospect of a 3rd album is high on the cards. 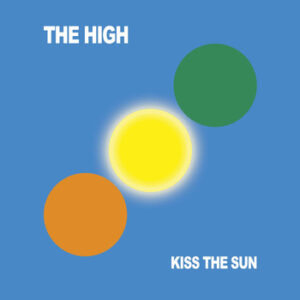 You can catch THE HIGH, with new recruit Scott Parkinson on Drums, headlining at the Ruby lounge Manchester on Bonfire night November 5th 2016 with Oldham young starlets The Recreation in support, tickets are still available  . THE HIGH then go onto play the Friday night of the legendary big indie festival Shiiine On in Minehead supporting Echo and The Bunneymen who headline the Friday night.