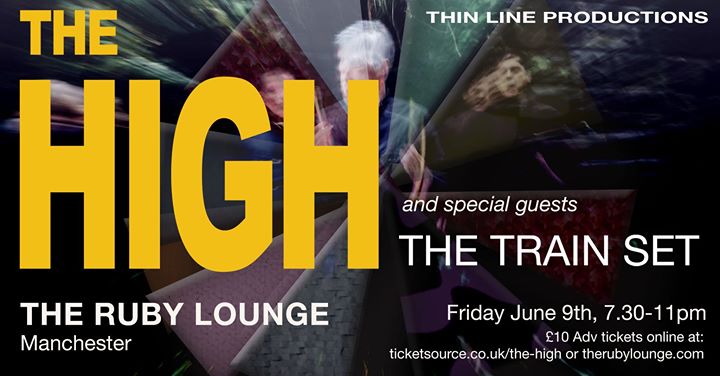 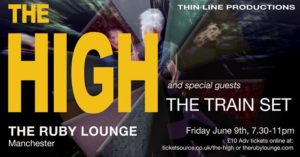 The High / The Train Set

Manchester favourites The High returned to the live stage for their first show of 2017 with Crewe’s own favourites The Train Set, making a dream double header in a barn storming gig at Manchester’s The Ruby Lounge. Pictures courtesy of Paul Langley.

Both bands had played The Ruby Lounge before tonights gig, The Train Set supporting The Rainkings and The High headlining their own show back in 2016 plus both bands were on the same bill at 2016’s Shiiine On festival in Minehead. 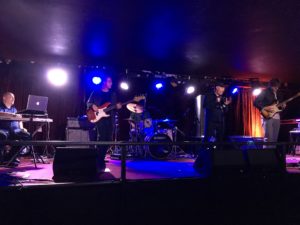 A decent turn out for support act The Train Set where they showcased some of their tried and tested material from their brilliant back catalog including the NME single of the week She’s Gone and Untouchable, plus they premiered some new material, all made for a brilliant build up for the main act of the night The High! 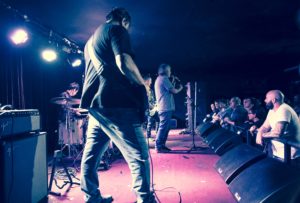 Kicking off their set with This Is My World from their classic debut album Somewhere Soon this set the tone for the rest of the evening. Tony Meehan is a solid bass player, never missing a rumble of the bass, similar in stance to Donald ‘Duck’ Dunn. John Matthews is one of the most underrated vocalist of his generation. Singing like an angel, with an Oldham touch. Andy Couzens using his rickenbacker like a shotgun, ready to let rip with those epic chords, watching Andy in full flow is as captivating as watching The Pistols or The Clash in full flow. Brilliant. 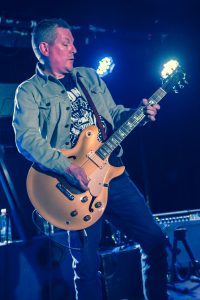 New drummer Scott Parkinson has taken over the mantle set by predecessors Chris Goodwin and Jackson Couzens with aplomb. Taking classics such as the singles Take Your Time, Box Set Go, More… and Up and Down to a new height. If you ever wanted to see a drummer hit his craft with a stylish and almost casual ease then Scott’s yer man. He has fit into his new calling with ease and carries the songs along with a true beat, like he’s been in the drum stool for 20 odd years. 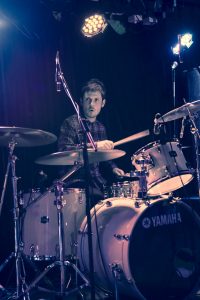 The set went on to see some back catalog from the bands scarcely heard 2nd album Hype including the upbeat Keep On Kummin and recent AA side favourite Woodhead Pass, released on Thin Line Recordings. 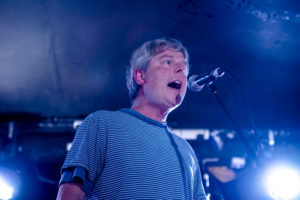 Their energetic set finished with the magnificent Bombay Mix, a hypnotic mix of Tomorrow Never Knows mixed with Slaughter and The Dog’s, which had crowd begging and shouting for more. A brilliant gig to get The High back on the radar with the promise of an album celebrating their unreleased recordings with legendary Joy Division and Happy Monday’s producer Martin Hannett. 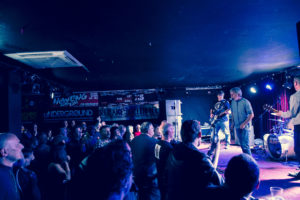 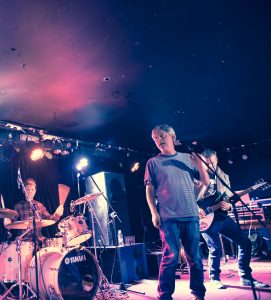 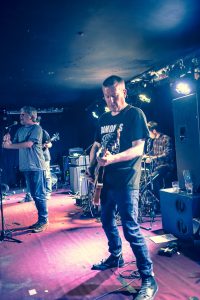