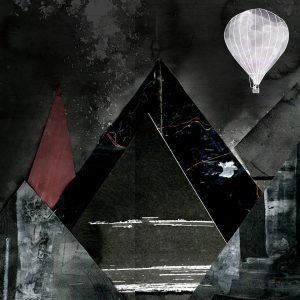 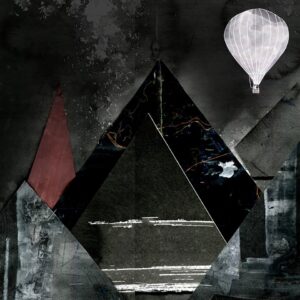 Louder than War’s Ioan Humphreys has a listen to a brand new collection of ‘experimental found’ music by Dan McRae aka Thin Films aka The Hidden.

I’m no stranger to the work by Dan McRae aka Thin Films and now aka The Hidden having reviewed his past work frequently on  the Louder Than War site. So it was with great anticipation that he got in touch to let me know that just months after releasing his last album here, he is to release an album of ‘found’ sounds, field recordings and ‘snapshot recordings’ that he has collected over the last 10 years under the moniker of The Hidden.

According to McCrae, “These (recordings are captured) often secretly but always in various locations. Stealing amazing reverb from random rural churches (UK) to ‘snapshot recordings’ in Idaho (USA). As well as authentic space/location recordings across the UK. Highlight locations have been where my girl steals a moment on the “DO NOT TOUCH” piano in an empty church in Devon…recorded while she thinks no one (especially me) is listening.”

He expands, “other tracks on this album have a more structured feel, but always with the “ethos of minimalism… (and) not shy of embracing the perfume of lo-fi recording techniques.”

The album is made up of snippets, often abstract pieces of music that McRae has hoarded over the last 10 years. There are 13 track on this release and the titles range from the oblique – Building the Machine, The Circle, to the playfully familiar Even Flow and Vincent Gallo. But the overriding feel of this album is experimentation, fun, and intrigue.

Throughout there is the ever present haunting piano that appears either through veiled fuzzy field recordings or as a more hi-fi sound. Mixed in there is beautiful cello work (Unfold, Killer Whale and The Piano Fuel), big orchestration (Unfold) and what sounds like a beautiful use of a squeezebox (Killer Whale)

The whole album feels very much like McRae has been holding on to these treasures for years and years and perhaps never really knew what to do with them. But finally, with experience and age behind him, he has been able to put his found objects into a sequence and format that they deserve. I think there is beauty in these recordings that evoke similarities to John Cage and Max Richter. McRae continues to surprise with his innovation, experimentation and his unending pursuit of the perfect recording, be it lo-fi field recordings or high tech studio work. What matters to McRae is the end result and the effect it has on the listener, and in that respect, he is a force to be reckoned with regarding the manipulation of sound and the possibilities it has.

Yet again he has delivered a fascinating body of work that surprises and unsettles, yet gets ears pricked and interests piqued. Listen to this!

You can pre-order the album now through the Bandcamp link.

Dan aka THIN FILMS aka The Hidden tweet as @dmcrae. He can also be found via his The Hidden Facebook page.