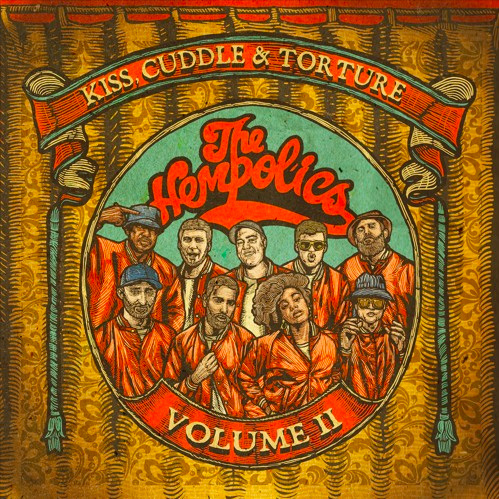 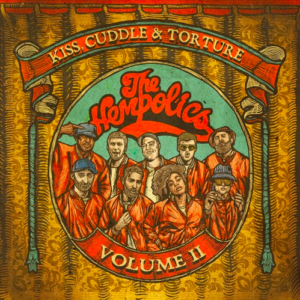 The group is made up of Grippa Laybourne (Dub FX, Keys), Nubiya Brandon (Vocals), Dandelion (Vocals), Harry Collier (Vocals, Guitar), Leon King (Guitar), Lorenzo (Bass) and Craig Boorman (Drums). Even though The Hempolics are a made up of a large cast of characters, each member manages to flourish their talents without stepping on each other’s toes.

Nubiya Brandon’s vocals are a key highlight in The Hempolics music. Brandon’s voice can stand tall against the iconic tones of Martina Topley-Bird and Sister Nancy. As vocal duties are spread across the group, Brandon sings on Full of Surprises, Strange Feeling, Play On, In The Night and The Enemy. The group clearly hold Brandon’s talents in high regard as she both opens and closes the album.

Grippa Laybourne is the mind behind production on this record. He says, “we wanted to make something fresh and with an instant upbeat feel. I wanted the band to be more involved with the writing process, for example, ‘Play On’ it’s the only track they found, wrote and recorded their own parts before I arranged it and finished it off adding horns and keys overdubbed”. Laybourne said the group were trying to make something completely different to Boss Clock Me Style, one of the singles from the group’s debut that was playlisted on BBC 6Music. For example, Place is Hear, written by Laybourne along with Pauline Taylor, is said to have a 90’s shoegaze influence, giving the track a psych groove.

The charm of this album is the clear joy and kinship between those who made it. The track Gotta Thing, featuring Miami based rapper Cojack has classic Hempolic reggae grooves over a beat that sounds like it was stolen from the great RZA’s playbook. Similarly, On the reggae-funk mashup, Bongadashi, Boorman’s drums and Lorenzo’s basslines keep a menacing groove while Laybourne litters the track with dub FX that compliment and never intrude. While the group still retain much of the atmosphere from Vol 1., Vol 2. shows the band extending what they can do musically.

Kiss, Cuddle & Torture: Vol 2 is released on June 12th via Zee Zee Records and can be purchased here.