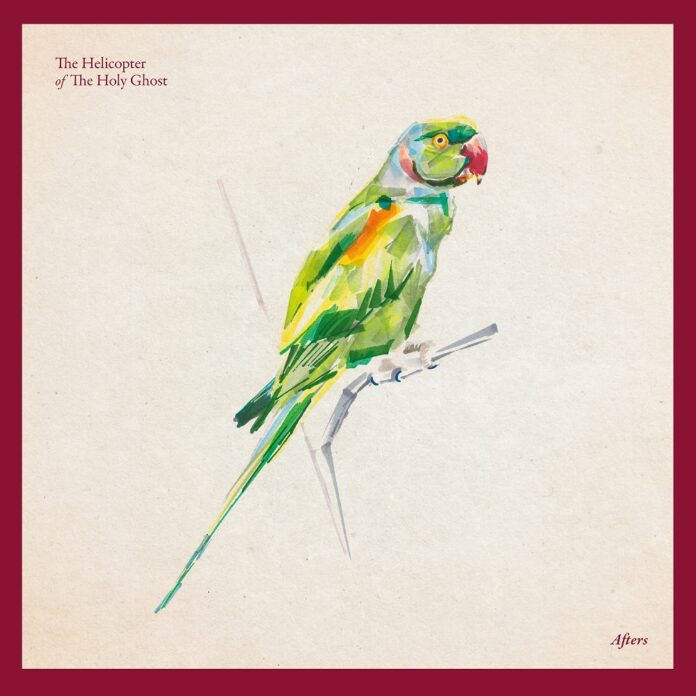 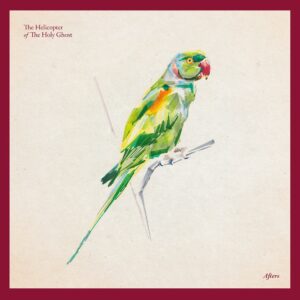 The Helicopter Of The Holy Ghost: Afters

Two decades on from being in a coma for a long period after a near-fatal road accident, Billy Reeves has put together a band to resurrect a collection of songs for which he has no memory of writing. Ian Corbridge checks out the melancholy musings from this stellar band of musicians going by the name of The Helicopter Of The Holy Ghost.

The Helicopter Of The Holy Ghost is a band formed almost out of adversity by Billy Reeves, with an intriguing story behind it. Billy was, you may remember, the catalyst behind the formation of Theaudience in the mid to late 90s, effectively launching the career of singer Sophie Ellis-Bextor. After they disbanded, Billy signed a deal with Sony in 2000 with a new band, Yours, but it was a deal that was curtailed in horrendous circumstances, as Billy was hospitalised for a long period, after being hit by joyriders at high speed in a car accident. Much of the past then became a blur at best, as crash-related amnesia kicked in. So what exactly would the future hold for Billy Reeves?

Well, Billy was not one to give up on life, retraining as a journalist and broadcaster. Fast forward to 2017 and Billy’s brother presented him with two mini-discs which had been salvaged from the car wreckage all those years ago. Within these digital grooves emerged a bunch of demos which had long been forgotten. Indeed, Billy could not even recall the inspiration for the songs he had written. Whatever the case, it is these songs which provided much of the inspiration for the album, Afters, with help from quite a few very talented friends.

A long passage of time can, of course, have quite an impact on any song; just ask any Bob Dylan fan that. In terms of Billy’s collected musings from over two decades prior, it is likely they were put together in a more commercial phase of his musical life. But that was then and this is now. And what I have just listened to, I suspect, sounds nothing like what it might have done all those years ago.

The opening song, Slow Down really sets the melancholy tone which runs through the album, with its dramatic opening chords gradually melding into dreamy psychedelic soundscapes. With a narrative riddled with unfulfilled promise, it’s a beautiful meandering lament, showcasing the magnificent vocal talents of Bluetones frontman Mark Morriss to great effect, in a way which I do think I have never heard before.

Enlisting the services of Mark Morriss sounds, on this evidence, to be an inspired stroke of genius, taking him out of his normal comfort zone of the jaunty vocals which befit the jangly-guitar Britpop pioneers from the early 90s. Alongside Billy on synth and Mark on vocals, the band also comprises Crayola Lectern (Departure Lounge/ Lost Horizons) on piano, and Mark Peters (Engineers) on guitar. It is also quite evident that producers Richard Archer (Hard-Fi) and Simon Raymonde (Cocteau Twins) had a significant influence on bringing these lost memories back to life. Having said all that, I still have no idea where the name of the band came from.

Difficult Song follows with a haunting melody and heart-breaking story of regret, with Mark crooning in hushed and velvety tones which totally fit the mood. Meanwhile, Tony’s Got A Car has distinctly psychedelic leanings in a late 60s Beatles kind of way, as it builds mid-song before drifting off into the distance with an extended piano-led refrain. Vocally, this is much more in Mark’s usual style, but this nine-minute epic is also bolstered by the talents of Smiley Barnard (The Alarm) on drums, Dale Davis (Amy Winehouse’s band) on bass and Gavin Laird (Telstar Ponies) on 12-string.

By this stage of the proceedings, it has become evident what an impact Crayola Lectern has had on the sound and the whole mood of the album. The improvised, laid-back feeling of the piano which features so consistently, infused with psychedelic leanings and whimsical lyricism allude back to the early 70s Canterbury sound championed by the likes of Robert Wyatt and Caravan. And this theme certainly runs through A Little Longer, which is another piano-led despairing tale of longing and patience in the presence of love.

The discordant and disarming tones of instrumental Hangar Lane Gyratory System 4.44am add further mystery to this collective piece, before I Will Never Hurt extends the feeling of loneliness even further as it speaks of separation amidst the mournful strains of Alistair Strachan’s cornet. And if you are thinking things must pick up soon, think again, with End Of Loneliness feeling like the very end of the final chapter of someone’s life.

At least You Too offers a somewhat more upbeat tone, replete with a striking guitar solo to close it out, before I Didn’t takes us back to those dreamy suburban skies amidst a much richer tapestry of sound.

Afters gives out the feeling of a collection of melancholy musings on a chilled and barmy summer’s evening, encapsulated in a series of beautifully-crafted songs. Mark Morriss’ vocal crooning shines through as a complete juxtaposition to the jaunty songs synonymous with the Bluetones, and the arrangements so perfectly capture the intended mood. It’s an album that definitely merits repeated listens, weaving an indefinable spell across the borders of your mind.

Afters is effectively the resurrection of a great lost album which, in a bizarre twist, even the writer knows nothing about. For this we should all be thankful. For those writers who like the listener to make their own mind up about the meaning of their songs, this is the perfect foil. Whether there are further unplumbed depths in Billy Reeves’ forgotten archives remains to be seen, but I sincerely hope there are.

You can buy Afters here.