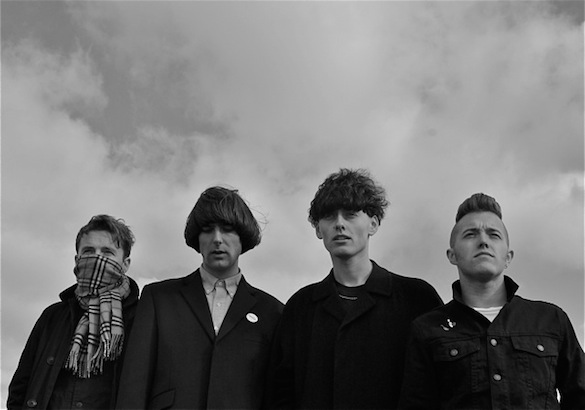 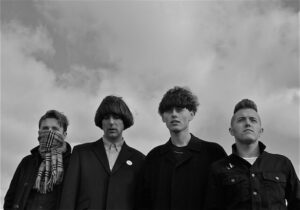 A few years ago, the Heartbreaks were a reasonably proficient indie band, steadily making a name for themselves with a jangling guitar shtick not too dissimilar from their contemporaries. Now, they are purveyors of grandiose, politically-charged pop – but why hasn’t anyone taken notice? That the tattered remains of the music press aren’t taking notice of exciting bands is news to nobody, but this is a band that seem such a gift to the NME.

Three stocky Morecambe bruisers with an androgynous slither of a singer, the Heartbreaks have always looked the part but finally really have the material to warrant spotlight. Opening track tonight ‘Paint the Town Beige’, the first track from this year’s ‘We May Yet Stand a Chance’, is a case-in-point – though lyrically concerned with the homogenisation of the high street, sonically it’s anything but inward and parochial. Oh the homogenisation of the high street – you wonder whether better heeled bands like Alt-J have ever even noticed. Once ‘Paint the Town Beige’ properly let’s rip with distorted guitars and seething falsetto, you’ll have to wash your mouth out if you ever refer to this band as ‘indie pop’ again. The set tonight still comprises largely of their well received debut ‘Funtimes’, and these songs have an added fire in their belly that serves them well, ‘Delay Delay’ and ‘Polly’ coming with a bite and gusto that felt somewhat lacking from their original studio incarnations, whilst ‘Jealous, Don’t You Know’ from the same album is delivered acoustic with help on vocals from much of the audience.

The highly relevant ‘No Pasaran!’ is the standout track tonight, fusing the Heartbreak’s main touchstones of Echo and the Bunnymen, Ennio Morricone and 60’s girl groups with dazzling effect. The last band in memory to make you dance to Spanish Civil War slogans was the Manic Street Preachers, a band with whom the Heartbreaks perhaps unwittingly share much of the same snotty, literate, piss-and-vinegar spirit. It took three albums for the Manics to show they really meant business, that should encourage this Morecambe quartet.

‘Absolved’ is introduced by Whitehouse with a grumble about the track not entering the top 100, gallows humour not entirely misplaced as this is as well crafted and exhilarating a slice of British indie as you’ve been likely to hear in the last few years, Morecambe soul heavy with handclaps and melodrama. The set ends with the shimmering ‘I Didn’t Think It Would Hurt To Think Of You’, and the band are quickly outnumbered onstage by members of the audience, this accelerating to the point where I find myself in the minority of people in a venue not actually on the stage. As this stage invasion puts paid to, the Heartbreaks are a band whose heavy investment in their own craft is reciprocated and understood by their audience, and more than most bands in Britain these warrant the chance to break the depressing truism that to survive in modern music you have to get it right the first time.