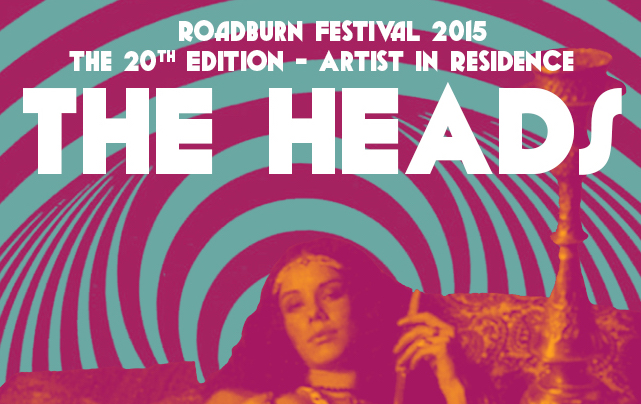 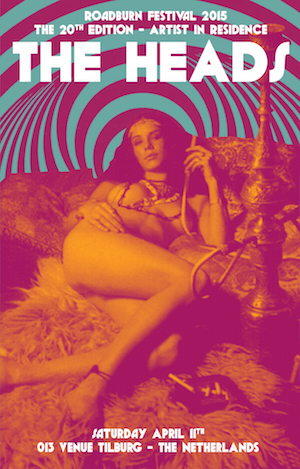 The psych-rocking blitzkrieg that is The Heads have announced that they’ll be playing three rare shows in April – one on 8th April at London’s Lexington and the other 2 as Artist in Residence at Roadburn Festival. Full details below.

The Heads, whose recently remastered album Everybody Knows We Got Nowhere caused Adrian Bloxham to conclude his review for us thus…

“The long and short of it is, if you like dirty nasty rock’n’roll heavily laced with beer and bongs then this really is the record for you, especially if you missed it first time around or your old copy has too many burn marks on the cover. It’s quite breathtakingly insane.”

…have announced that they’ll be playing a one-off show on 8th April at London’s Lexington (Tickets) ahead of their performances at Roadburn, as “Artist in Residence”.

The band (Wayne Maskell, Hugo Morgan, Simon Price and Paul Allen) have confirmed that they will perform two sonically searing sets at the 20th edition of the festival, set for April 9 – 12 at the 013 venue and Het Patronaat in Tilburg, The Netherlands. As part of their residency, there will also be performances by Kandodo and Anthroprophh – acts that are umbilically linked to The Heads.

For these very rare appearances, The Heads will steer their immense Stoogian riffmongery and West-Country-fried kraut workouts into a psych-set that will focus on their more tripped-out jams on Friday, April 10 at Het Patronaat. The band’s residency will culminate  in a melting point of amped-up space rock on the main stage, blasting you into the stratosphere on Saturday, April 11.

Kandodo will take the stage at Het Patronaat on Thursday, April 9 as part of The Heads’ residency, having Loop’s Robert Hampson to join them as a special guest.

Paul Allen’s Anthroprophh will be playing a specially selected spacey set, including never performed before tracks from new LP UFO on Thursday, April 9, in the Green Room.

Fans of spacecosmicfuzzprotopunkelectronicpsychrock rejoice! You can find The Heads on Facebook.