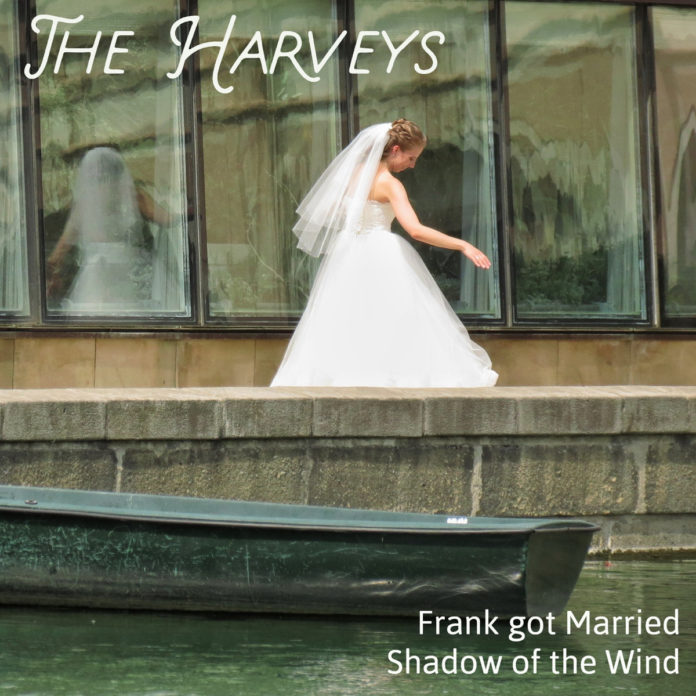 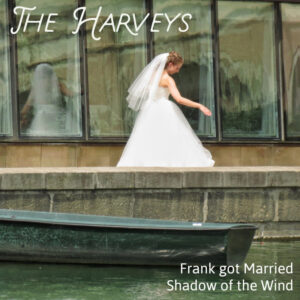 The Harveys: Frank Got Married / Shadow of the Wind   (German Shepherd)

Second single on the Salford label from the artistes formerly known as  Harvey’s Rabbit – a classy John Peel Indie band who made the Festive Fifty with Is This What You Call Change? in 1995. Ged Babey discovers yet another example of the Greatest Band You’ve Probably Never Heard Of.

Where John Peel used to be so vitally important was providing a platform for the outsiders and mavericks making romantic, intelligent, unusual music…  Contenders with much more soul and talent than (music) business acumen.

In 1995, it was oddball art-pop veterans Pulp who dominated his annual end of year round up, as voted by the listeners, and not Oasis. The Festive 50 that year included Catatonia and Solar Race representing the female-powered newcomers who were my favourites but also indie-outsiders Harveys’s Rabbit, Tindersticks and The Flaming Stars who caught my ear.

Is This What You Call Change? is a languid, autumnal classic, from the pen of Go-Betweens Robert Forster.  Whilst I followed the cult success over the years of Tindersticks and the Flaming Stars in that just-pre-internet-boom period Harveys Rabbit dropped off my radar.  Until now…

Harvey’s Rabbit existed from 1992 to 1998 and recently reconvened. Of the original five-piece only Tim Lyons (vocals); Mick Pullan (guitar) remain in the newly christened the Harveys – but the feel and musicianship remain the same.

The new single couples a remake of an old Harvey’s Rabbit number “Frank Got Married” with a newer song “Shadow of Wind” and embraces the Brel/Brecht elements of the bands work.

Often described as the English Go-Betweens the band have a unique melodic pop sound with elements of klezmer and European folk oriented genres folding into the mix.

Come on, that is just brilliant stuff. Low-budget theatricality, threadbare glamour and a boozed-up romanticism.  Impossible to pigeonhole, just quality songwriting and musicianship with melody, wit and pathos.  I am reminded of the Band of Holy Joy because of the Brel/Brecht influence and the Falling On A Bruise type work of Carter USM.

Shadow of the Wind is a Spanish-guitar flecked, crooning piece of cinematic melodrama crying out for a suitable scene in a TV series to soundtrack the sun-dappled melancholy.

The previous single, which I missed out on, such is the volume of German Shepherd releases, is just as good.  Skeleton Dance recalling another Harvey: Sensational Alex and his version of Brel’s ‘Next’.

Laugh At The Stars is more vaudevillian twang and made me remember another band of ‘fellow travellers’ from the 1990’s who should’ve been huge but were just too cool for the masses:  Gretchen Hofner.

The Harveys are far, far too good to be a Band That Time Forgot… an intriguing, musically stylish and imaginative band, with a dramatic touch in their songwriting.  They’re back and an albums-worth of songs like the ones on these singles will be something to look forward to.

Buy The Harveys singles from here and here.

A brief history of Harvey’s Rabbit can be found here  in this dusty old corner of the internet.  And The New Spiritual Vacuum album is on YouTube  and available digitally.