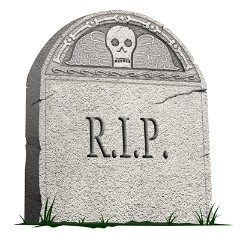 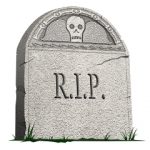 Did ‘good taste’ kill the music scene? or is guitar music actually dead?

It’s typical of a music critic, even a goods one, to think that a music critic’s list of favourite records in 2011 not reflected by record sales to be a symptom of the death of guitar music.
The Guardian’s list of critics favourite records from 2001 is stuffed full of good records but is hardly a barometer of what’s going on out there. There is no metal in there and the big selling indie bands like Noel Gallagher and Kasabian are noticeable by their absence. Fair enough, it’s not meant to be a list of big sellers, but equally it’s not a reflection of what’s happening out here.
Just because most people don’t buy into the music journalist version of music doesn’t mean it’s all over for guitar music.

From where we are sat guitar music is in rude health. Every day we get sent great new guitar bands from indie to metal to punk. It’s really healthy out there and if these bands don’t fill stadiums yet who cares? we are music heads not bank managers, sometimes bands that I have championed first like the Stone Roses or Nirvana have sold millions, sometimes bands I have championed have sold fuck all but I still love them.
How can you say guitar music is dead when you don’t even talk about metal? For years metal has been bigger and as important as indie and yet it still gets ignored by the Guardian, BBC radio and TV and all mainstream media. It’s not enough to say that metal has a late night specialist show or its own media. It’s time to report it as part of the whole music process. Kerrang has been outselling the NME for years and bands like Rammstein sell out UK stadiums with no radio play or press support outside the specialist media but this is not acknowledged outside the metal world.

This idea that the Strokes were a major influential band still lingers for the out of touch music critics and whilst it’s true that they were important for some people they were hardly Metallica and its this indie ghetto mentality that sees all this current hand wringing about the so called ‘death of indie’ or ‘rock music is dead’.

Far from dead, rock music is in rude health.

Several metal bands have scored top 5 albums in the USA in the last few months and still sell out arenas in the UK.
Mainstream UK media has always been far too conservative to embrace guitar music apart a sometime nod to indie music.
Bring me The Horizon had a top 20 album in America but were not considered for the Mercury Awards and it’s the Mercury Awards that sum up this received idea of what ‘good taste’ is and really underline the problem.
Our snobby attitude has come come back to bit us on the arse.The tiresome ironic gurning that greets a metal band from presenters or the dismissing of bands like Kasabian is part of the process.
Everyone is welcome to their taste but with a music media where everyone seems to like the same bands like The Fall (we love them as well ha ha ) and ignores all the others it’s no wonder we get these panics.
Meanwhile the Stone Roses sell quarter of a million tickets in 40 minutes for a gig, a whole host of guitar bands will release big selling (and big pirated on the net releases) this year and most rock festivals are going strong (The Levellers beautiful Days festival gets bigger every year, Rebellion punk festival gets bigger and bigger- and although big fringe events both get ignored, why?)
We get the music scene we deserve, meanwhile everyone else is having a loud and good time.