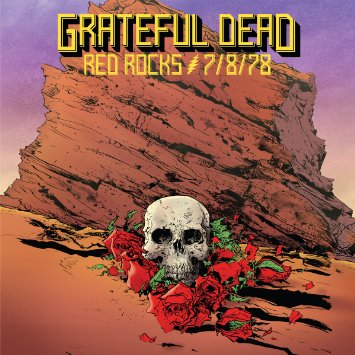 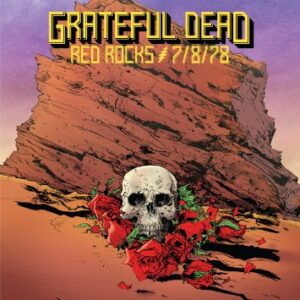 Three album live set from American giants of the counterculture. Louder Than War’s Joe Whyte lets us into his guilty pleasures.

I have a secret. Despite my otherwise impeccable punk rock credentials (!) I have an admission to make. At one point, in the very, very distant past, I found myself a fan of The Grateful Dead. Personally, I blame the, erm, recreational substances but I have to admit, I still have a little place in my heart that will forever be tie-dyed and Deadhead. There is a run of albums that I heard consistently in peoples flats over that period. Two of those albums were American Beauty and Workingman’s Dead and they stuck with me for years. Those two records, both from 1970, are classics of American roots music in the same way That The Band’s Big Pink, The Burrito’s Gilded Palace Of Sin and Dylan’s John Wesley Harding are. Giants of what later became Americana and at the time were considered to be “Cosmic American Music” after Gram Parsons had coined the phrase.

I guess most people’s perception of The Dead is of the baby boomer generation, the Summer of Love, the counter-culture and long, dreary jams and never-ending guitar solos. Free festivals and drugs obviously get thrown into that mix, too. The Dead were known for being very much a live band, too. People tend to think of their hugely long sets and the market, even in the pre-internet era, for swapping desirable cassettes of legendary shows, was worldwide huge. I personally don’t pretend to be anything other than a casual fan; many people treat The Dead as a lifestyle choice and their knowledge of the minutiae of the band is vast. This live set is from the legendary “Betty’s Boards” series; Betty Cantor-Jackson was a fan who would obtain sound desk recordings of plentiful Dead shows and these changed hands fervently in the days of cassettes and record fairs and laterally the internet in recent times. This one is something of the holy grail of Grateful Dead live albums.The bootleg was legendary for a couple of reasons, namely the sound quality and more importantly, it was one of those special nights (which only happened once in a while) when the sound of The Dead’s jamming and interplay just clicked and the band hit the stratospheric heights that they so often strived for. The Dead could take a groove, lock into it and take it places previously unheard; they were good musicians, at times great musicians but they rarely get into the whole virtuoso wank-fest that blights many bands of the era.

The whole show is here if you want to watch it. I’d recommend, ahem, getting in the zone, as it were, if you want the full GD experience….

The album is in a beautifully packaged sleeve, and as mentioned, the sound quality is vastly superior to bootlegs and desk recordings of the era. The set has been remastered by Jeffrey Norman and every nuance of Garcia and company’s interstellar interplay is captured.

The first disc is 11 tracks long and is probably the most song-structured of the set; discs two and three have much longer pieces and songs are taken apart, rebuilt and expanded to the max. That first disc shows how The Dead were more than a match for any American band in the classic song stakes and as mentioned, they’d clearly honed the whole roots rock thing over many years of playing together. Ramble On Rose is a clever, intricate piece of down-home boogie with a touch of the surreal at its core. The guitars of Garcia and Bob Weir wrap themselves sinuously around the song as the band kick up a storm of primordial rocking. Dead fans will love this set- the crystalline sound matched with the cosmic groove and the sheer perfection of some of the songs will make sure of that. There is actually a bigger set released the same day in “Grateful Dead, July 1978, The Complete Recordings” which is an eye-watering 12 CD boxed set from the self-same Betty Boards sources and is literally manna from heaven for Deadheads.

The second disc of this set, as mentioned, is a little more unrestrained as regards the stretched-out jams. Estimated Prophet (from that same years studio album Terrapin Station) at times drops into a reggae-styled groove and takes the listener on a weird journey from California to the West Indies in its near-thirteen minutes. Rhythm Devils is a clanging, imposing virtual drum solo from twin skins-men Mickey Hart and Bill Kreutzmann. It has the feel of World Music about it and shows that The Dead were stretching their influences ever worldwide. Listening to it, I kinda imagine Gerry Garcia and chums heading offstage during this portion of the show to enjoy a bit of mid-set relaxation, as it were…..

Wharf Rat, long a live favourite, does not disappoint and the magnificent Sugar Magnolia is expanded out to nearly ten minutes of sweet vocal harmonies and chiming guitars.

With disc three covering the three extended encores and including a startling version of Warren Zevon’s Werewolves Of London (given the Garcia and co. treatment) this is a long, strange and heavenly trip into the heart of The Grateful Dead. if you’re a fan, this is crucial. If you’re not, this is a very good place to start.