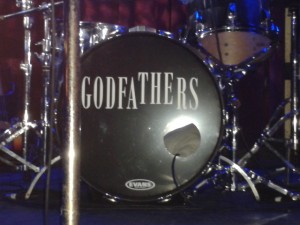 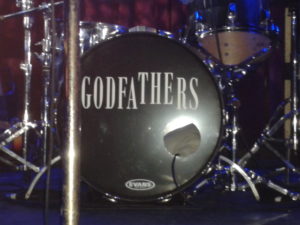 Two new songs to add to their catalogue of feral rock’n’ roll adds potency to The Godfathers’ Valentine’s night show at The Borderline.

With music, as with so many things, having an understanding wife is a huge bonus. “Darling, you don’t mind staying in on Valentine’s evening while I pop down to London to listen to some feral rock n roll served up in style by The Godfathers, do you?”. “Why, of course, not! Have fun”. O.K, it wasn’t quite like that, but near as dammit. Sadly, the stairs would prove too much for Mrs H now, otherwise we would have shared the night’s festivities. However, I took this opportunity to get to The Borderline early to interview the band (coming soon).

The Godfathers celebrate their 30th anniversary this year, and much has changed since ‘Jukebox Fury’ was released in 2013. The band now have a new, five man line-up which is exactly what their rich catalogue of songs deserve and need. Equally importantly, they have two new songs tonight that are truly worthy of The Godfathers’ name. 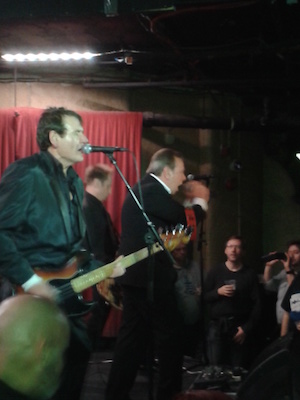 Knowing that ex-Jonny Cola And The A Grades guitarist Mauro Venegas was on board was enough to get me to The Lexington last October and I wasn’t disappointed. So, I had to be here tonight; it promised to be another in a long line of special Valentine’s Day gigs.

Pleasingly, by the time support band The Peckham Cowboys come on at 8pm, the venue is packed out. So much so that I lost the only person in there that I knew (sorry Eva!). They played with their customary ragged charm and gained quite a few admirers by the end of their set.

I still get a shiver when the John Barry intro music starts. It’s a potent reminder of gigs and years gone by when the sheer power and intent of the band rooted me to the spot. As an eager teen wanting his band to take on the world, they taught me a valuable lesson; you better try harder. I still value it.

‘I Want Everything’, swiftly followed by ‘Cause I Said So’, delivered with style and punch, is a faultless way to begin. People are still arriving, clearly taken aback by the size of the crowd and the ferocity of the band. I can barely move. Fifth song in, Peter Coyne introduces the first new song, ‘Til My Heart Stops Beating’, which fits into the set perfectly. They’re just back from a tour of Belgium and Germany, and it shows. The Lexington last Halloween was great; a relief that the Coyne brothers have found the right line-up. Tonight is tighter, focussed and assured. 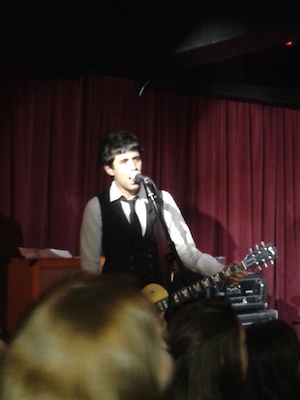 They play songs from all eras (though I’d really want ‘Love Is Real’, hint); ‘Jukebox Fury’ is represented by ‘I Can’t Sleep Tonight’. ‘How Low Is Low?’, then, suddenly, Steve Crittall’s amp cuts out, so there’s a short break while The Peckham Cowboys kindly lend one of theirs. This could unsettle things on any other night, but they launch into ‘Unreal World’ and then second newie ‘Rewind Time’ and it feels like a celebratory evening. Now, this is a good song. Class.

If Peter Coyne is ever plagued by self-doubt, he hides it well. He thanks the audience for their support whilst knowing that this is a damn fine band. If you were unsure of coming tonight, concerned for The Godfathers’ legacy, then get your arse down to their next series of gigs. A new single is due this May. As for quality tunes, anthems, just look at the setlist:

The Godfathers can be found online here: godfathers.uk.com. They’re also on Facebook.