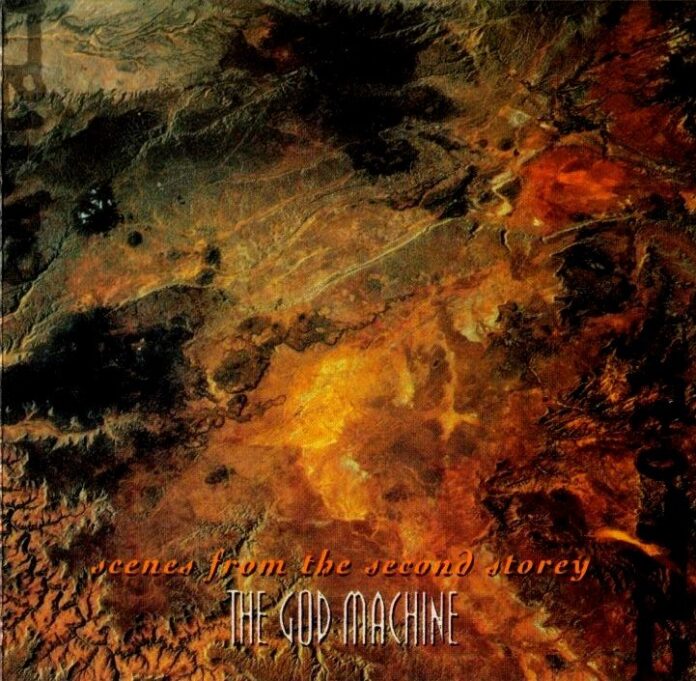 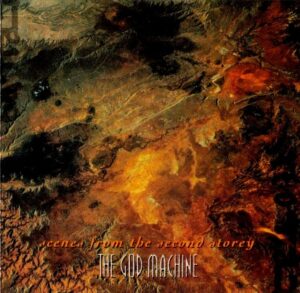 In the 90s, The God Machine seemed poised to become one of the biggest and best bands around, but tragedy was to bring a premature end to the band. Banjo looks at their story.

There are some albums that, for whatever reason, don’t grab their fair share of the spotlight. Despite the fact that they are 24 carat gold, they never sell in significant quantities and never seem to appear in the usual lists of best albums ever made, not even hovering around the bottom of the pile.

In fact, there are bands that fall into this category, never mind just albums. Perhaps the music they make is too deep, too heavy or just too much for the mainstream to buy into. Perhaps they are just ahead of the artistic curve and by the time other bands have caught up their time is over.

But this commercial disregard does not diminish their worth. Their value is measured not in terms of units shifted, but in souls moved. In fact, as we all know, the bands and albums that tend to exist on the fringes of the mainstream are the ones that make the albums that we love the most.

It is worth shining a light on an overlooked band and reminding ourselves of this fact. And no band deserve the spotlight once again being shone in their direction than The God Machine. With their debut album Scenes From The Second Storey, The God Machine created an album that should have gone on to define indie rock for the 90s. But even at this early stage, tragedy was just around the corner for The God Machine and the band’s existence was cut short.

The God Machine moved to London from their native San Diego where, as other bands before them, they found that success was a hard thing to find and they soon found themselves skint and resorted to busking to earn enough money to get by. Signing to Fiction records, the band released a couple of EPs that marked out their territory in the 90s musical landscape.

First came Purity, with lead track Home showcasing their bone-crushingly heavy sound perfectly. Next up was The Desert Song EP that showed The God Machine were capable of so much more than just rocking out, with influences such as The Cure, Spacemen 3 and Swans.

Debut album Scenes From The Second Storey followed in 1993 to considerable critical acclaim. The album takes us from one polar extreme to another; some songs are quiet and barely there, while others are loud and complex. Our recent look back at Joy Division’s Closer album featured a quote that described the works the ban created as “awful things carved out of black marble.” It’s a description that also sits perfectly well with The God Machine.

Scenes From The Second Storey is, quite simply, an epic rock record, where The God Machine managed to fuse overdriven guitars, pounding rhythms and unflinchingly intense lyrics and somehow came up with music that elevates rather than dampens the spirit. There is an energy about their songs that leaps out at the listener. In fact this is the first thing that one notices about their music. This is not to say that The God Machine operated with a limited sonic palette; they were as adept with a slow, sparse song as they were with a full on aural assault. They were masters of the quiet-loud-quiet ethos that Pixies and Nirvana had employed to such great effect. They left spaces in the sound for the songs to grow, where most bands would fill the gaps with unnecessary noise. A skillful mix of less is more and more is more. Their sound appealed to different groups of listeners, back when such things existed, being awarded single of the week in the near polar opposites of the NME and Kerrang! Scenes From The Second Storey starts with Dream Machine and immediately sets out its stall by demonstrating the two sides to The God Machine’s music. Minimal drums, a fuzzed bass, snatches of barely audible dialogue and an organ create an atmospheric beginning and then, almost without warning, the song suddenly turns and heavy guitars lock horns with pounding drums and the band’s rock side roars into view.

Guitarist and singer Robin Proper-Sheppard has an unlikely voice for this kind of music, but it adds an introspective edge to their wall of sound that helps give the songs their identity. Ronald Austin’s drums take a lot of punishment on Scenes from the Second Storey, sounding crisp and full at the same time. Jimmy Fernandez does a fine job of holding things down with the bass, often alternating between supplementing the guitar lines and playing counter melodies.

As Dream Machine comes to a close, we are left in no doubt that we are dealing with a superior rock band. One song is all it takes to convince us of that. Second song She Said makes no pretence to being anything other than what it is; a full on rock stormer. But again, there are things going on under the surface, as Proper-Sheppard sings “She said you chew me up and then you spit me out. You can’t do those things” As it nears the middle, The God Machine break into a stop/start section that shows just how tight the band are and presages a similar effect to that employed by Foo Fighters many years later.

The Blind Man, grows out of a slow plucked acoustic guitar into a huge wall of sound, without there ever being a jarring change or shift of gear. Instead it develops from these simple roots until it creates a storm of sound, gathering momentum as it goes. The effect is staggering and when the song finishes it feels like you have come to the end of a long journey and you need to take a breath, rest awhile and reorientate yourself with your surroundings.

I’ve Seen The Man is the album’s shortest song, clocking in at a mere 2:39, but managing to capture a great deal within its short time frame before finishing with the line “Damn God”.

The Desert Song was released as a single and as again has a slow, atmospheric start with spoken dialogue before the song kicks in, bringing echoes of a heavier version of a Cure song. Sampling was in its infancy when the album was recorded, but The God Machine make the most if its limited abilities on this album adding snatches of sounds to the mix and using them to create further atmosphere.

Next track Home is another example of this, starting with a sample of Bulgarian folk music from the first 4AD album, Le Mystère des Voix Bulgares. Again, heavy guitars soon take the song in another direction before petering out at around the five minute mark with Bulgarian voices being used to bookend the song.

It’s All Over features a plaintive circular bass riff with Proper-Sheppard singing “Why do all the things have to change just when they mean the most?”. Echoes of The Cure again raise their head and it is no surprise that The God Machine were also signed to Fiction records.

Temptation turns the volume levels up, adding Swans influences to the album, before Out and Ego again illustrate the band’s twin personalities by starting off as quiet, reflective ballads before going all ROCK on our asses.

Seven is the album’s centrepoint, an epic of almost 17 minutes that shows how nuanced the band could be when they allowed themselves the space to explore. The song takes us through peaks and troughs and demonstrates what superb musicians The God Machine were and how they could restrain themselves for the sake of a song. The pace may be slower, but the intensity has not been turned down a single notch.

Not being a band who offer light relief, this is followed by another epic, the incredible 9 minute Purity.

For most bands, Purity would be the album closer, as great swirls of noise bring the song to a close. But The God Machine were not most bands and they had another trick up their sleeve with The Piano Song: a (not surprisingly) piano-led song that serves to calm things down after what has happened for the last 70-plus minutes, a drink of cool water after a long, hard journey or the outro to a film soundtrack.

By now, the quality of The God Machine and of Scenes From The Second Storey is inarguable. By rights, the band should have been making waves and working their way up festival bills, playing to larger and larger venues and going on to define a way ahead for guitar music.

But life is not always kind and tragedy was waiting in the wings. While recording their second album, bass player Jimmy Fernandez complained of sever headaches. He went to hospital where he was diagnosed with a brain haemorrhage, fell into a coma and died. The rest of the band understandably decided they could not continue without their friend. All work on their second album stopped and the record was released as was, under the title One Last Laugh In A Place of Dying. Even the working titles the songs had in the studio were left as they were, brief descriptive titles such as The Tremelo Song, The Love Song and The Flower Song.

Robin Proper-Sheppard went on form the also excellent Sophia and Ron Austin got involved in film making before forming another band, Mercylane.

But it is as The God Machine that the band members will be best remembered. Those who have already been e exposed to their music will already love it and they will also perhaps shed a tear at the band’s sad end and the sense of a frustrating loss of unfulfilled potential. For those of you who are yet to discover this astounding band, you perhaps are the lucky ones. You have a whole journey ahead of you, a journey that will include a new love, heartache and the joy of being introduced to some flawless and incredible music.

The God Machine can be found on Facebook here

Sophia can be found here

Mercylane can be found here

All words by Banjo, you can find his other writing for Louder Than War here