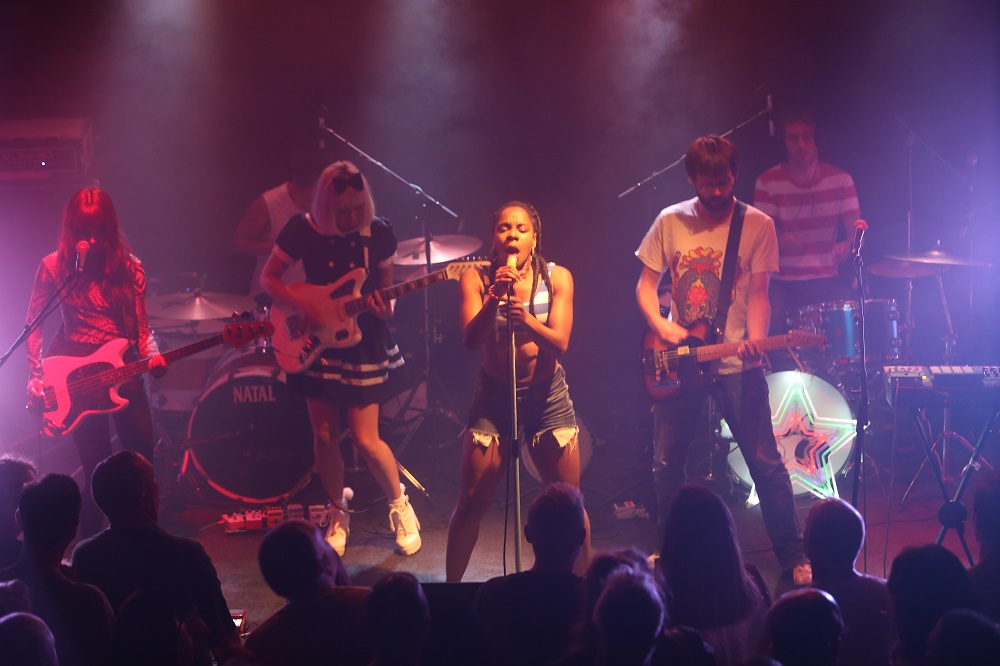 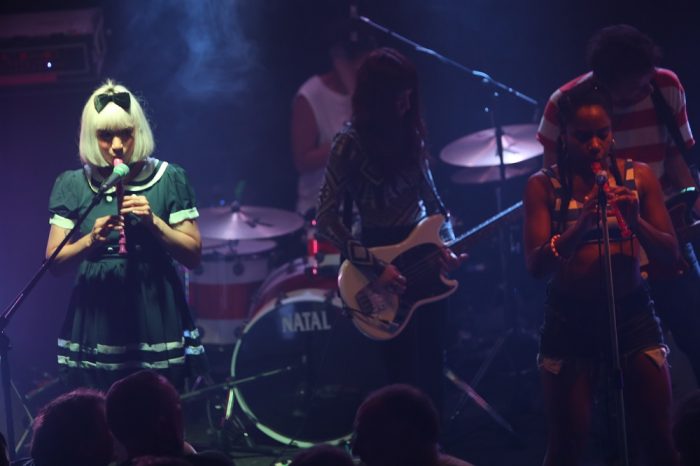 Sometimes a gig can be a serious affair with loads of sad hipsters stroking their chins thoughtfully or it can be just a bloody big house party with The Go! Team.

From the moment lead vocalist Ninja bounds on stage it was party time as Brighton’s finest band crank out big bouncy tunes across a dizzying array of genres with incredible energy as a mostly older crowd got on with reliving their lost clubbing days.

It was always a shame that the Go! Team took a sabbatical as all their albums are packed full of pop gems, and frankly in these austere times some high energy fun is much needed.

But make no mistake it’s not just head-down mindless pop as songwriter Ian Parton and his gang put a huge amount of thought into their work and it shows as the crowd just go bonkers all night.

Ninja is a natural front-woman bouncing round the stage with a gift for getting the party started and keeping the energy up exhorting the crowd to join in. It is a joy to watch her bounce around pulling dance moves during She’s Got Guns.

It was bit of a shock when guitarist Sam Dook pulled out a banjo on the more reflective Everyone’s A VIP which somehow turned into an old skool rave as the whole crowd waved their arms in their air in a touching moment of communion between the band and their hard core fans.

It’s not all Ninja as guitarist/Keyboardist Angela Won-Yin Mak takes her turn on vocals to great effect as her mate takes a well-deserved  breather and Blowtorch was reminiscent of Shonen Knife’s peerless powerpop.

The Go! Team crowd have moved from all weekend clubbing to real life so The Art of Getting By has transmuted into something that now looks both backwards and forwards as four of the band join in the vocals.

The pure pop of Apollo Throwdown rounds things off perfectly as the band jump up and down with huge smiles on their faces because they know they have smashed it.

The whole night was summed when at the height of their euphoria Ninja and Mook accidentally crash into each stage laughing at each other as they spring up to finish the tune. It’s spontaneous moments like that makes a Go! Team gig something special.