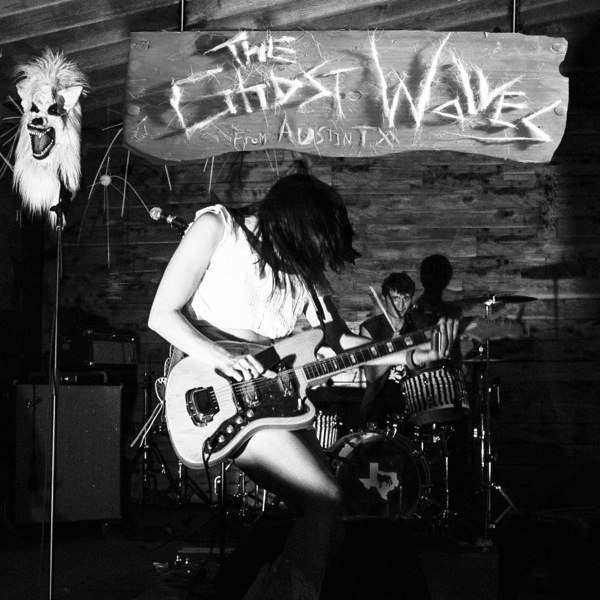 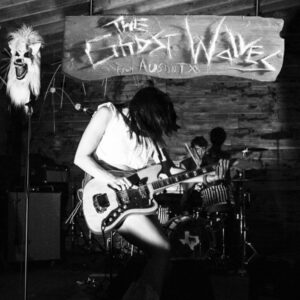 Carley and Jonathan Wolf, The Ghost Wolves, are in the grand tradition, a married garage rock duo (a la Jack and Meg but without the divorce proceedings) and describe themselves as “stomp and roll”. Forget that, as in fact they’re very much more. Think primal blues, think glam rock sleaze and think punk rock attitude. Carley fronts the band with her fucked up guitar destruction and at times, plays a one string weapon that sounds like the impending apocalypse. Jonathan beats the living crap out of an already beat up drum kit and they both sing, howl and have a splendid old time.

Opening song Shotgun Pistol Grip (great title, that!) sets the scene; fuzzed out guitar that sounds like Dick Dale in a straightjacket  having just been committed to an institution and clattering drums with Carleys’ sultry voice calling down the heavens. There’s a bit of elongated echo on her voice at one point that reminds one of Ghost Rider by Suicide a little. The pulsing groove of the song isn’t a million miles from the NY avant rock legends, as it ‘appens.

Gonna Live continues the scuzzy journey in fine style. Carleys’ voice has (whisper it) a little of seventies glam goddess Suzi Quatro and the melody of the song ingratiates itself in the brain just like those Chinn/Chapman songs did about a million decades ago.

There is, to be fair, a glut of two piece blues/garage/punk combos doing the rounds. Gawd knows, I’ve reviewed enough of them. Much of that style of music relies on the old one two of the Zeppelin guitar bludgeon and the braggadocio of the singer. The Ghost Wolves neatly sidestep that hoary cliche by dint of their rather good songwriting. Don’t get me wrong, this is a band that could pummel the life out of an audience but there’s a genuine subtlety about their craft that suggests this might be a group with more than one trick in their arsenal.

Grave Dollas is a punked up, souped up monster with a timebomb as a heart. Carley’s voice has a flavour of ’77 Britpunk girl in it’s hiccoughing, pulse quickening mercury. Holding it all down at the back is Jonathan who’s drumming rarely falters throughout. Ride The Wolf sees his rock solid backbeat summoning the spirit of Nick Knox of The Cramps. I Was Wrong sees the pair duet with that one string guitar bulldozing a path of destruction.

Watch out, The Ghost Wolves are creeping up on you.