Home Blogs Save the DIY promoter not the Venue 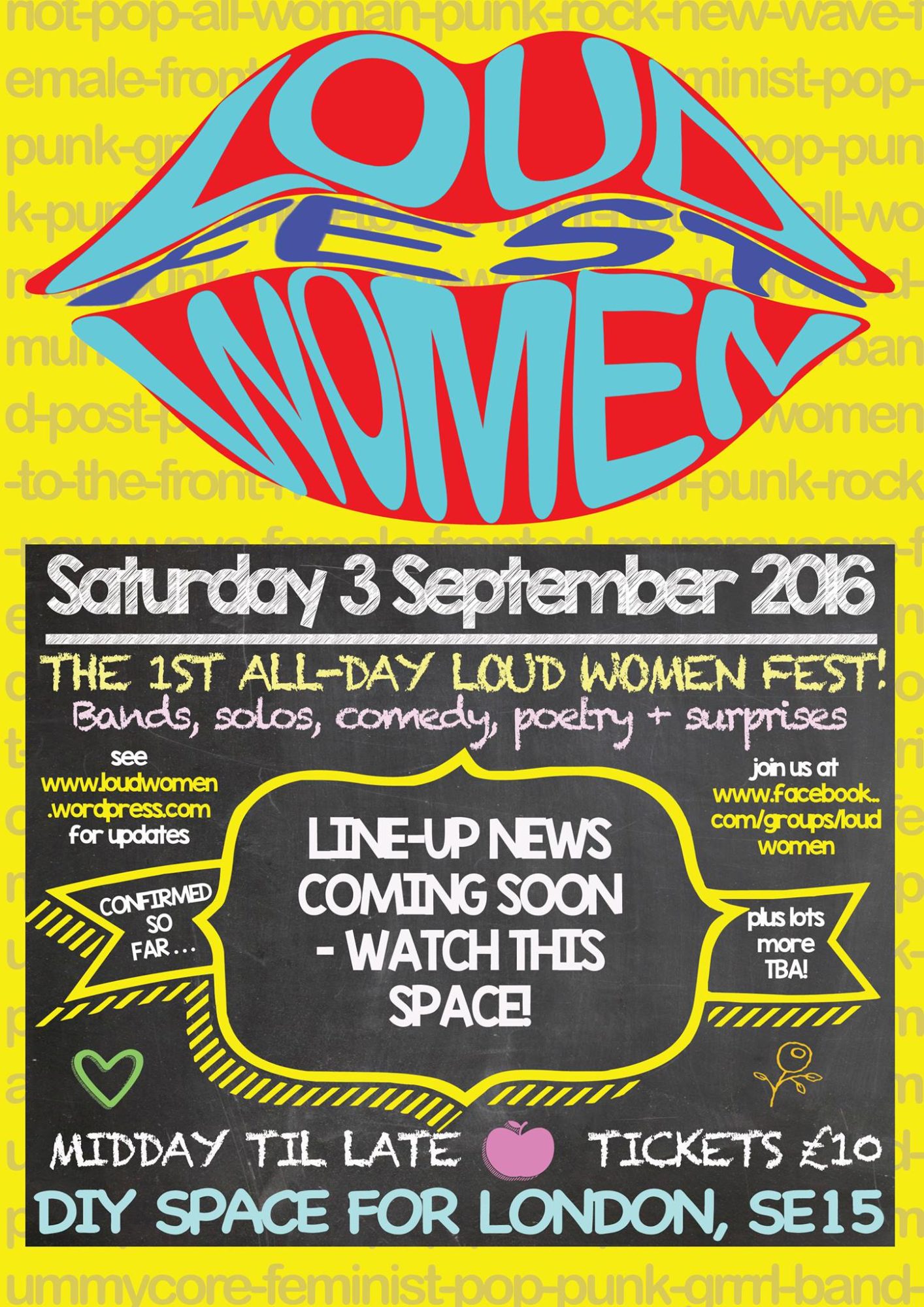 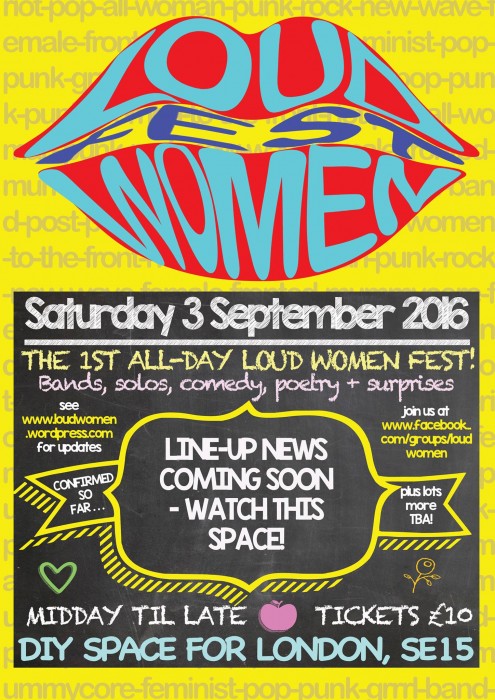 Save the DIY promoter not the Venue

Ngaire Ruth argues that too many pay to play publicans are taking advantage of the small venue rock legacy and the support for the save the small music venue. it’s the art of being a DIY promoters with an ear for new music and a knack for string billings that need saving.

NEWS | THANKS FOR THE HUMANS, MUSIC

According to a report published by the Department for Culture, Media and Sport 2015 (https://www.gov.uk/government/news/creative-industries-now-worth-88-million-an-hour-to-uk-economy), creative industries are now worth £8.8 million an hour for the UK. A large part of this income, nearly £5 million per annum, comes from the music industry. But if music venues and clubs close at the current rate this figure will drop steadily over time, ruining the UK’s glittering reputation for creating music, fashion and visual art that is both well-respected and much-consumed by the masses worldwide. Without small venues and independent promoters, accessing live original music means high ticket prices and mega-venues; it’s totally prescriptive (interactivity is buying the merchandise), an expensive leisure activity, a ritual of occasional worship.

In 2015, in London, the Buffalo Bar, Madame Jo Jo’s, the 12-Bar Club and Power Lunches – all beloved independent venues that supported unsigned bands – have closed.

The media calls them “grass roots venues” and everyone from The Beatles, The Who and David Bowie started out in them. They were the launch pad for punk, which in turn spawned a DIY ethic that continues to this day.

2015 was the year of the super groups in DIY London town, by which I mean members of great bands making more bands (Trash Kit, Thee Faction, Keith TOTP, Ye Nuns). Faces from ages past (that’s the ‘nineties) have been popping up in new exciting bands; the combination of one or both make a super group. The Breeders were a super group, made up of members from Throwing Muses, The Pixies and That Perfect Disaster. One of the best gigs in London this year was Bamboo at Upset the Rhythm, Power Lunches, which is Rachel Marie Horwood from Trash Kit and Nick Carlisle from Peepholes: Electronic, soulful, indefinable and even an electric banjo with a Korean tinge. Debut album “Prince Pansori Priestess” is due out soon. The Wimmins’ Institute includes members who were in Riot Grrrl band Linus, (Deb van der Geugten and Jennifer Denitto), although not both at the same time, with members from Brass Kapital and Thee Faction.

After some polite exchanges with the official WI, who finally agreed to The Wimmins’ Institute’s spelling, the band launched into a great year with a debut gig at Paper Dress Vintage and ended with a debut album “Badass Lady Power Picnic” (https://wimmins.wordpress.com/). If you’re looking for reference points: The Raincoats meets Throwing Muses, with an individual down-to-earth humour that shows these women live their ordinary lives with extraordinary flair, wickedness and good grace. Take “Mansplaining” or “Boy Rules” for fun, and “Darling Heart” to take flight. The Morning Star named “Mansplaining” ‘Best Single of the Year’ (Bob Oram) and Steve Lamacq loves “Boys Rules”. The addition of a trumpet and shuffling around the stage, changing roles and instruments in the way that the infamous Ut used to, is all part of the charm. (https://www.facebook.com/theWimminsInstitute/?fref=ts)

Argonaut (https://www.facebook.com/argonautband) are another type of super group: raging newcomers that proudly and irreverently show how their indie super heroes and heroines have influenced their music, and good reading in the name, have already been reviewed in the mainstream press. The band’s energy – enthusiastic, engaging, poppy and preppy in attractive portions – is completely at odds with the ‘Siousxie and the Banshees meets The Pixies on psychedelic meltdown’ all-embracing sound. The altogether compelling “I Want More Life” is the monster of this combination.

All we want (all we really, really want) is to bask in the rewards of a chosen family, to feel we’re part of the circus, an alternative army even. Three bands and an audience that fits becomes an interactive game of knocking that old Wall of Jericho down, and it’s amazing.

Best moment this year: when TED’s vocalist/guitarist Tegan Christmas leapt into the audience with her kazoo and Jennifer Denitto joined Kris, guitar, for a freefall through X-Ray Spex “Oh Bondage! Up Yours!”. It was at a Guided Missile event, at The Islington, and frankly it was a defining moment. The music was spot on, Tegan was a magnet of love and mischief, and so, having always mocked young men jumping around dangerously at gigs in my Melody Maker days, in reference to their otherwise lack of human contact, I unashamedly did the same; feeling equally smart and sassy, at least for the song. Considering I started writing about women in rock’n’roll in 1989, what a rollercoaster; I was celebrating.

A grass roots venue is not just about the building: that’s a means to an end. The success of a good night out depends on the enthusiasm, dedication and musical knowledge of independent promoters, who pay the landlord and a sound engineer a fee and work hard to make it a night to remember; the myriad of roles required in event companies rely on one person.

On any night at a DIY event you will find the writers, artists, coders, managers, set designers, journalists, photographers, illustrators, fashion designers, academics, musicians, sound engineers, PR’s of the future,  a good three million of that 8.8 million statistic. And with the cost of University places excluding many, regular DIY clubs and gigs will be the only place creative minds will be able to meet. It’s the place musicians want to hone their skills; the place to let your freak flag fly, on or off the stage.

In a traditional political manner of feigned concern and response, Mayor of London Boris Johnson set up a music venues trust taskforce this year, chaired by Mark Davyd, which produced a report released on 19 October. Mr Davyd said: “Any night in London you can still see 60 different stages with 180 brand new bands. It’s cheap, it’s local, and it’s affordable. We need audiences back in these venues.”

He added: “Let’s take all of the cost out, let’s put support behind them. The music industry needs to come in and let’s have the thriving venues in London we so desperately need.”

“The music industry should step in” (screams in panic). Asking the music industry to intervene in is beyond absurd because everyone knows they haven’t got a clue what they’re doing. You can’t make a formula for a scene like you can a pop band or artist. Who would have known that TM 808 machines flooding pawn shops would find a new, creative audience; yet hard to imagine a world without hip hop now? Worse: industry giants would commandeer events/venues to bring ‘authenticity’ to bands and artists produced by the pop sausage machine. The audiences would go deeper underground.

INVEST IN DIY PROMOTERS AND EVENTS

Promoting independent nights takes an entirely different creature to an agent or promoter of mass events. According to Trevor from Oddbox, a DIY label that hosts regular events, he averages about three hours work a day in a seven-day week, unpaid, to keep it all going. As much time is spent listening to unknown bands and finding the right acts to put on together and in what order so that people leave inspired and motivated, as time spent on marketing and promotion. Trev is organising a DIY festival (https://www.facebook.com/events/905125196235402/) with promoter duo Day Of The Triffads. (https://www.facebook.com/Night-of-the-Triffids-123471561086464/?fref=ts).

But DIY entrepreneurs should be allowed to make a living. Tobi Blackman who has the blessing of Mark E Smith runs a DIY enterprise, Dictionary Pudding (https://www.facebook.com/dictionarypudding/?fref=ts), in Brighton and Hove, and re-launches his tuff enuff record label this year. He also hosts bigger concerts, as one offs, producing billings that mean a full house from the off.

Cassie Fox launched LOUD WOMEN this year, following the success of the all-woman punk gig she put on for the We Shall Overcome weekend. That gig packed out the Silver Bullet in Finsbury Park (recently named one of the best London venues), and saw established artists Blindness (featuring of course the legendary Debbie Smith) sharing a stage with newcomers Dream Nails (friends of Cassie’s through campaign group Sisters Uncut, given their first gig that night, a now legendary performance that’s seen them hotly tipped in the national press). Loud Women is as much a concept, as a great night. Its Facebook page has become the place for women in bands to post details of gigs, searches for musicians and generally, exchange information (www.facebook.com/groups/loudwomen). The night has attracted a huge amount of support – with gig-goers coming from all over the country to see bands play in LOUD WOMEN’s Brixton and Finsbury Park venues. Cassie says her inbox is overflowing with hopeful new bands eager to play, so this year she’ll be hosting gigs in Newport, Brighton, Leeds, as well as the regular London nights. She’s also putting on a one-day festival on 3 September at the newly opened DIY Space for London – the perfect venue for this fest which will see a huge mix of bands (Louise Distras, Desperate Journalist, Grace Petrie, Dolls, Petrol Girls, to name but a few) alongside top female comedy (Josie Long) and spoken word performers. loudwomen.wordpress.com

The music venues taskforce should be recommending financial and business support for the independent promoter, understanding they’re the entrepreneurs and creative directors of the future.

I only appeared at The Falcon, Camden just in time to see Damon Albarn leaping off the monitor into a crowd of three, as if Blur were already headlining stadiums, and P. J. Harvey before any release at the White Horse in Hampstead because I was a regular of the DIY events at the pubs and trusted the independent promoters. (Paul Cox of Hampstead’s past Sausage Machine now runs Artrocker events.) Similarly the Bull & Gate, Kentish Town, which featured several indie nights by the greats and where I saw Manic Street Preachers at the bottom of the bill, and The Greyhound pub in Shepherds Bush, also closed now, where I saw Nirvana bottom of the bill to Tad and Mudhoney. I rest my case.

If you want to help in the campaign to raise funding for DIY promoters contact: savethejustdoits@gmail.com

Not to be missed: