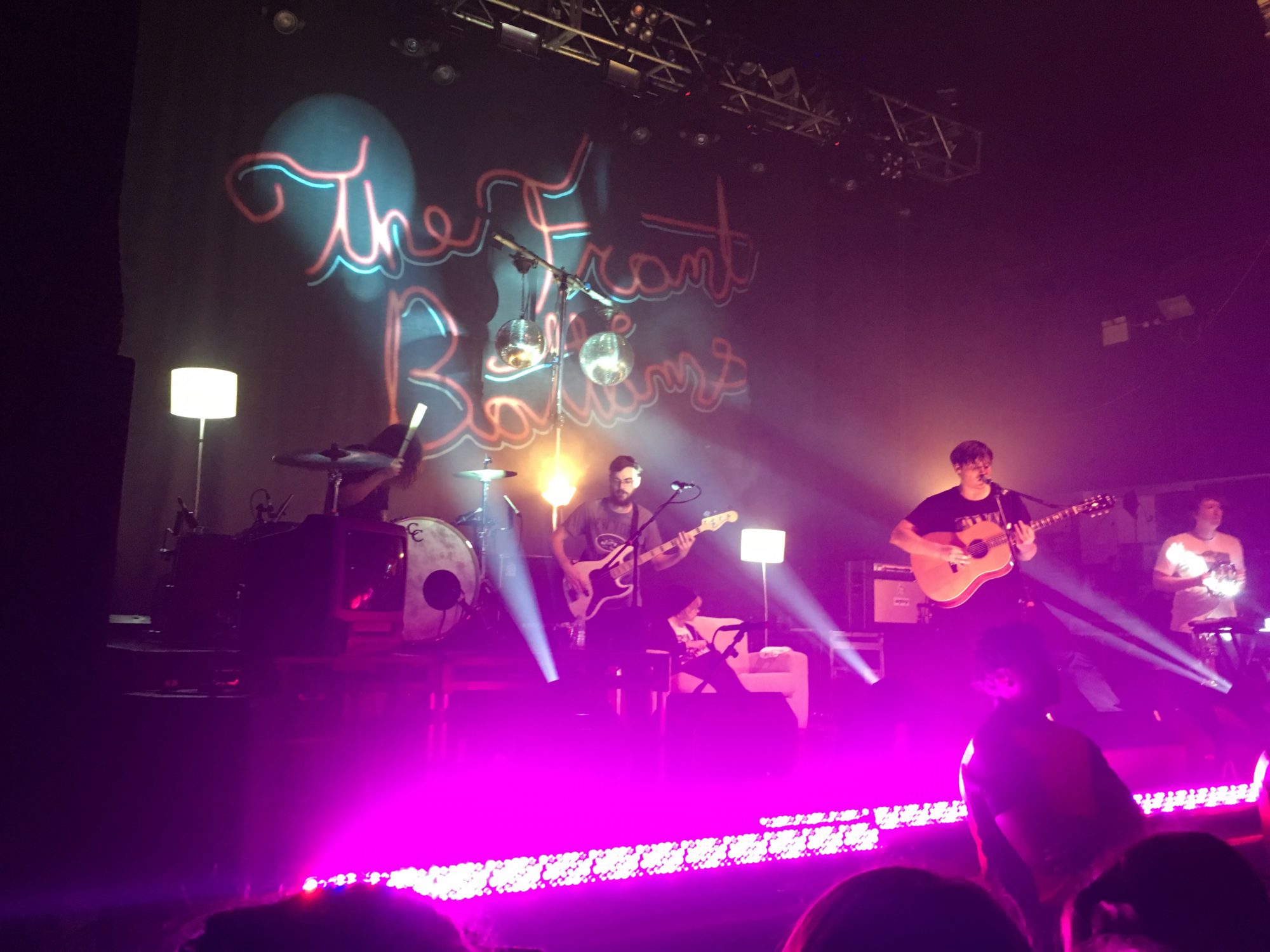 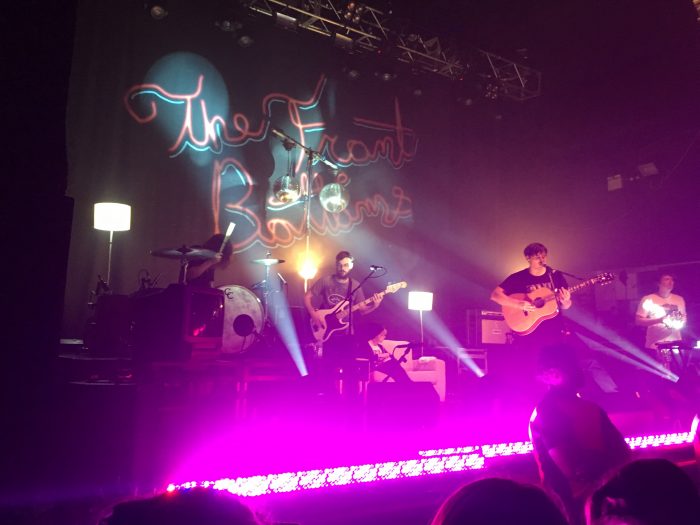 The idiosyncratic, emotionally-wrought New Jersey band bring their brand of punky lamentations to a packed-out Birmingham crowd, complete with sofas and TVs…but no shit. This is what Sam Lambeth wants, motherfucker, make it happen for him.

“I wrote this song about my darling ex-wife,” rues The Front Bottoms‘ Brian Sella, in between fiddling with his treasured acoustic guitar. As ever, his face is rigid straight, so whether or not he’s joking becomes a bit of a blur. It’s a fitting format, though – The Front Bottoms have lured in legions of fans through their charmingly unique brand of warped indie rock, where the key selling point, aside the catchy choruses, is Sella’s ability to craft emotionally-crippled cries with a broken heart and an incredibly rich – and rude – lexicon.

Before the band take to the stage – and after stellar support from the Descendents-esque pop-punk of Gnarwolves – the backdrop is adorned with two archaic television sets, some Ikea-esque lampshades and a plump cream sofa; it’s almost easy to forget you’re about to see a rock band and not a smoky jazz comedy duo. However, The Front Bottoms don’t do things the ordinary way – their music is for adolescent mixers, where gawky adults can bathe their burns in beer and regret.

They open with the bouncy shuffle of ‘Skeleton’, a perfect mesh of the group’s lopsided loops and Stella’s urgent acoustic guitar, often played through a funnel of fuzz. Tales of being stoned, jealous and alone are played out throughout, whether it be on the pounding judgment of ‘Motorcycle’, the delightfully sweary ‘The Plan (Fuck Jobs)’ and the emo-esque progressions of ‘Swimming Pool’. Sella and co are good hosts, although the frontman is slightly deflated when he discovers that, unlike their last trip to Birmingham, no one has relieved themselves on the Institute’s floor. “Whoever did that shit, this song is for you,” he quips at one point.

‘HELP’, with Sella doing his best Roddy Woomble impression over a punchy chorus and outro, gets the rammed Birmingham audience bopping in empathy, while their much-loved ‘Twin-Sized Mattress’ sees them shout back every word, although singing back Sella’s wails happened every song – these are anthems for the unloved, and boy do they do them well.