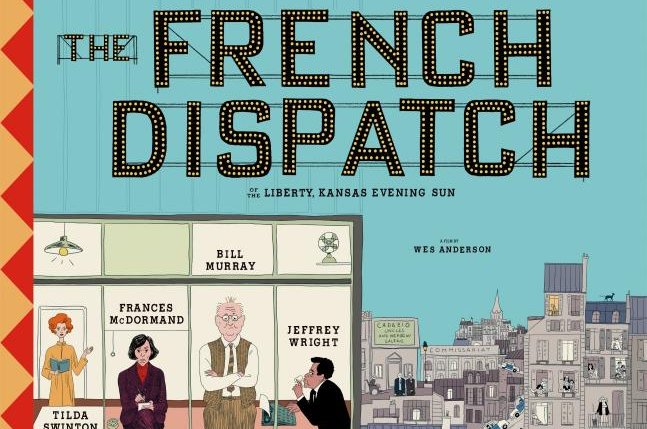 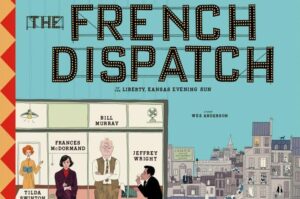 Wes Anderson’s tenth feature film is “a love letter to journalism” told in a typically whimsical anthology of stories for the titular magazine. The director and his all-star cast of regulars and newcomers are on top form in this tour-de-force, says Tim Cooper.

I’ve been an Anderson fan from the start (Bottle Rocket) but I was disappointed by his last human one, Grand Budapest Hotel (not to be confused with the canine stop-motion animation one, Isle Of Dogs). I found it a bit too arch and cold and too Wes-By-Numbers in its symmetry and quirkiness and queasy confection of colours. The new one is arch and quirky and symmetrical too because those are his trademarks, but despite many critics complaining that it’s emotionally unengaging, I really found the opposite to be true. I loved these characters and I loved the way they were played. I even loved their inventive names.

Every frame is so perfectly composed; so much so that even while I was watching I wanted to watch it again because visually it was hard to take in everything on the screen. Aurally too, it’s equally overwhelming: the dialogue is so rapid, especially when it’s in French – half the film is set in the fictional French town of Ennui-sur-Blasé so some characters speak in French, their quickfire speech echoed by subtitles that race across the screen so randomly (top to bottom, bottom to top) – that they are hard to follow. I felt I was playing catch-up with my eyes and my ears – as well as my brain. 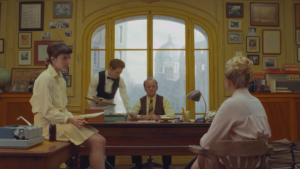 The cast, as ever, is magnificent. Anderson employs his ensemble of regulars much as Woody Allen used to do, returning time and again to hire his favourites – Bill Murray and Owen Wilson leading the list, followed this time by Tilda Swinton and Adrien Brody. There are fleeting appearances by other seasoned Anderson actors including Jason Schwarman and Bob Balaban, Anjelica Huston and Ed Norton, plus blink-and-you-miss-’em cameos by Willem Dafoe and Christoph Waltz, Elisabeth Moss and Griffin Dunne, Willem Dafoe and Henry Winkler and Saoirse Ronan (the last three of whom I really did blink and miss). There’s even a new song by Jarvis Cocker.

This time the starring roles go to Anderson newcomers Benicio Del Toro and Frances McDormand, Timothée Chalamet and, following their exploits together in the Bond film, Jeffrey Wright and Léa Seydoux. Storywise, the film is constructed as a series of tableaux representing articles in the final edition of the fictitious magazine The French Dispatch of the Liberty, Kansas Evening Sun, framed by an obituary for its editor, Arthur Howitzer Jr (Bill Murray) – motto: “Try to make it sound as if you wrote it that way on purpose” – who has died leaving instructions that his magazine must close. 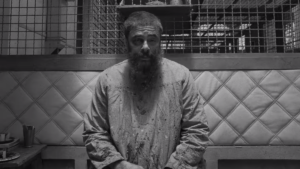 The first strand concerns Moses Rosenthaler, a sociopathic double-murderer serving life (a huge and heavily bearded Del Toro) whose talent for painting abstract nude portraits of one of the prison guards (Seydoux) makes him an art sensation, thanks to the avarice of fellow prisoner and gallery-owner Julien Cardazio (Brody) and the acclaim of the mag’s influential art correspondent J.K.L. Berensen (Swinton, hilariously OTT with buck teeth, orange hair and a tangerine gown).

The third finds the magazine’s cultivated culinary correspondent, the splendidly named Roebuck Wright (Jeffrrey Wright channelling James Baldwin and A.J. Liebling), foiling the kidnap of the police commissioner’s young son, with the help of a gourmet chef called Nescaffier (Stephen Park). He also gets to enjoy the film’s finest line – and there are many – when he admits to “a weakness in cartography – the curse of the homosexual.”

It’s all as light as one of Nescaffier’s soufflés but it’s all carefully choreographed in an alternating mixture of Anderson’s trademark candy colours and richly evocative monochrome, with occasional animated sequences, and a soundtrack by Alexandre Desplat and Randall Poster paying homage to Erik Satie and Thelonious Monk.

Above all, it’s tremendous fun – something we all need a generous dose of at this point – and an affectionate tribute to the (once) noble profession of journalism and the curious cast of characters who choose to make it their trade.