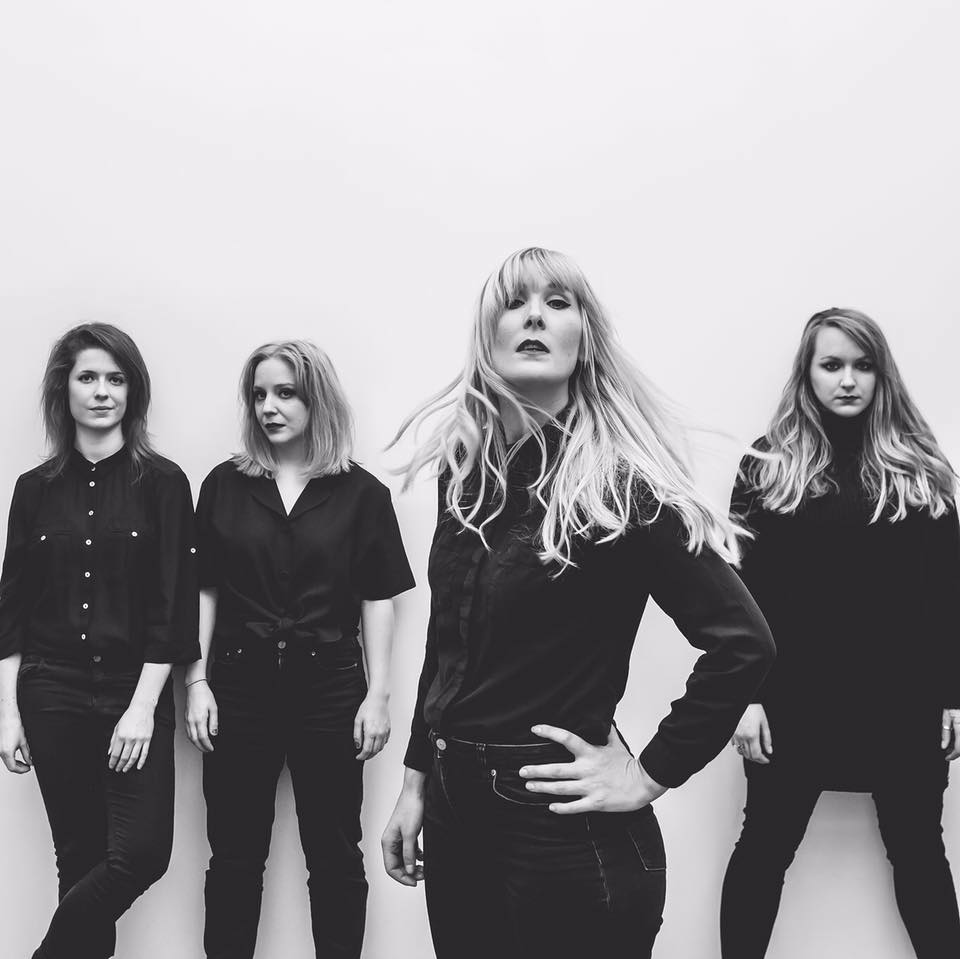 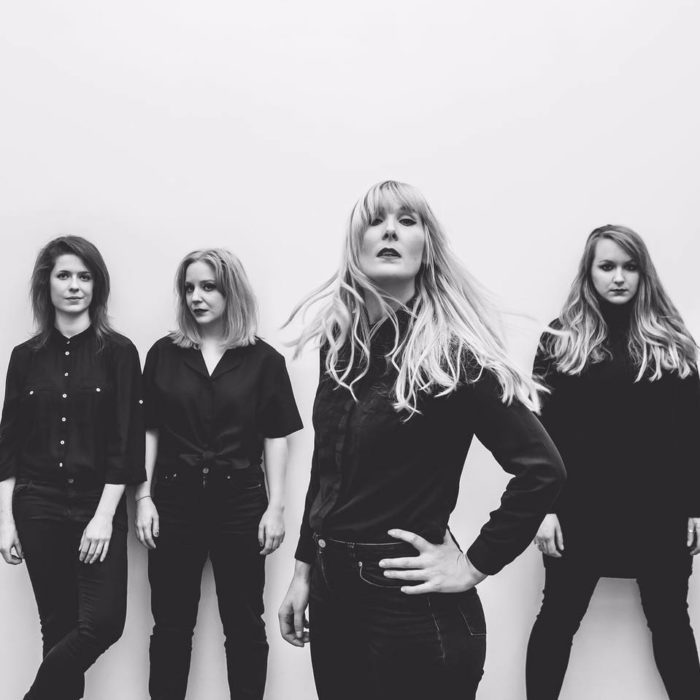 It’s hard not to love The Franklys. As Anglo-Swedish all-woman garage-rock bands go, they’re the top – awesome, catchy songs, killer guitar riffs, heaps of charisma. When they played the first Loud Women Fest in 2016 I came away feeling like I’d seen a band destined to fill stadiums. Selfishly, I’m thrilled that I was able to book them again for this year’s Loud Women Fest (15 September at London’s The Dome), but it can’t be long, surely, before this band ascends from DIY scene to global hugeness.

In the meantime, I’m making the most of being able to watch the band locally, and chat to their supernice members: Jennifer, (vox and guitar), Fanny (lead guitar), Zoe (bass) and Lexi (drums).

Cassie Fox for LTW: The Franklys! I am SO looking forward to welcoming you back to Loud Women Fest! What’s changed for you in the two years that’s passed since our first Fest?

Thanks so much for having us back! We’ve been really fortunate to play a lot of great shows around the UK and Europe since, and meet a lot of lovely and supportive people along the way. I think that our group dynamic has only become stronger, and we are now having more fun than ever together, which can only be a good thing! Our style of music is still very similar, but we are writing songs that seem to have an extra edge to them and we are all very excited! 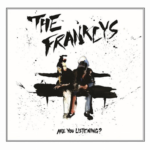 LTW: And of course you’ve released your album ‘Are You Listening’ since then …

It’s a debut album that we are all really proud of, there’s a good variety of songs on there; some pure garage rock, some heavier and some more mellow ones too. We always want to try and push ourselves to get the most out of song and add in quirks that make them a bit more interesting. We recorded with a great producer and engineer called Sean Douglas at Fish Factory Studios & Juno Studios, who we had worked with before so we already had a lot of confidence in him.

LTW: What’s next for The Franklys?

We’re heading into the studio at the end of August for a week to record four new songs, which we can’t wait to do. We’re super excited about this new material, so to finally get it recorded and out there will be great. As part of the world domination plan we will be heading back to Europe in September and October for some gigs, mainly in Germany but also a couple in France, Switzerland and anywhere else that wants us!

LTW: Who are you looking forward to seeing play at Loud Women Fest?

It’s such a strong line up, we want to do the impossible and see everyone really, but we would have to bend time and space for that I guess. So, we are especially looking forward to seeing Petrol Girls, Ms. Mohammed, Dream Nails, Sister Ghost, GUTTFULL and The Baby Seals.

LTW: What’s the most important thing for us to know about your music?

We just want people to have a good time when we play, dance and be happy!

We want that too! Catch The Franklys at Loud Women Fest on 15 September at The Dome, Tufnell Park, London. For tickets and full line-up details see www.loudwomen.org

Interview by Cassie Fox. More writing by Cassie on Louder Than War can be found at her author’s archive. She tweets as @cassieefox or @loudwomenclub