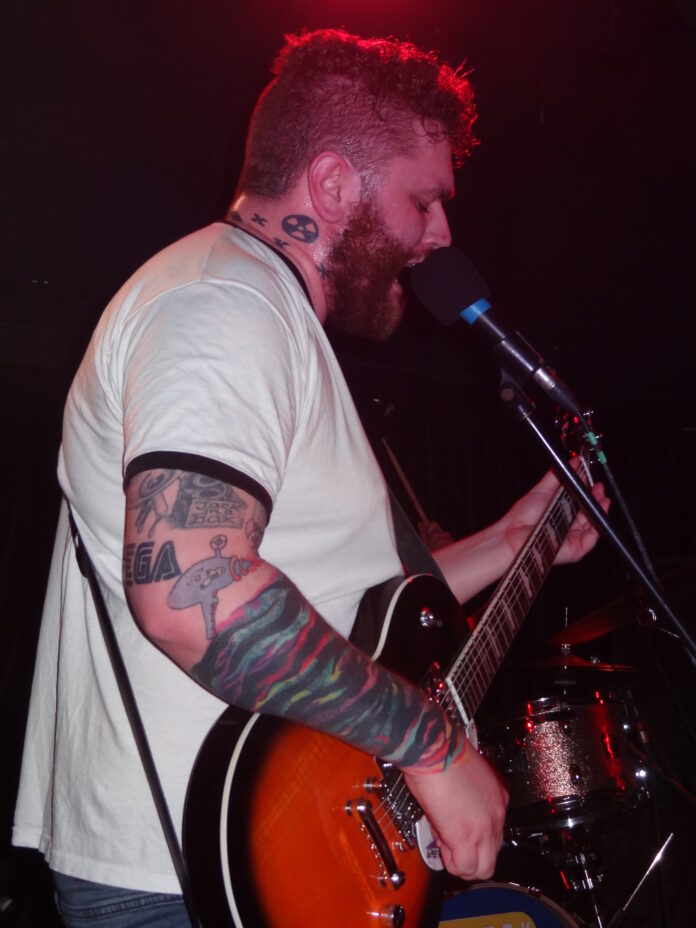 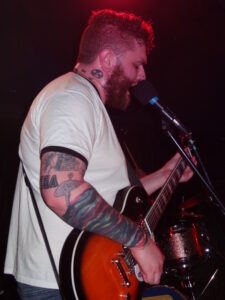 I had been waiting to see The Franceens for a good while; every time I saw a gig date within a 50 mile radius I made arrangements to attend – as it was though various things had cropped up to prevent my attendance, including a strange incident with a medicine ball…but that’s another story and not for these pages!

My frustration had been further raised when those fine people at TNS Records released The Franceens debut album; the rather wonderful ‘Stepford Smiles’ which just reinforced my view that this band were well worth catching.

In the end I didn’t have to travel for The Franceens arrived at District, Liverpool which was rather convenient; first off though, I had to work out where District was…once I had realised that its the new name for the New Picket I was sorted and arrived in time to see the York 3pc setting up; I had reviewed their album and made mention of just how young they were – so who was the bear with the beard stage right?

By the time they step out onto the stage, they are now dressed in matching white T-Shirts, the bear, known to his Mum as Dan Gott is stood stock still, his heavily tattooed arms, including a neat Sega logo which perhaps hinted at his age were literally dwarfing his guitar, stage left the diminutive Naomi Westerman wields a bass like a seasoned road warrior, before Miles brings his sticks down onto his kit to announce The Franceens raucous battle cry; and then we are into 30mins of 50’s splattered garage punk, deep rumbling bass, frenetic beats whilst Dan pinballs the stage, eyes wide, manic gaze – it’s difficult to take your eyes off him as he hurtles round pausing to bark lyrics only to then explode once more; every song is short and to the point – fast paced body shot’s, every track on the album being a single word title – in contrast Naomi casually circles her mic looking like an angelic little girl who one day woke up in a 50’s bike epic ‘Teenage Devil Dolls’…’Nothing’ hurtles from stage, raging chopped guitar, neat harmonies; crowd favourite ‘Attack’ is just that, a full frontal assault on your senses.

By now Dan is sweat sodden, he clearly understands that the best rock n’ roll is raw, it’s a primal beast you should be trying to tether rather than tame, the whining feedback being the sounds of battle, next thing he’s over the barriers and has presented his guitar to bloke in the crowd before joining the flailing mosh-pit, finally remembering to re-join his band of outlaws before closing the set, the audience looking at each other, thousand yard stare as their brains whir trying to assimilate just what they have seen.

The Franceens are loud, this is feral beat music, but music played with discipline – despite their age The Franceens have honed their skills taking on endless tours of the UK and smash and grab raids into Europe; if you fancy some adrenaline coursing mayhem then you can do no better than catching The Franceens live – I’d waited way too long, its not a mistake I will be making again.