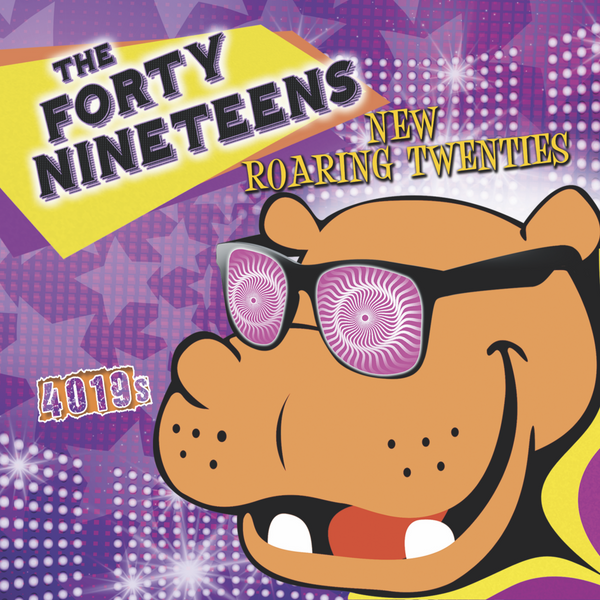 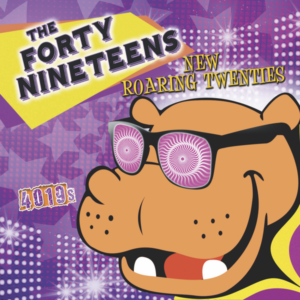 New album from “the undisputed kings of Californian garage rock”, their fifth long-player since debuting back in 2012 with No Expiration Date. This collection is made up of eleven tracks, featuring the recent singles Go Little GTO and Late Night Radio. Ian Canty finds himself bang to rights…

The Forty Nineteens’ unusual name has its origins in the US law courts. Guitarists John Pozza (who also sings lead) and Chuck Gorian were criminal defence attorneys in San Diego when the band was formed. The moniker is an inside joke, Forty Nineteen being a US term that tallies here in the UK with much quoted in TV police dramas “time off for good behaviour”. The band’s current line up is a five-piece with Pozza and Gorian joined by a rhythm section of Nick Zeigler on drums and bassist Kevin Barber, plus Matt Colleran who alternates between lead, acoustic and rhythm guitars. The five have a considerable track record in garage bands, Pozza in The Leonards and both Matt and Nick previously being part of Mary’s Danish.

The Forty Nineteens appear on face value to aim squarely at the instant pleasure provided by good-time garage rock. There’s nothing at all wrong with that when it is done as well as it is here though. I could pick out influence from the 1960’s pioneers on through The Modern Lovers to the Paisley Underground bands and also the poppier tones of The Smithereens. Their first Big Stir LP has the band round up a series of the hot singles that preceded it in the last year, something that perhaps sets it in the classic style of albums of the 50s and 60s. Their vibrancy, way with a killer tune and sheer hard work has gained them many admirers stateside and hopefully when the people over here in the UK cop an earful of this monster it will be the same here too.

New Roaring Twenties gets off to a no-nonsense flyer with It’s For Fun (That’s All We’re Living For), a song that is everything that high energy, exciting rock music should be. This invigorating start is followed up by Tell Me, which starts with a twist of mutant-Bo Diddley beat, before picking out a simple but irresistible melody that leads to a bang-on chorus. Late Night Radio, a tune that features a cameo from ex-Standell Tony Valentino, is a real pounding piece of rock that has garage in its DNA right back to Stepping Stone. Even so, The Forty Nineteens manage to conjure up a fearsomely tight stomp full of attitude. It also comes with the band’s own irrepressible drive and a refrain that quickly lodged itself in my somewhat depleted memory banks.

Starting with a rousing “C’mon Baby”, We’re Going To Las Vegas takes the listener right back to the original thrill of rock & roll, rather like the Flamin’ Groovies decades before. Go Little GTO follows in a similar manner, imbued with the stamp of pure fun that was a key factor in the early years of rock. Keeping the freshness and with a slight tinge of nostalgia for lost youth, Time Marches On allows the listener a different view of The Forty Nineteens, a delightful folk-rock number with a jumping rhythm and sinuous bass doing a great job in the background.

You’ve Got Stardust Eyes then comes in at mid-pace, with a nice lazy vocal delivery. This number has some smart keyboards from drummer Nick (not sure how that works out live!) and gritty, growling guitars too. Real beat music bounce is a feature of I’m Always Questioning Days and it is paired with a sharp and sardonic lyric about the profoundly odd days we currently inhabit.

It’s The Worst Thing I Could Do pares the music right down after a punky opening, keeping back lots of jangle and impact for the hook of this one. A punchy and tasty piece of new wave entitled You’re The Kind Of Girl is next, keeping the quality level high in fine style. The set finale is the masterclass in tough pop We Can’t Change. There’s no showing off, just real power and beauty, touching slightly on psychedelia at times, but never enough to put their hard-rockin’ ways in doubt. The Forty Nineteens on New Roaring Twenties do an admirable job of marrying sufficient bite and pure pop nous.

Simply put, New Roaring Twenties is a hugely enjoyable and tuneful slice of pleasingly raw 21st-century rock & roll. That’s something that sounds easy to achieve, but few actually manage it. This record does and some of it is due to the excellent production job given it too by the band along with Paul Dugre and David Newton, which offers the ideal setting for the great melodies included to shine. The Forty Nineteens sound like a band that could really blow the roof off a venue, full of maximum energy allied to solid playing. But they also are more able to really deliver the goods on record with a disarming and easy charm, something that is proved time and again here.