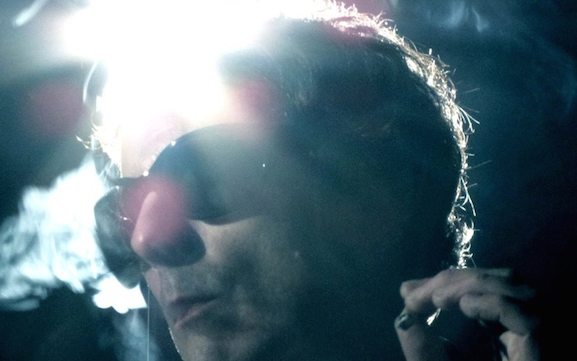 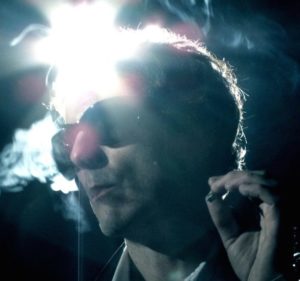 The Flies, formed around Sean Cook who is late of Spiritualized and Lupine Howl and currently plays with Elizabeth Fraser and Massive Attack, launched their new album last week in their home town, Bristol. Ably supported by Louder Than War favourite Candy Darling it sounds like it was a night to remember. Philip Allen was there for us on review duty.

There is a definite buzz in the air tonight. As Candy Darling take the stage, it’s hard to find a space in the overflowing crowd who have made the effort. The audience is a decidedly more sophisticated lot that we are used to here at the Exchange. Both bands are releasing records today and Bristol is showing it’s love in numbers.

Candy Darling’s set feels like a freight train. Despite the first few songs being marred by sound issues, singer Emily Breeze’s intense  musical vision is a jaw dropping experience. Dynamically dark riffs spark from guitarist, Rob Norbury, fingers like an electric storm, matched with Emily’s sultry voice and the brooding synths of Adam Coombs, it’s a marriage made in heaven. The new single, ‘Money’ is a fantastic slice of inspired ego and intention, conjuring the energetic attitude of the 70s New York underground outsiders, Suicide. But it’s Emily’s voice that truly hypnotises, washing over you like treacle and tar. Go buy the single and find out for yourself!

Whereas Candy Darling use their wall of sound to slap you into submission, The Flies find a different route to your heart. Lead singer and guitarist, Sean Cook, formally of Lupine Howl and Spiritualized, delicately crafts his beautiful songs whilst disarmingly whispering into your ear. The bitter sweet tension of his lyrics and music feel timelessly classic, perfectly displayed in their new single, ‘One Day My Baby Will Leave You’. The talent on display from all members of the band is astounding and considering the extent of their experience, it’s understandable with Emmy winning soundtrack production team (The Insects), Bob Locke and Tim Norfolk on key and lead guitar,  Andy Spaceland (Alpha) on Bass, Damon Reece (Massive Attack/Spiritualized) on drums.

The set tonight was cinematic in it’s scope, and their emotional resonance made the hairs on the back of my neck stand up at numerous moments throughout the night. Utterly professional with the right amount of nonchalance. Some truly inspiring moments of musicianship from Cook and the band. Sublime. New album, ‘Pleasure Yourself’ is available now!