Home Music Bands Bristol’s The Fleece Venue May Not Be Forced To Close After All... 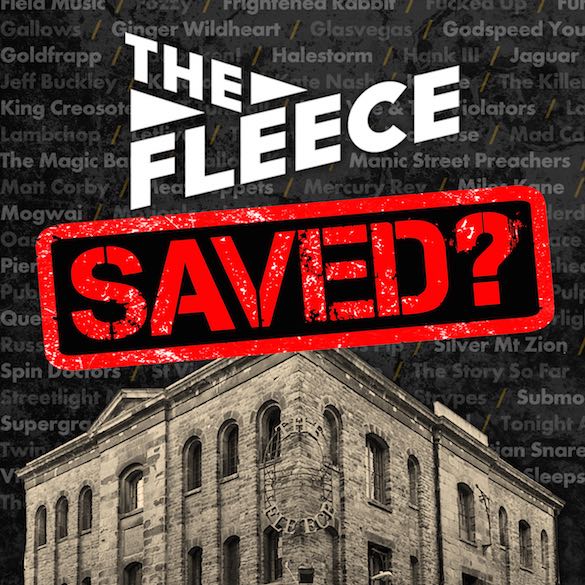 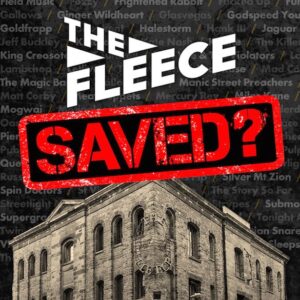 Well this is a turn up for the books and not the sort of thing we very often get the chance to report – a music venue, The Fleece, in Bristol, that’s (probably) NOT in danger of closing anymore!

It looks like The Fleece in Bristol may be saved despite, as we reported before, an imminent threat to it in the form of potential noise complaints following the building of flats opposite. This verdict has far reaching implications that could positively affect every city centre venue in the country. Read on to find out why.

The Fleece is one of the countries most well loved venues and a regular fixture on many bands touring schedule. Planning permission was being sought to build a block of flats opposite it – permission which inevitably would have been granted – and the noise complaints that would have ensued upon it’s being occupied would have no doubt meant curtains for the venue – as we’ve seen many times before with other places across the country.

The venue wasn’t attempting to stop the building of the venue of course, just trying to ensure some serious noise-proofing on the developers part was taken into consideration while they were building the flats. The Fleece, needless to say, had already promised to undertake noise insulation themselves, at great expense, but without cooperation on the developers part it probably wouldn’t have been enough.

The developers were adamant that they weren’t legally obliged to change their plans to include noise insulation and so inevitably, as it’d cost them shedloads of money, they were staunchly refusing to do so. The decision was in the hands of the local council who were handed a petition signed by 41,500 people, all desperate to try to save the venue.

We now have that decision through and it seems the planning permission has been granted but it will be subject to “a number of strict acoustic conditions that will help protect the amenity of future residents and the ongoing viability of The Fleece.” One such condition requires that residential units be subject to noise assessments prior to being occupied to ensure reasonable noise insulation. This, in turn, will greatly minimise the chance of noise complaints against The Fleece.

Geoff Barrow from local band’s Portishead and BEAK> congratulates the council on their decision.

…and suggests a band to be used as guinea pigs for the sound test – local band Gonga.

This case is vitally important as it’s being regarded as a test case. If the verdict here had been that the developers could have their way and not make any sound-proofing amendments to their original plans the decision could, possibly, have been applied to other venues across the UK. In other words, this would have set an incredibly dangerous precedent for all venues in the country, including theatres and other cultural centres.

Kerry McCarthy MP (and Louder Than War contributor) has been working hard on this case and has been petitioning both the Culture Secretary and the Communities and Local Government Secretary (Sajid Javid and Eric Pickle) to ask them to intervene to resolve this case. The last thing any music fan wants is for an avalanche of similar threats to other venues in the country after all!

And it looks like the developers have only themselves to blame:

“In a letter presented to the Planning Committee the day before the meeting, the developer threatened to go ahead and build the flats without sound proofing or external alterations unless the recommended noise insulation conditions were dropped. They argued that “Prior Approval” for the scheme had already been granted last year and that noise issues should not be considered as part of the ‘external works’ application up for determination.”

“During the debate, one Councillor described this as “bullying”, while another ironically thanked the developer’s solicitor for “travelling all the way from London to tell the committee members how to do their jobs.”

“The Planning Committee then voted to apply a further condition requiring all flats on the St Thomas Street facade (which faces The Fleece) be fitted with mechanical ventilation and permanently fixed-shut windows.”

“This is a really positive day for the Save The Fleece campaign. We are delighted that Bristol City Council have applied these conditions to the approval notice and are satisfied that these noise insulation measures will considerably reduce the likelihood of noise complaints from future residents if applied correctly.”

“The Council’s decision will be seen as a vital “test case” which may be good news for music venues and theatres all over the UK who find themselves in a similar position to The Fleece as a result of last year’s relaxation of the planning laws under Permitted Development Rights. Our fight is far from over as the developer still has the right to appeal, but the future of the venue is definitely looking brighter after yesterday’s decision.”

“We would like to take this opportunity to thank the planning committee for taking on board our concerns, Kerry McCarthy MP for her relentless campaigning on this issue and to the 41,500 people who signed our petition”

We will, of course, update you if any further news develops. And carry on reading Louder Than War for more reviews from one of our favourite venues for, hopefully, many years to come!